The closer we get to the fall debut of Venom on October 5, the Ruben Fleischer picture continues to amp up the hype as Sony attempts to branch out the Marvel property. Tom Hardy was on hand with his director to give fans at Brazil Comic-Con a taste of the action on set, sporting a new t-shirt accompanied with the official logo of the franchise.

With Woody Harrelson linked to a key role to join Hardy, Michelle Williams, Riz Ahmed, Reid Scott and Jenny Slate, many of the comic book fans are pondering the thought of the spinoff linking up with Tom Holland's Spider-Man. While talk has been cool on the crossover given the shared property between Sony and Disney, a fresh scoop indicates that the Englishmen will be facing off on the big screen this year. 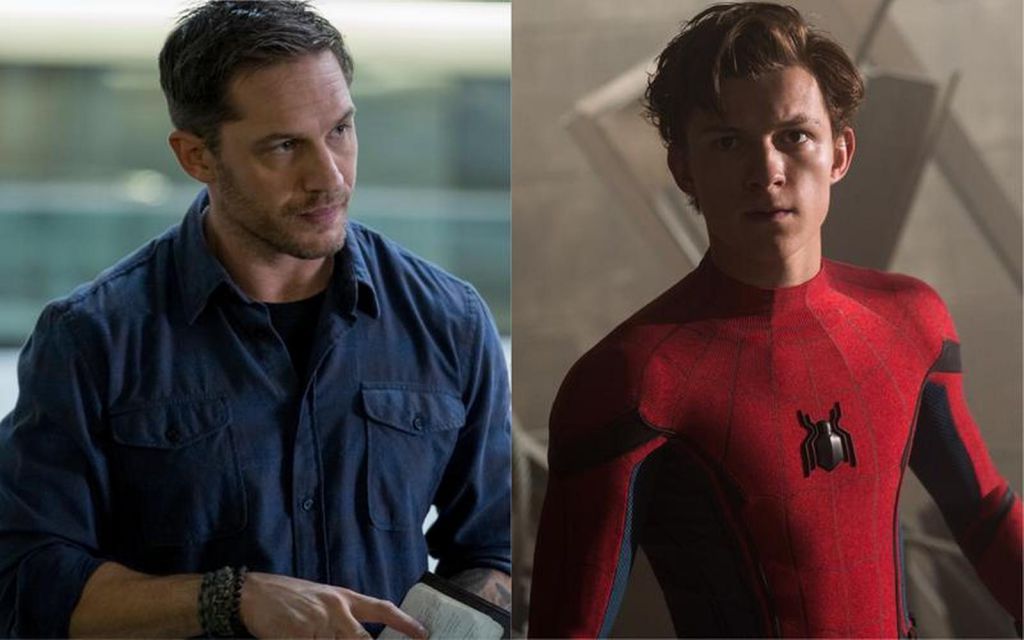 As the Collider Movie Talk panel sat down for a debrief on all things film, the topic of Venom would soon emerge as production for the title comes to an official close. Reporter Jon Schnepp told the show that a source close to the feature would provide quite the tidbit of information, explaining that Holland has been on set to tie in the spinoff to the central arc currently sitting within the framework of Kevin Feige's MCU.

Sony's Amy Pascal discussed this very concept last year side by side with Feige, with the Marvel head wanting to hose down the crossover. While Venom's R-rated tone would run in conflict with the fun, light and PG-13 Spider-Man: Homecoming profile, Pascal admitted that the spinoff does operate as part of the Spiderverse.

"It will all take place in the world we are now creating for Peter Parker," she told the press. "It'll be adjunct to it, it may be different locations, but it will all still be in the same world and they will be connected to each other as well."

As Hardy confirmed to all in sundry that Venom will be taking their narrative inspiration from the comic book run of Venom: The Lethal Protector, something that was reported on early in the piece, a curious Instagram post from the star's account has suddenly gone M.I.A. The stunning artwork would see Brock draped in Venom's colors but what would grab the attention is the figure looming large in the background.

Many have earmarked Carnage as the antagonist of the piece, yet when THR identified him as the villain, Sony would not comment. This illustration, albeit one that is deleted, appears to validate that fan theory.