What started off as a tongue-in-cheek action romp has quickly turned into a booming franchise where the options are seemingly endless. The feature John Wick has already scored a mega-successful sequel as well as a television spinoff The Continental.

Now according to a fresh report from THR, that universe is set to get a little bigger. They explain a female-focused title Ballerina is set to be developed by Lionsgate with the likelihood of it connecting to the Keanu Reeves-starred installments.

"Lionsgate has won a bidding war to pick up a female-centric spec action script titled Ballerina that will serve as a platform for a possible John Wick spinoff. Basil Iwanyk, whose Thunder Road banner is behind the hit Wick action franchise starring Keanu Reeves, will produce Ballerina."

Whether that link up does come to fruition or not, filmmaker David Leitch has entertained the idea of a John Wick-Atomic Blonde crossover that would pair Reeves with the fairer sex.

Having co-directed the 2014 original John Wick before venturing off for Atomic Blonde on his own accord, Leitch was enthusiastic about the meeting of assassins. Speaking with Screen Rant, he explained that the only hang up would revolve around the timeline. With Charlize Theron's character entrenched in the 1980s while Reeves is in present day.

"(Laugh) It would be great!" he exclaimed. "I get this question once in a while, and I think it's just more their time period lines. I would absolutely do it. Maybe there's a time we see versions, or there's uh, you know, the other real fantasy is that maybe there's a project with both, that a new idea. You know, that Charlize and Keanu could - a story that we could have with the same action space and we can see them either partner up or go toe to toe."

Although the two properties are run by different distributors (Focus Features and Summit Entertainment), production company 87Eleven have a stake in both franchises.

DL: The Reynolds-Brolin Bromance Is Working a Treat 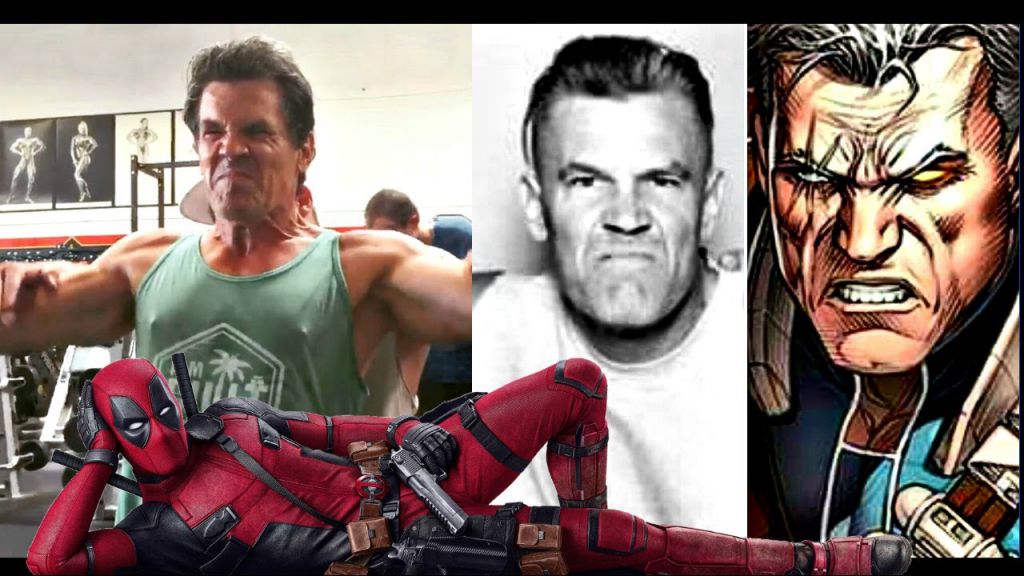 As Leitch shifted gears from the 2017 Theron extravaganza to Deadpool 2, the former stunt coordinator gave a ringing endorsement for his new Cable star Josh Brolin. Overcoming a number of highly acclaimed actors to take the part, the filmmaker told Collider that the chemistry with Ryan Reynolds will be worth the price of admission alone in 2018.

"I always wanted a great actor to come to the table for Cable and I wanted somebody who could embody the character," Leitch outlined. "Josh is obviously a prolific actor, and genuinely in his roles, he finds a humanity to every character he plays, even when he’s playing some things that might be seen as caricatures, he finds a humanity. So I was super excited that we landed him. I know there were a lot of names in the mix, and great people that could have landed this too, but I am 100% grateful we ended up with him. He is the embodiment of (Cable) and the energy between him and Ryan is amazing. We’re having so much fun making this movie."