Chad Stahelski has finally arrived on a world and a character that suits his tastes. The action icon John Wick has already spawned two movies with a third on the way. And now we have a television spinoff arriving on a network to be determined in the near future.

The director spoke of his love for the combined projects earlier this week and while he did not reveal too much in that interview, IndieWire managed to discover exactly what the small screen experience will be called. Lionsgate are said to be developing the show with the title The Continental. All while Stahelski went into more depth about his vision for the series.

Assassin HQ The Central Hub For All Things Wick and Beyond

Spanning off from a basic plot structure in the 2014 original, John Wick: Chapter 2 began to expand on this world that had been crafted. From Winston (Ian McShane) to Aurelio (John Leguizamo), Cassian (Common), Ares (Ruby Rose), The Bowery King (Laurence Fishburne) and Charon (Lance Reddick), Stahelski believes that the assassin network spans far and wide to develop an ongoing saga.

"They've got a really good structure," the filmmaker said. "It's very tied to the film (in that) it's about the Continentals all over the world, how certain people come into that world, and what happens in relation to those people, which is cool. I think the world is very vast, and everything I've heard from it is very positive... It's something that studio seems very, very intent on (making) and very, very behind... You can be with the consigliere, concierge, the sommelier, you can be with all these different characters and walk through the world in different aspects; ones that I'm a little limited (from exploring) by staying with my lead guy."

Keanu to Shoot In and Out of TV Spinoff 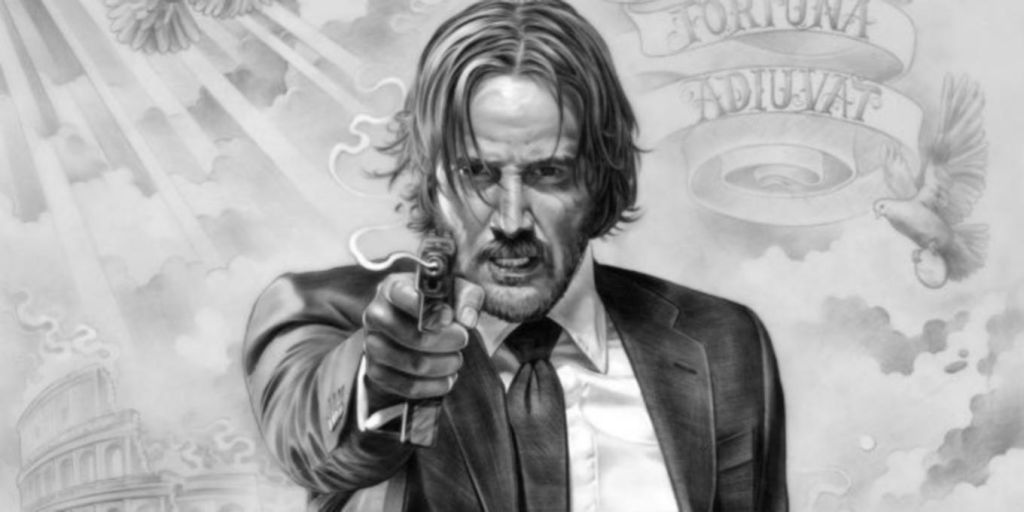 While the director enjoyed a healthy budget to showcase some elaborate stunts and action set pieces, he does not feel as though a small screen version will limited the thrills. Stahelski used HBO as a case study.

"Look at 'Battle of the Bastards' (Game of Thrones episode)," he instructed. "As an action designer, I think that's the best battle I've ever seen on TV. They did a great job, and they weren't careless with their money. They planned it, they boarded it, you watch the behind-the-scenes, (it's clear) the guys did everything right. Granted, they're the biggest budgeted show on TV right now, but could we do something interesting with John Wick with what we have? Yeah. I'd like to give it a go and prove to the TV world that you can have feature action on a TV show. It would be a nice little feather in my cap, sure."

But what of the main man Mr. Keanu Reeves? Is he too big a name to involve himself in a television rendition or would he feature?

"I think he would make an appearance," Stahelski replied. "I think that's part of his thing, (But the series) isn't centered around John Wick."