James Franco has been showered with acclaim by critics for his directorial feature The Disaster Artist, a biographical account of one of the worst movies ever created in The Room. As he enjoyed an in-depth interview with THR to discuss that project that opens on December 1, the actor would be quizzed about his tie in to the MCU.

A report would surface last week to intimate that he would front an adaptation of the Marvel comic Multiple Man. While he would not acknowledge by name that was the case, he outlined that his introduction into the Marvel Cinematic Universe would follow in the same mold as Deadpool and Logan to go for a "hard R-rating."

Having put pen to paper on a superhero property with 20th Century Fox (believed to be Multiple Man), Franco wanted to give producing partner Simon Kinberg props for his vision on the project. Given what he and the studio has helped to create over the past couple of years, the actor and filmmaker sees this as an opportunity to break from comic book convention.

"I do have a superhero that I am developing. I don't know how much I can say. But I will say I am producing and performing in it. It's early stages," he remarked. "I think probably what I can say is, like anything, there's a need to develop more. Our bottom line MO is, how can we push this into new ground? A little bit, but still make it entertaining? (But) what I love about what Simon Kinberg and Fox and the X-Men people have done with Deadpool and Logan, it took a while to get there, maybe 10 years, but they are going to go hard R. And we're going to take this superhero thing and really just push it into a new genre. So we're working with Simon Kinberg on an X-Men property." 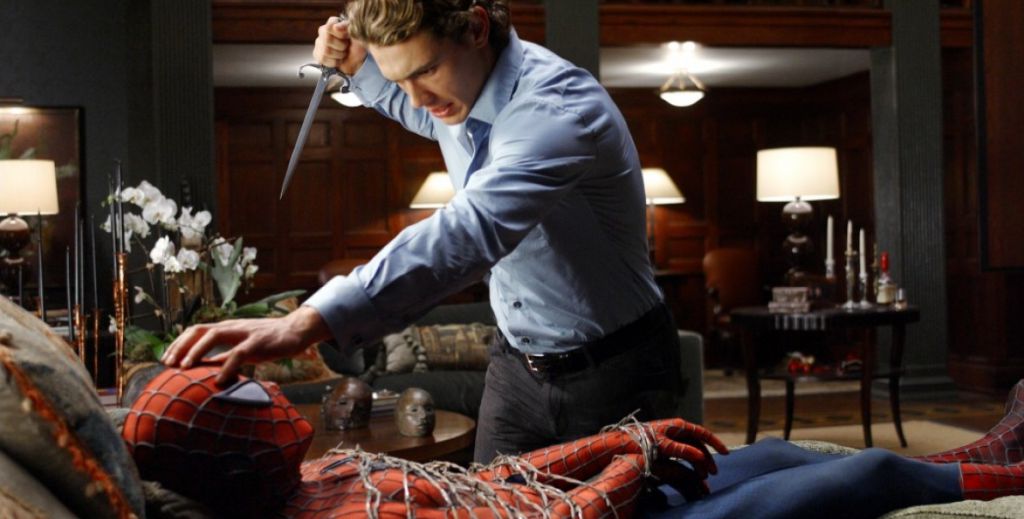 Playing the part of supporting character Harry Osborn before with Marvel's original Spider-Man franchise, Franco has no reservations about returning to the genre. He might pride himself on venturing to unconventional territory, but he does not see the superhero domain as a vehicle that limits great acting.

"They are machine," he replied. "Here's the thing though, and it kind of falls into that one for them, one for me kind of you know, approach or formula where, in fact, those first three Spider-Man films, they were directed by Sam Raimi, who is an incredible guy, and incredible director. They starred Tobey Maguire and Kirsten Dunst and Willem Dafoe and Alfred Molina, and you know, all these great actors. And I think that and the first X-Men film, directed by Bryan Singer, those were really the-those early superhero films that kicked off this idea that there could be great acting. Now there-you know, the Tim Burton Batman films, yes, but they hadn't-that was still-like if you look at those, they weren't-it's not the effects hadn't really caught up yet. Right?"