Now that Disney and Marvel seemingly have Jude Law locked in for the role of Dr. Walter Lawson/Mar-Vell for the upcoming 2019 title Captain Marvel, three key cast members have been locked in place. Australian Ben Mendelsohn had already agreed terms with the studio for the part of a central antagonist to join Brie Larson, yet it has remained a mystery exactly who the Mississippi Grind star would portray.

According to That Hashtag Show, Mendelsohn will suit up as Yon-Rogg, a figure who would first appear courtesy of writer Stan Lee with the comic Marvel Super Heroes #12 in December 1967. Yon-Rogg is a villain with tremendous strength who operates as a Kree commander of the ship Helion, with his actions forcing Mar-Vell to flee to Earth. 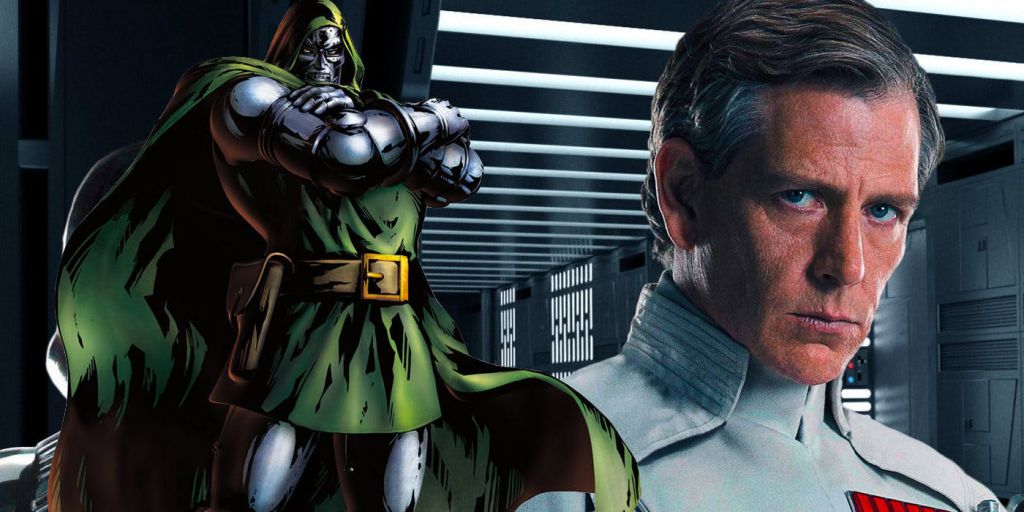 Whether designed to throw people off the scent of his official role, Mendelsohn would point to Doctor Doom as the Marvel figure he admires the most. Appearing on MTV's Happy Sad Confused Podcast during the week, the Aussie explained that the character's backstory makes for an intriguing subplot that almost justifies his awful actions.

"Doctor Doom is the greatest comic character of all time," he argued. "That's a great role. The thing that's appealing about Victor is the damage and trauma, the loss of the family, the wrong done to him and then the takeover, the revenge, and then the protectiveness of Latveria wrapped in that Cold War vibe. There's something about the combination of that. What actually makes him great is his caring bit."

Doom would be a beloved comic book icon that was largely considered to be botched in the 2005 adaptation Fantastic Four. Played by Julian McMahon, it would be Toby Kebbell who received the chance to give the villain a second shot with the 2015 reboot, only to fail with a movie that struggled to garner any acclaim.

Thanks, @TomHolland2013. Thanks, @MarkRuffalo. #InfinityWar (via Tom's Instagram Live)

The wait is almost over. The MCU has been holding out on the Avengers: Infinity War trailer for the best part of three months despite footage being leaked online, yet the studio indicated that it will drop this week on Wednesday November 29.

To heighten anticipation that bit more, Spider-Man: Homecoming star Tom Holland fronted a social media video where he held up the new poster for the blockbuster in all its glory. The Englishman had a bit of fun at Marvel's expense, with the "package" said to be delivered by co-star Mark Ruffalo with the envelope and letter marked "confidential - do not share!"