George Lucas “Went Too Far” on Disjointed Phantom Menace in 1999

With his Star Wars franchise continuing to dominate the box office following the commercial juggernaut of The Last Jedi, George Lucas can sit back and reflect on a job well done. Now that twin studios Disney and Lucasfilm has entrusted the likes of J.J. Abrams and Rian Johnson to continue the veteran's legacy, the 73-year old can invest all of his energies in the upcoming Indiana Jones 5 sequel due to drop sometime in 2020.

Yet new behind-the-scenes footage derived from 1999's Star Wars: The Phantom Menace illustrates a filmmaker that is far from satisfied from his own work. As THR outlined, the director/writer/producer would make some surprising admissions that fell into line with the mixed reception from fans.

99's Phantom is a Menace To Watch: Lucas 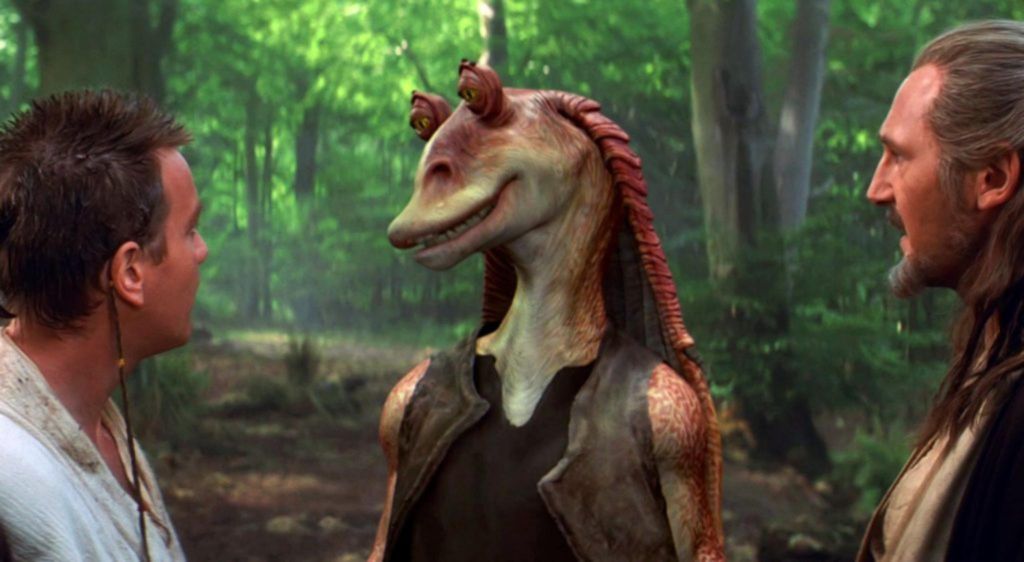 Attempting the bold adventure into prequel territory, the Episodes I to III experience did not win over the majority of franchise fanatics. Sitting on 59% on Rotten Tomatoes, The Phantom Menace had the unenviable task of breathing life into a series post The Return of the Jedi and although his fingerprints was all over the 1999 edition, Lucas gave a blunt take on his own creation.

"It’s a little disjointed," Lucas admitted shortly after the screening. "It’s bold in terms of jerking people around. I may have gone too far in a few places... It boggles the mind, I have thought about this quite a bit, and the tricky part is you almost can’t take any of those pieces out of it now, because each one takes you to the next place. And you can’t jump because you don’t know where you are."

Including many of the Lucas tropes that viewers have come to know and mostly love over the years, the switch in story and tone from one scene to the next made it a title that even he struggled to comprehend.

"I do a particular kind of movie of which this is consistent. But it is a very hard movie to follow."

The movie's editor Ben Burtt would also criticize the picture for the editing, overlooking the fact that it was his job to have a smooth transition.

"In a space of about 90 seconds, you go from lamenting the death of a hero to escape to slightly comedic with Jar Jar to Anakin returning … It’s a lot in a very short time."

Reddit user Pr3da7 would upload a forgotten picture from The Phantom Menace that somehow went viral, even 19 years after the release. With a young and bullish Jake Lloyd embraced by Natalie Portman alongside Ewan McGregor and Liam Neeson, this 1999 pic illustrates how much enthusiasm and hope was on the horizon for the series.

For many, they wished the three installments were wiped from the cannon completely, leaving others to trade on the nostalgia and enjoy them for what they were. Whatever your opinion, it's fair to say those late 90s haircuts certainly have garnered a retro feel to them these days.