Studio's don't go out of their way to send a director packing from the set of a major franchise-leading blockbuster, let alone two directors. When Kathleen Kennedy swung the axe on Phil Lord and Christopher Miller for Solo: A Star Wars Story, she would leave the project in the capable and experienced hands of veteran Ron Howard.

Yet actors and executives alike have been conspicuous by their silence since the icon took the reigns back in the summer. Now the prequel edition of Lando Calrissian in Donald Glover has shed some light on the switch with /FILM. 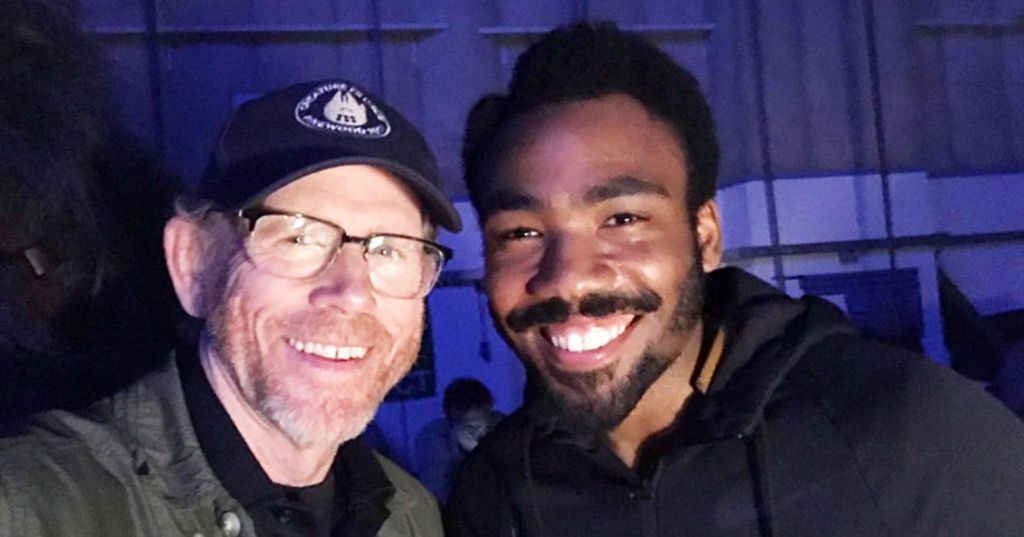 As <strong>Avengers: Infinity War star Paul Bettany joins the cast amid the reshoots, Glover outlined that Howard stuck to a majority of Lord and Miller's vision. He would be asked straight off the bat: how much has changed?

"Not a ton actually," Glover replied. "Not a lot at all, at least not for me. I think we’ve all never been faced with anything like that and I think he did a good job of coming and tell us he didn’t want to change what we were doing at all. He wanted us to remain confident in our vision. He just wanted to sculpt it in a way."

Yet it was not exactly a copy and paste job, with Lucasfilm clearly wanting someone who could keep the feature within the creative scope of their series. Bringing his own sensibilities to the project, Howard had one or two unique ideas that fans should enjoy.

"I remember going on set one of the first times, (Ron Howard) was like, ‘Yeah, I want to follow you onto the Millennium Falcon and do this thing.' I was like, ‘I don’t think I’ve ever seen the outside go into the inside.’ He’s like, ‘Yeah, no one’s ever done that shot.’ As a fan I was like yeah, I was really excited. I know there’s been a lot of talk in the press about this movie but for me anyway, it was a dream and also it looks really cool to me... It was actually good to get another person on there who was like, ‘What do you think of this?’" Glover said. "He grew up under Lucas and really is a fan himself."

Deadpool Series Fits Like a Glover For Confident Donald

Keeping his schedule busy mixing his recording duties as Childish Gambino with two series Atlanta and Deadpool, Glover would offer an update on the small screen Marvel adaptation. Given his recent experience on the Disney set bringing Calrissian back to life, the tongue-in-cheek action comedy show is a walk in the park.

"That one seems really easy," he replied. "It also feels like there’s not as much to hold sacred in a weird way. I know people love Deadpool and I know people are big comic book geeks but it’s not the same as Lando or Atlanta where you have a whole city on your back. Deadpool is very aware of himself so I don’t have to live up to anything. It’s actually been quite easy."