Rarely will a father and son have the capacity to create a Hollywood blockbuster the scope of Solo: A Star Wars Story, but that is exactly what has taken place with Lawrence and Joe Kasdan. Ahead of the May 25 premiere of the prequel/spinoff, much has been made of the upheaval taking place behind the scenes - now all eyes are on the final product with the screenwriting duo playing a significant role in the production of the movie.

The Super Bowl teaser spot gave us a closer look at some new characters, yet it is hard to tell what tone this Disney product will take. Both generations of the Kasdan family have since spoken with Entertainment Weekly, identifying a number of their favorite films as reference points for a great adventure tale.

Fresh with a run of updated posters just months out from the debut, the more senior of the Kasdan partnership had been hired to help craft Star Wars: Episode VII. That had taken its toll and despite overtures back in 2012 for him to write a Solo story, Lawrence would be reluctant to do so.

Then his son came into the equation.

"When I was done, I was sort of burned out. And I said, ‘I don’t know, do we still want to do this Han thing?’" Lawrence recalled. "And they said, ‘Yeah! We really want you to go ahead with Han.’ And I said, ‘Well, my son, Jon, is very enthusiastic and full of ideas about the saga.’ And he had directed two movies and had done other things. ‘What if he came on and worked with me? Because, that would give me a shot in the arm.’ And so, that’s exactly what happened. They made a deal with Jon, and he and I have been writing since for three years."

Lawrence would reference the 1995 heist action drama Heat. It would be the relationship between two of the main antagonists that proved to be a source of inspiration for a young Han Solo (Alden Ehrenreich) and the veteran Beckett (Woody Harrelson).

"We talked about the relationship between Val Kilmer and Robert De Niro in Heat, where there’s a sort of older, wiser criminal, and then someone who’s learning the ropes from them. We wanted this movie to have that flavor and that swagger. No one is reliable. There’s always a chance of betrayal. And, I wanted to take what is essentially a street smart, but very innocent, young man, and figure out how could we start him on the journey to being the character who comes into the cantina?" 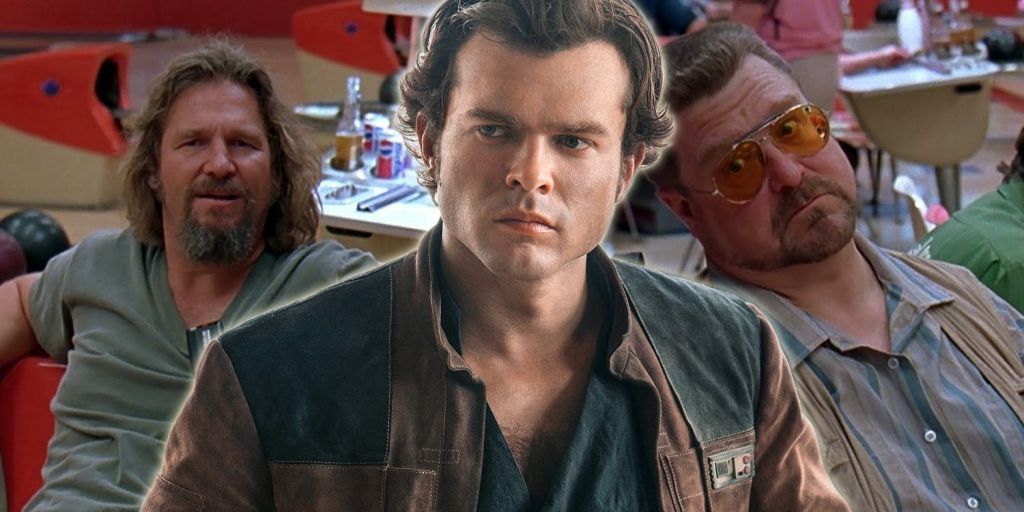 Joe would outline that they both took cues from another classic 90s installment The Big Lebowski, another crime title of sorts that took a much more comedic bent than Heat. Perhaps this is an insight into a blockbuster that won't go 100% to convention.

"Larry and I are both huge Coen brothers fans, and we talk a lot about that (relationship) as a reference," Jon says. "(We were) trying to create a crime movie where our character was entering a crime world where there were already dramas in place and relationships and complications, and we have to see him negotiate a lot more rivalries than he is expecting at the beginning of the story... (Solo) has that flavor of a crime world that has weirdness and surprise and people stumbling into things — and other people very intentionally getting into (trouble). The Big Lebowski is a great example because Solo has a more off-kilter tone than you’ve ever seen in (Star Wars)."