Black Panther began to break records months out form release as pre-sales shot through the roof. Off the back of a near flawless reception from critics, the movie has managed to score the front cover of TIME Magazine to illustrate the cultural cut-through of a black superhero and a world, albeit fictional, set in the heart of Africa.

Journalist Jamil Smith would enjoy an in-depth conversation with star lead Chadwick Boseman and filmmaker Ryan Coogler, providing some context as to the timing and relevance of a feature that speaks to representation, protest and setting a new standard for a well-defined genre. If momentum is any guide, the initial opening box office weekend haul of $150m appear conservative, with fans hotly anticipating the first screening on February 16.

Check out this week’s cover of @TIME featuring @ChadwickBoseman! #BlackPanther

Under the title 'A Hero Rises' for the expose, Boseman opened up on Wakanda - a comic book environment that attached more meaning to reality as they told the story.

"You might say that this African nation is fantasy," remarked Boseman. "But to have the opportunity to pull from real ideas, real places and real African concepts, and put it inside of this idea of Wakanda—that’s a great opportunity to develop a sense of what that identity is, especially when you’re disconnected from it."

Playing the part of T'Challa, moviegoers would see an early introduction via 2016's Captain America: Civil War where his father would be murdered. Aside from his powerful suit, Boseman believes his standing as king contributes as much to his abilities as the outfit allows.

"People often ask, ‘What is Black Panther? What is his power?’ And they have a misconception that he only has power through his suit. The character is existing with power inside power."

Coogler: T'Challa is Boss, But Villains Are Bad Ass 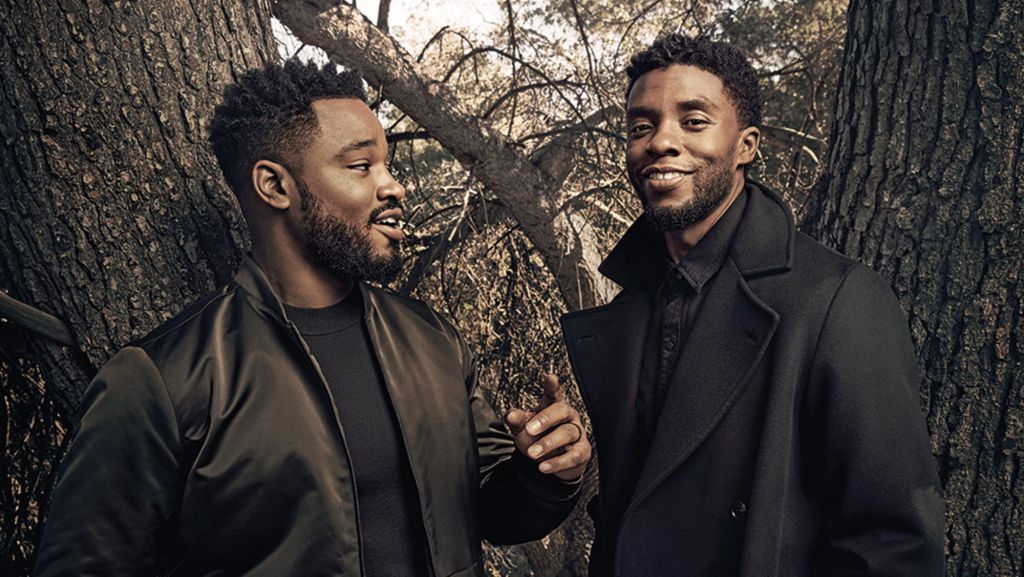 Having won plaudits with his spinoff/sequel drama Creed, Coogler would jump at the opportunity to helm a Marvel movie that showcased an African hero in an African world. The story would speak to his own experiences growing up in America.

"That’s something I’ve always struggled with as a person," reflected the director. "Like the first time that I found out I was black. Not just identity, but names. ‘Who are you?’ is a question that comes up a lot in this film. T’Challa knows exactly who he is. The antagonist in this film has many names."

While many of the symbols and messages are broadcast through Black Panther, villains like Erik Killmonger (Michael B. Jordan) and Klaw (Andy Serkis) had to be more than one dimensional for the film to be a success.

"Obviously, the superhero is who puts you in the seat," Coogler says. "That’s who you want to see come out on top. But I’ll be damned if the villains ain’t cool too. They have to be able to stand up to the hero, and have you saying, ‘Man, I don’t know if the hero’s going to make it out of this.’"