The hype is almost over as Black Panther prepares to make its fully fledged debut in cinemas. While the character was nothing more than a support act in the ensemble-heavy blockbuster Captain America: Civil War, Chadwick Boseman's T'Challa finally has room to breathe as director Ryan Coogler showcases the fictional African world of Wakanda.

As the reviews start to roll in from all across the globe, the consensus is that the studio has offered an MCU title that feels fresh, new and unshackled from many of the stereotypes seen before. Some of the statesman of the series could be departing post Avengers: Infinity War, but if Black Panther is any guide, the comic book adaptations are in good hands.

Drama, Action, Humor and a Villain To Remember

Julian Roman at MovieWeb argues that Michael B. Jordan is the standout performer in this title, a welcome surprise given the MCU's lack of quality bad guys and girls to this juncture.

"The biggest surprise of Black Panther is Michael B. Jordan," he wrote. "Are you sitting down for this? His Eric Killmonger is the BEST VILLAIN we have seen yet in the MCU. Jordan owns this film. He is damn good. We've gotten so used to cackling, cartoonish antagonists. You will be dumbstruck by Killmonger's calculated ruthlessness. This acclamation takes nothing away from star Chadwick Boseman. He's tremendous as the Black Panther, but his character is subdued and introspective by nature. Killmonger raises the bar for MCU baddies. Michael B. Jordan has been Ryan Coogler's muse from his first film. They continue to deliver greatness. Thanos has big shoes to fill."

Vanity Fair's Richard Lawson calls this blockbuster a "welcome refreshment" from an a comic book property that can feel formulaic and safe.

"Black Panther champions, and makes champions of, underserved demographics in a way that’s somehow both casual and defiant, a statement of strength that proudly insists it needed no stating to begin with. Coogler has assembled a crackerjack team of actors to be the vessels of that message—a spirited ensemble that deftly maneuvers the movie’s shifts between high drama and amiable humor."

Rather than let the geo-politics overshadow the storyline, the environment of Wakanda compliments it. Lawson believes Coogler has got the mix just right for this one.

"Black Panther works best as a dynastic drama, and as a musing on global politics from a perspective we don’t often get. Despite familiar action-scene wobbliness, it’s easily the most engaging Marvel film in a long while. Because—finally!—it has something new to say. More like this please, Marvel. Oh, and, of course: Wakanda forever." 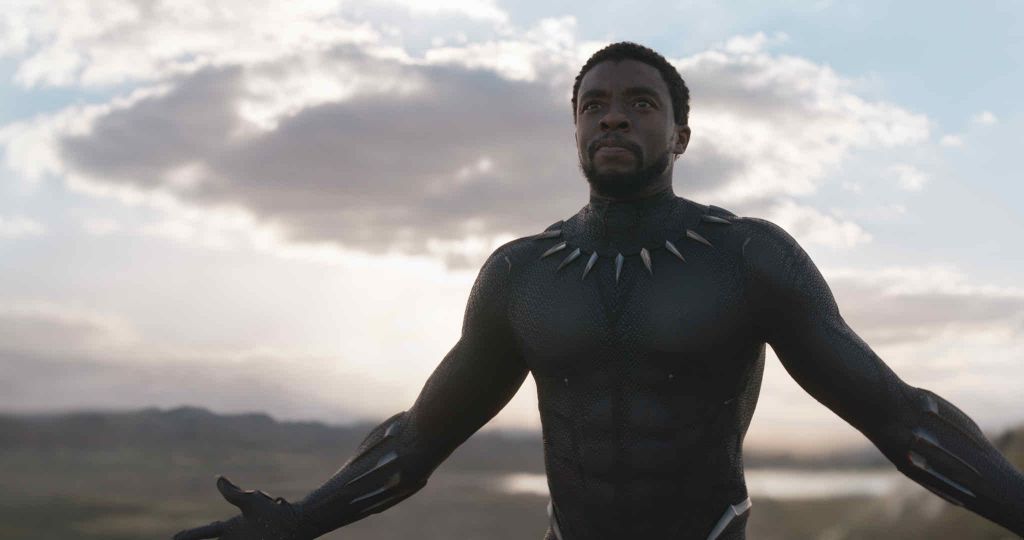 Phil Brown saw this as a fresh, thoughtful and bold piece of filmmaking at CGM. Despite some of the usual franchise tropes, the critic cannot wait for Black Panther 2 once Infinity War has come and gone.

"Black Panther isn’t just another cog in the Marvel machine, it’s one of their strongest characters with a world that begs to be revisited. Hopefully after whatever massive destruction and changes that occur in the universe following Infinity War (and whatever nuttiness comes in the still untitled Avengers 4), Ryan Coogler and co. will be allowed back into Wakanda to play again. Now that the heavy lifting is over and this world is so beautifully established, it’s hard not to feel a sense of giddy excitement about where they could possibly go next."

Wenlei Ma delights in the change of scenery as Coogler throws away the superhero rulebook with glee at news.com.au. Issuing 3.5/5 stars, Ma marvels at the beauty and mystery that derives from the world of Wakanda.

"The Wakanda you see on screen glimmers, an effortless blend of colourful African aesthetics and hi-tech utopia, and owes more than a touch to legendary comic artist Jack Kirby. Every character that inhabits this world, which vary from the plains of the border tribes to the snowy gorges of the mountain clan, undeniably belongs to it. That Coogler is able to evoke such a strong sense of place is a testament to the combined talents of the team."

Black Panther opens across the US on February 16.