Ben Affleck is not just an acclaimed actor and director in his own right, but a savvy media operator. Appearing at San Diego Comic-Con alongside his Justice League co-stars Ezra Miller, Gal Gadot, Jason Momoa and Ray Fisher, fans and press alike were clambering to ask the Argo star if THR's report was true - was he departing the DCEU post the 2017 title?

While he did not categorically refute the merits of the story, there was a deliberate attempt to quash any exit talk, especially on the eve of the ensemble blockbuster debuting this November. Speaking highly of director Matt Reeves as he awaits a new screenplay for his standalone feature The Batman, Affleck indicated that news of his DC demise is premature.

BA: People Misinterpret Change of Duties as Lack of Desire

Given the rate of change at the studio occurring behind the scenes, THR's report indicated that a new Bruce Wayne would be earmarked.

"A source with knowledge of the situation says that the studio is working on plans to usher out Affleck’s Batman," they explained, "gracefully, addressing the change in some shape or form in one of the upcoming DC films."

But when Affleck caught up with Entertainment Weekly, he said that it is just a matter for Warner Brothers to contact him. If that happens, he will agree terms.

"My status remains what it always is,” the star remarked. “I’ve done the two movies (BvS and Justice League). I’ve always intended on doing a third if Warners wants to make it. Certainly, if the Batphone rings, I will answer."

Having a history of flirting with the exit door before and seeing his director's chair and screenplay scrapped, Affleck admitted that he overreached when it came to his duel duties for The Batman.

"Trying to do that, and direct, would probably be too much. Something would be compromised. I think it came off, optically, to the broader world, like lack of interest or enthusiasm. When in fact I love this character. I think getting Matt Reeves to come in and do it is really, really exciting. Matt hasn't really unveiled his full vision yet. He wanted to wait until Apes came out, and he was obviously consumed with that. So I'm looking forward to hearing what his story is."

WW and JL To Take DCEU On New Course For Affleck 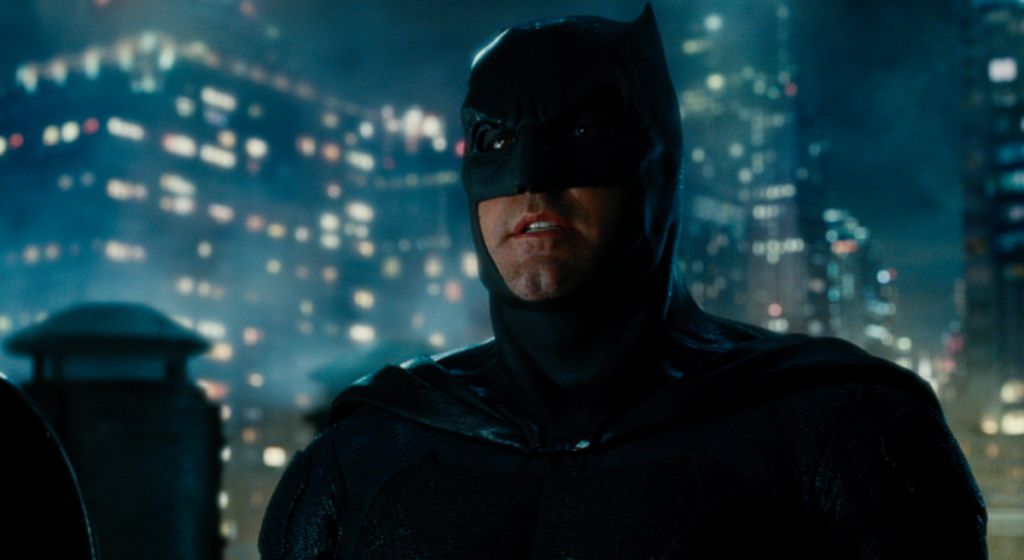 One of the factors that tie the actor closely to the project is his relationship to Warner Brothers. The studio produced his 2010 smash hit The Town and as far as he is concerned, that support is crucial.

Throw in the success of Wonder Woman and the excitement surrounding the Justice League trailer, and all of a sudden the DC outlook appears more positive.

"Warners has been working on it, making sure we're getting it right. That's the partnership you definitely want," he stated. "With Wonder Woman, they really hit a home run. With (Justice League), I think we've found the tone, and found the flavor of it. I'd love to do it as long as they'll have me. Eventually it'll be somebody else, and I'm sure they'll get somebody great. But while I'm doing it, I'm going to do the best job I can, and really appreciate how lucky I am."