Sony have made a huge announcement this week. Securing the services of none other than Tom Hardy to lead their new Marvel franchise when Venom debuts next year. Slated for an October 5, 2018 premiere, THR explains that the studio is making it one of their top priorities. All while they cast a genuine action star as the headline act.

Playing Bane in 2012's The Dark Knight Rises, Hardy is a proven commodity when it comes to the superhero genre. Likely to bulk up as he plays one of Peter Parker's nemesis, the 39-year old will make the switch from DC to Marvel as he ventures into the spinoff territory. Something that should open many doors and opportunities for the studio. 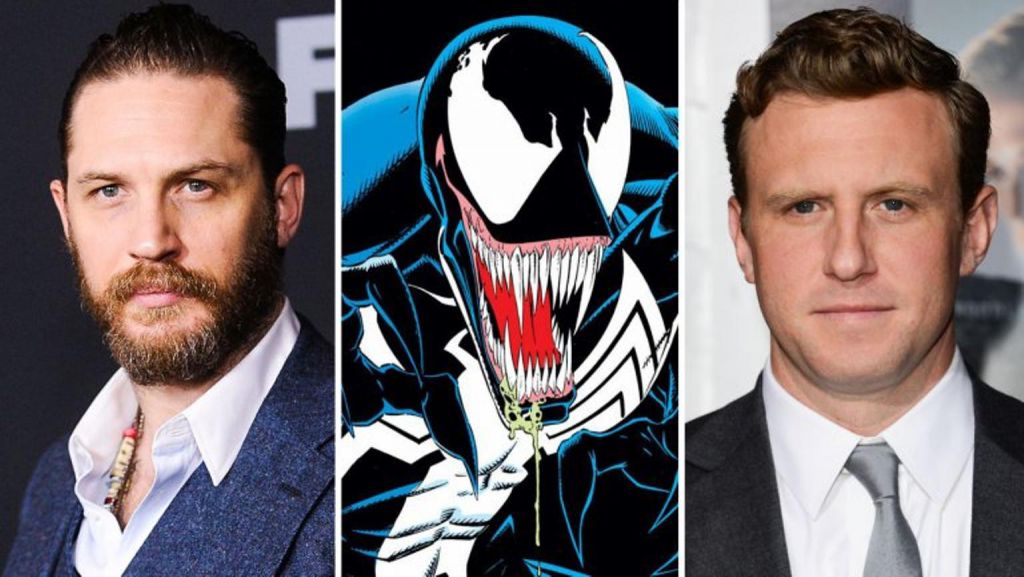 Adding to the good news from Sony, they are about to put pen to paper with filmmaker Ruben Fleischer. Who will offer his own vision for the opening title of the franchise. Still in the final negotiations phase between the studio and his representatives, Fleischer's unique style will be put to the test as he cashes in on his fame brought about by features including Gangster Squad, 30 Minutes or Less, Two Night Stand and the 2009 action comedy Zombieland.

Rather than develop from a clean slate, this will be an all new challenge for Fleischer. As he looks to adapt the comic book character developed by artists Todd McFarlane, Mike Zeck and writer David Michelinie. Screenwriters Scott Rosenberg and Jeff Pinkner are believed to have finalized a screenplay and so impressed was Venom fan Hardy by what they delivered, he will take on the role of Eddie Brock - the first man who became host to the alien symbiote.

2017-18 The Beginning of Something Special For Sony-Marvel Team

From all reports, this will be far from a standalone installment. Despite the lack of connection between Tom Holland's Spider-Man and this version of Venom having an direct link while Parker is contracted to the MCU, Sony are seeing this as the first salvo to a great universe.

A Silver Sable/Black Cat movie is the next project on their schedule post Venom. As Hardy posted a selfie wearing a Venom t-shirt, Sony are excited to re-cast and re-introduce a villain that was showcased in Spider-Man 3 by Topher Grace.

"Venom is to usher in a host of movies from Sony's Marvel and Spider-Man-based universe of characters. Sony is rebooting its Marvel-based slate with this summer's Spider-Man: Homecoming and Venom is a key title in its slate."