Robert Patrick: Billy Idol Was Supposed To Be T-1000 In Terminator 2

Hollywood is littered with stories of 'could have been's' and near misses where one casting decision would have completely altered the landscape. Yet Robert Patrick's admission that he was going to be passed over for British pop icon Billy Idol for Terminator 2: Judgement Day has to be one of the most astonishing.

Speaking with THR as he promotes the 3D release of the classic 1991 blockbuster from James Cameron, the 58-year old looked back fondly on a role that would forever change his life. Were it not for one freak accident though, Patrick would not be where he is today.

What would separate the sequel from the 1984 original and subsequent titles in the franchise would be Patrick's portrayal of the T-1000. A superior model to Arnold Schwarzenegger's hero, the cold-blooded killer gave the movie a gravitas.

Fortunately for us, the Georgia native would step in as the Plan B.

"Billy Idol was set to do the role of the T-1000, as I understand," he remarked. "I can tell you that I saw Billy's image when I went to Stan Winston after I got the role. Unfortunately, he got into a motorcycle accident and busted up his leg, so he wasn't able to physically do what the role demanded."

Offering no emotion with the character working on a single mission objective, Patrick said that his agent had to really market the actor to the director.

"My agent sold me to the T2 casting director (Mali Finn) as a cross between David Bowie and James Dean. So, I was trying to create an intense presence while I was sitting with Mali. I had this intense stare, which she liked. It was just one of those moments when everything came together at the right time."

RP Had Speed to Burn as Production Ramped Up 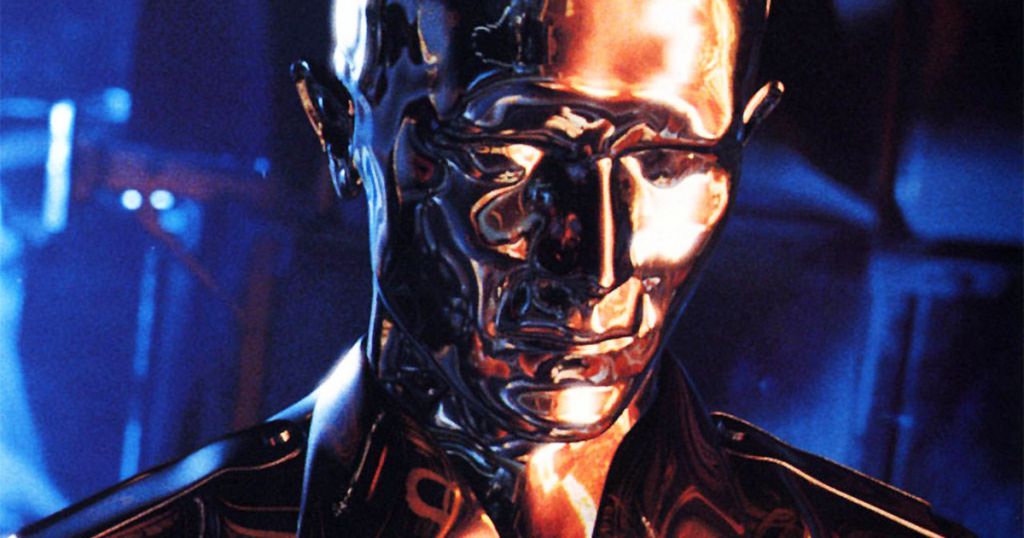 Transitioning into a lean, mean fighting machine, Patrick outlined how much of an adjustment it was to become the T-1000.

"I trained four times a day and physically got myself into it. I did it like a sprinter would: I locked eyes on a target and focused so there was no wasted energy. When done, I would clench my jaw, no mouth breathing, only through the nose and no expression because the character would not be straining."

With Cameron opting for intense practical effects that involved street chases on motorcycles, cars and trucks, he remembered how his own sprint speed caught himself and everyone else off guard.

"The first big chase sequence we did at the mall before I take the semi, I caught John (Connor)! And I was like, 'What the f*** do I do now?' And (director) Jim (Cameron) was like, 'Jesus Christ! How fast can you run?!' And I said I didn't know. So they had to crank up the speed of John's dirt bike."