Superman has been the obvious void from any Justice League content and spoilers to date. While we know Henry Cavill is involved in the upcoming blockbuster, DC and Warner Brothers have decided to keep his inclusion wrapped in cotton wool. At least until the next trailer drops in the near future.

Now courtesy of DCVMARVEL on the subreddit forum DCEU Leaks, we have a better understanding of what will be arriving online very shortly. DCVMARVEL explains that their description has come from a variety of credible sources. Where, "2 are very reliable, one of them was right about several trailers this year." 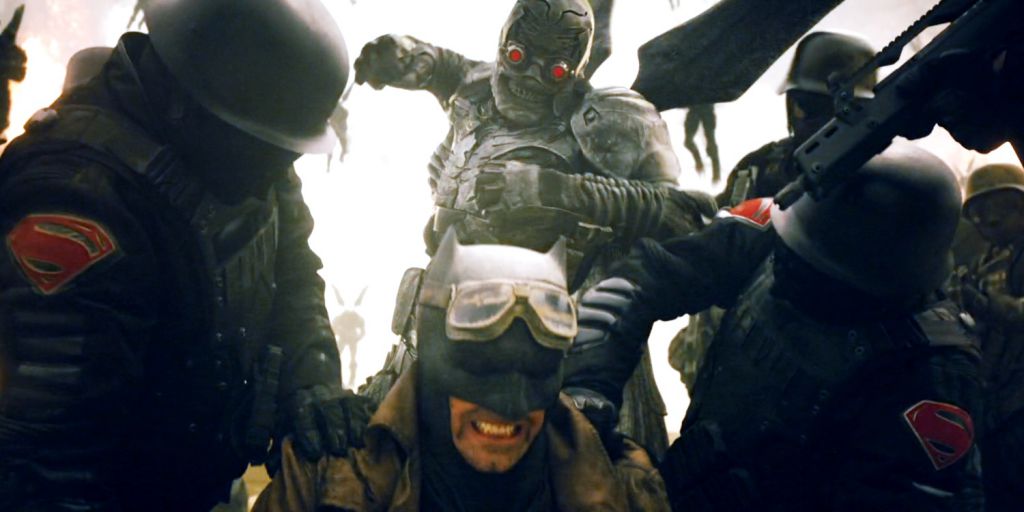 While the teaser trailer footage is not intended to illustrate the exact timeline and narrative of the film, these little snippets offer a glimpse into a movie that will amp up the action. With Steppenwolf and his legion of parademons on hand, Cyborg takes some convincing to work with these heroes and regain the access of the motherboxes.

''The trailer starts with the same footage of Batman recruiting Flash, then logos (including the new DC logo)," DCVMARVEL writes. "We cut to a montage of the team. Bruce talking to Diana at some kind of museum. Cyborg looking depressed as he walks through the hall of a high school (apparently we see him use some kind of holographic projection to blend in) with voice over from Victor saying 'I never asked for this.

I didn't want to be some thing.' We then see Aquaman in Atlantis (apparently resembles castle ruins), talking with Vulko (William Dafoe) about his destiny. We see a motherbox being guarded by Atlantian soldiers when out of nowhere there's an attack. Steppenwolf takes the motherbox, Aquaman swims after him, Steppenwolf throws his axe at Aquaman & in slow motion arthur dodges it. We cut to Batman, WW, Flash & Cyborg being overwhelmed by parademons in some kind of tunnel, the tunnel floods and Aquaman shows up to save the team."

I have the typical powers of any other Kryptonian; i.e. flight, super strength, Heat vision,etc.I also have the added weapon of Omega Beams. pic.twitter.com/80loKYE7KT

From in-fighting to light-hearted banter, there is obviously a transition to be made from rogue individuals to a team hellbent on saving the world.

"We get the 'dressed like a bat, I dig it' then Aquaman asks Batman for help," continues DCVMARVEL. "We cut to the team entering the batcave as Flash geeks out. Voice over from Batman about the parademons (referred to them as creatures) kidnapping scientists. WW asks what's the plan as Flash asks Alfred for some service, Alfred walks off. Montage of action (slow mo shot of WW falling while trying to reach her sword as Flash tips it with his finger so she can grab it, Cyborg punches Aquaman as Aquaman throws him against the wall as the shot transitions into Aquaman throwing Bruce against the wall, Aquaman WW & Flash guarding what appears to be the scout ship, Batman gliding into a parademon, Steppenwolf stepping on WW's chest, Cyborg standing on a football field). Flash then makes a joke about Cyborg looking like the tin man."

As the trailer is on the verge of concluding, the big reveal then occurs as Kal-El confronts his former foe.

"After the JL title card we get the money shot. Batman is driving towards some kind of ship when Superman in the black suit, beard & mullet lands right in front of it, red eyes and an evil smirk (fire in the background, raining ash, great visual shot) while Batman has a look of 'oh s***' as the trailer ends''.