The stories emanating from Hollywood sets on Jared Leto's method acting are unnerving. Yet it is his upcoming role as antagonist Niander Wallace, a manic replicant manufacturer for Blade Runner 2049, that almost takes the cake.

Without the need to allegedly send any unwanted packages to co-stars to feel inspired, the multifaceted performer intentionally became blind to embody the character. As director Denis Villeneuve recalled, his appearance on set became somewhat heavenly.

JL Crafted His Own Energy For 2017 Epic: Villeneuve 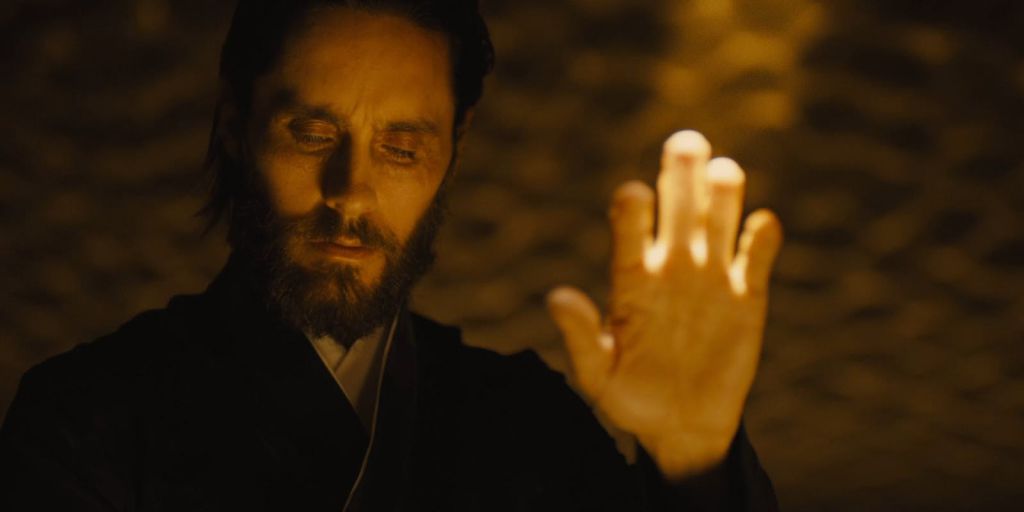 Talking with The Wall Street Journal about the blockbuster that premieres on October 6, Villeneuve was quizzed about Leto's portrayal and whether the speculation about him going blind was true. It was.

"He entered the room, and he could not see at all," began the filmmaker. "He was walking with an assistant, very slowly. It was like seeing Jesus walking into a temple. Everybody became super silent, and there was a kind of sacred moment. Everyone was in awe. It was so beautiful and powerful — I was moved to tears. And that was just a camera test!"

Once the actual scenes were rolling, the Canadian was able to capture a performance that will be talked about for a long time.

"Even this didn’t prepare me for what was to come. That, for me, was insane," he remarked. "But he really created something. Every time Jared came on set, it was a boost of energy, tension and excitement."

For Leto, this degree of method acting was not as severe as what he has done before.

"I didn’t dive as deep down the rabbit hole as maybe I’ve done before," he argued. "I’m crazy, but I’m not insane."

What the director prides himself on is the creation of a world that ties into the storyline. Like he has managed before with Arrival and Prisoners, Villeneuve told The Mercury News that the smattering of yellow and orange across the Blade Runner 2049 landscape is very much an intentional choice.

"As much as the first movie had an atmosphere of constant rain, in this one it would be colder," he said. "Basically, you could say that the first movie was made by a man from London, England, and the second one was made by someone from Montreal, Canada. It’s a world that is quite bleak and dark and claustrophobic, but I tried to find an equilibrium with explosions of color that would express some emotions and some themes. The color yellow is very important in the movie and is linked with different aspects, story-wise."

Helming a blockbuster of this scope, the temptation is always to opt for special effects. While that was a fear held by one of his stars, Villeneuve avoided it as often as possible.

"The first question Ryan (Gosling) asked me was, ‘Will we do the whole movie in front of green screen?’ You need to allow the space for the actors to find new ideas on the set — and those ideas are not coming in front of a green screen. For me, I understand the power of it, but I hate it."