One of the best parts of Captain America: Civil War was introducing the audience to the Black Panther. As the MCU expands to include Chadwick Boseman's African king, the cast and crew have been beginning the marketing drive during the post-production phase.

Executive producer Nate Moore was on hand for the Entertainment Weekly photo shoot and as he illustrated the framework for this 2018 title, he made an unusual comparison.

“What I think we landed on was sort of a cross between James Bond and The Godfather,” Moore remarked. “A big, operatic family drama centered on a world of international espionage. So hopefully we’re getting the best of both worlds.”

The Reluctant Hero Who Carries a Kingdom on his Shoulders 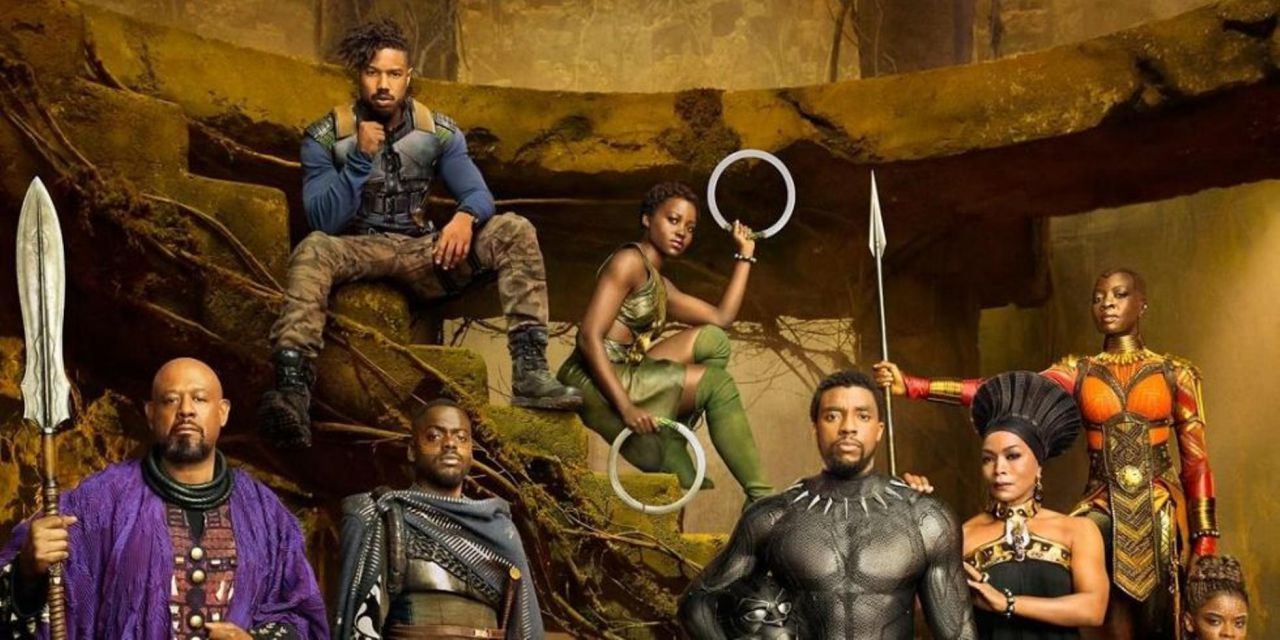 As the publication offered a profile piece on each character, they could look no further than the lead man Boseman and his alias T'Challa. Director Ryan Coogler gave his take on Black Panther.

“What makes him different from other superheroes first and foremost is he doesn’t see himself as a superhero,” Coogler said. “He sees himself as a politician. That’s the first thing on his mind when he wakes up in the morning. ‘How am I going to fulfill my duties as king of this place?’ He has to keep harmony between the tribes within his country, and that means managing expectations and doing things that are unpopular. At the same time, he is the protector of that nation.” 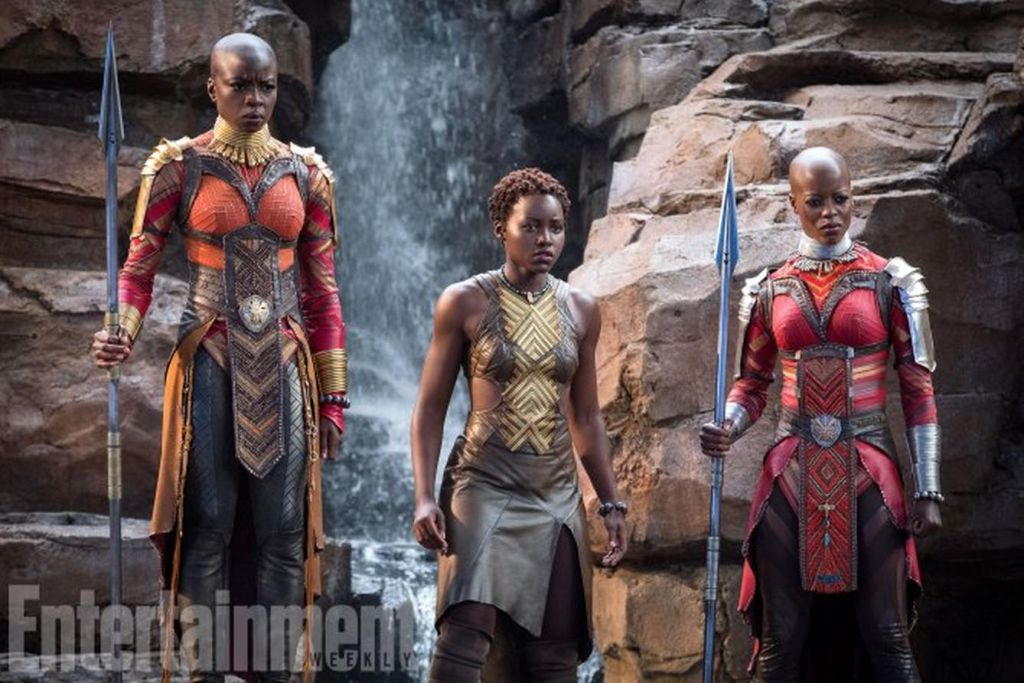 The Walking Dead's own Danai Gurira takes on the role of Okoye, a dedicated loyalist who will do anything for the family.

“She can be serious, but she also has an unexpected sense of humor," the actress explains. "She has a heart, but for her country and for her people. She’s not a person who doesn’t connect to human beings as a result of what she does.”

As for Lupita Nyong'o, she admits that the filmmakers utilized a fair degree of creative license for her character Nakia.

“She is a departure from what she was in the comic book,” Nyong’o says. “Nakia is a war dog. She is basically an undercover spy for Wakanda. Her job is to go out into the world and report back on what’s going on.”

Then there is the figurehead of the group - Ramonda (Angela Bassett). For Boseman, she is the spiritual leader all others look to.

“She is one of the advisors that he would look to. He has to look to her for some of the answers of what his father might want or might do. She may not be exactly right all the time, but she definitely has insights. She is the queen mother. And she’s that for not just him, but for everybody.” 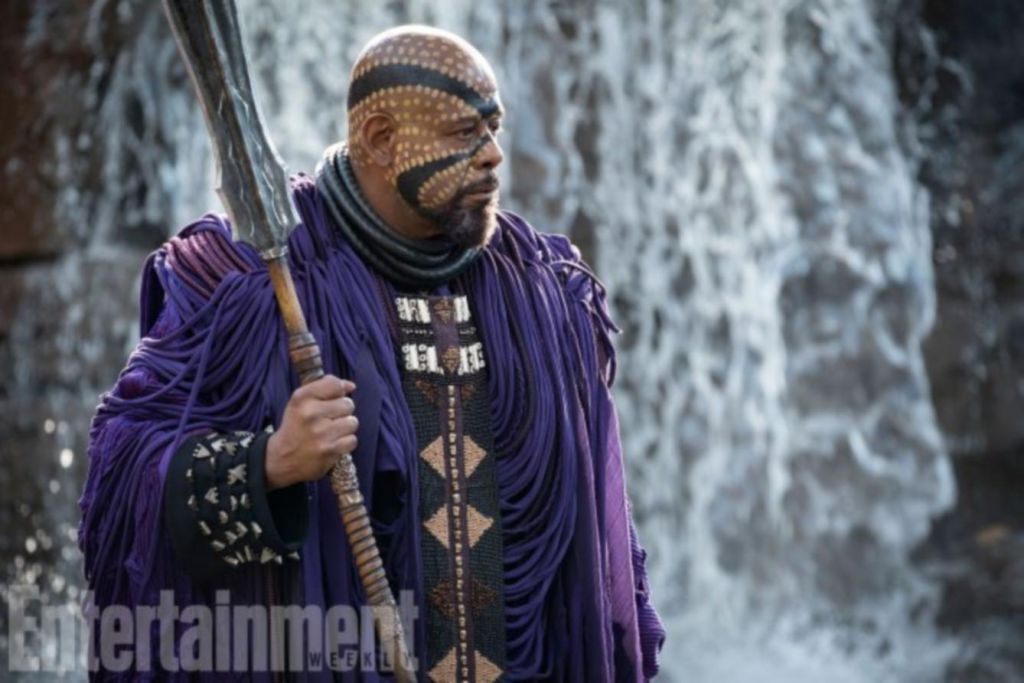 “She’s responsible for all these amazing technological advances that Vibranium has brought about from Wakanda," he remarks. “She is also a genius and runs the entire Wakandan design group.”

Veteran Forest Whitaker encapsulates the wise Zuri. He bridges an important element the filmmakers wanted to use from the print editions.

“He’s somewhat a religious figure or spiritual figure,” Coogler outlined. “Spirituality is something that exists in Wakanda in the comics, and it’s something we wanted to have elements of in the film. Forest’s character, more than anything, is a major tie-back to T’Challa’s father. Zuri is someone he looks to for guidance.”

Get Out star Daniel Kaluuya cashes in on his newfound fame through Black Panther's offsider W'Kabi. Moore sees him as a foot soldier willing to put his land before his own cause.

“W’Kabi is the head of security for the Border Tribe. They live on the borders of Wakanda and serve as the first line of defense for the country.”

Finally there is Erik Killmonger, played by Creed's Michael B. Jordan. The producer argues that he is far from a one-dimensional antagonist.

“I think Killmonger has his own opinion on how Wakanda has been run and should run, and what I think Michael brings to the table is sort of a charming antagonist, who doesn’t agree with how T’Challa is running things, frankly. I think that puts T’Challa in a difficult situation. Killmonger is a voice of a different side of Wakanda.”