Arnold Schwarzenegger Back As Human Prototype In Terminator Sequel

Just when you thought James Cameron would reboot his beloved Terminator franchise with a clean slate, he is said to bring his original star Arnold Schwarzenegger back into the fold. With Deadpool 2 director Tim Miller preparing to helm the reboot, the filmmaker has made it known that he wants a new trilogy to bring the series back to its former glories.

Yet one of the unanswered questions surrounding the mythology of The Terminator appears to be a central theme of the upcoming installment. Why was Schwarzenegger used by Skynet to be the face of the T-800? Are there others? This explains why the former Governor of California is returning.

Why is Arnie the Terminator? New Feature to Address This Mystery

Speaking to The Arnold Fans during a Q&A session as he was promoting the 3D release of Terminator 2: Judgement Day, Cameron discussed the rationale behind the reboot. It would hark back to the Sergeant Candy scene from Terminator 3: Rise of the Machines, recalling how and why the Austrian would be copied by Skynet to become the ruthless killing machine we saw in 1984 and beyond.

"You got to ask yourself, 'Why did they make these characters look and sound like Arnold?' There has to be a reason," he explained. "So yeah, it has flashed through my mind that there has to have been a prototype. There has to have been a guy who's DNA was harvested from, that they grew the organic outer layer that they grew the Terminator from... and that presumably was a real person at some point. Now, the question is, did that person have some sort of meaning to Skynet on why they chose that one (Arnold)? Or was it like a whole rack of Terminators and the one that happened to be the Arnold model just happened to be closest to the door going out to the time displacement center and all the others looked different? I've asked myself these questions but it's never been resolved... so stay tuned! We're talking pretty seriously now about doing some new Terminator films or possibly a trilogy and you'll just have to see what surfaces in those."

While we don't know much about the details of the script or casting, it appears we will discover why Schwarzenegger's DNA was utilized by the company. 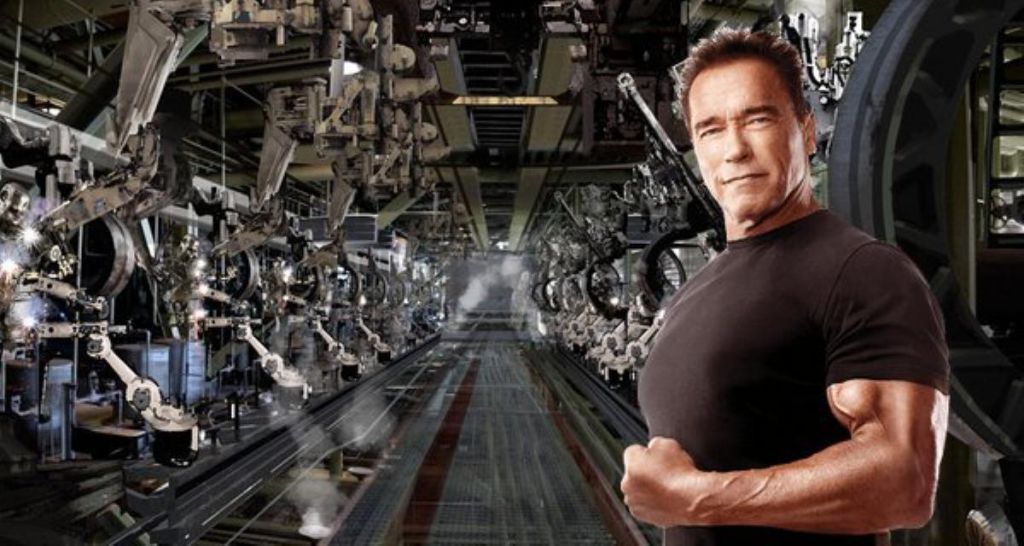 Talking to The Playlist, Schwarzenegger opened up on a trilogy of projects on his own plate. With the 70-year old veteran returning to the Twins sequel Triplets, a new Conan the Barbarian title and Miller's Terminator, he indicated that the science-fiction series would take preference with the cameras rolling early in 2018.

"In March next year, I am shooting Terminator 6, James Cameron and David Ellison are back on board and then comes a Conan (the Barbarian)."

All signs point to a 2019 debut for the new Terminator picture.