We're still eagerly awaiting the drop of the official Ant-Man and the Wasp trailer, but that appears to be just around the corner as Marvel have issued the official synopsis of the movie. Not only that, but a fresh image off the set of the sequel has been showcased to see Scott Lang/Ant-Man (Paul Rudd) and Hope van Dyne/The Wasp (Evangeline Lilly) both suited up and ready for action.

Some sneaky photographers have managed in the lead up to 2018 to score a look of Lilly in the Wasp outfit, but this is the first time we have scored a glimpse of the actress alongside her colleague. This is the fulfilment of what was promised at the conclusion of the 2015 installment, seeing Hope take the mantle from her mother Janet van Dyne (Michelle Pfeiffer).

Hope and Hank Drag Scott Out of Superhero Retirement

With May 4 looming large for the opening of Avengers: Infinity War, Ant-Man and the Wasp will be the first MCU property that follows that ensemble. It is unclear how the timeline will exactly fit into place but given the added significance of the Quantum Realm, all convention could be thrown out the door as the romantic comedy ensues.

This is the official synopsis:

"From the Marvel Cinematic Universe comes Ant-Man and The Wasp, a new chapter featuring heroes with the astonishing ability to shrink. In the aftermath of Captain America: Civil War, Scott Lang grapples with the consequences of his choices as both a super hero and a father. As he struggles to rebalance his life with his responsibilities as Ant-Man, he's confronted by Hope van Dyne and Dr. Hank Pym with an urgent new mission. Scott must once again put on the suit and learn to fight alongside the Wasp as the team works together to uncover secrets from the past." 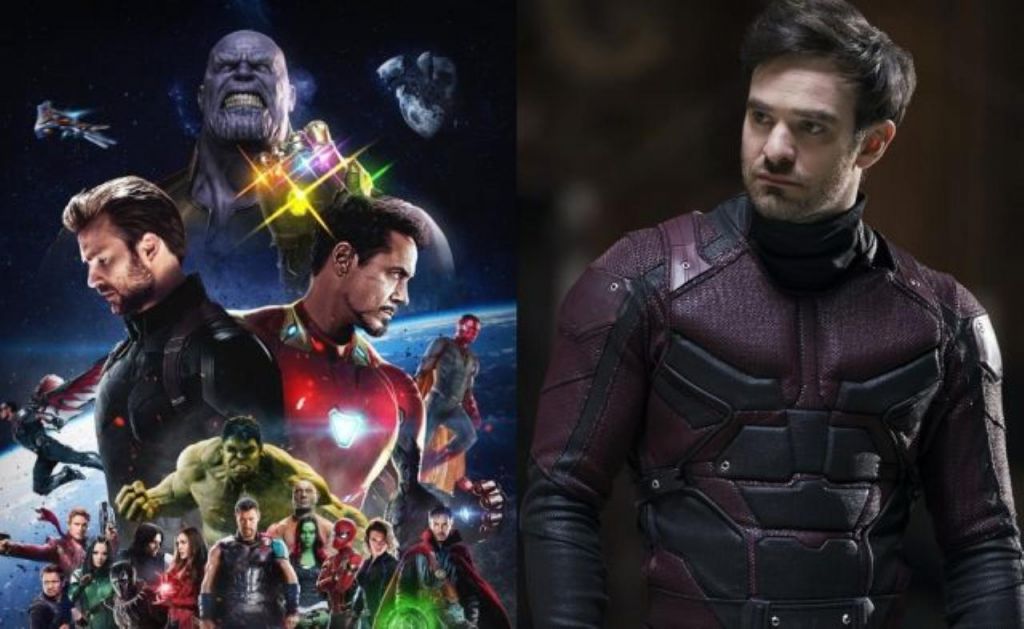 Take it for the pinch of salt it is, an enjoyable little Easter Egg that could be a nod to the small screen or perhaps, just maybe, an incredible crossover for the ages. As one Instagram user posted online, they would find a figure from a new Avengers: Infinity War LEGO set that had eerily similar traits to Daredevil.

"Recently, the Avengers: Infinity War Lego set was leaked online, giving us a good look at the heroes and villains," they wrote. "One of the sets include a newsstand that previews the New York Bulletin where the one and only Karen Page works. However, the front page titles 'Crime Floods the Street' including a red figure with horns and his trusty club, indicating that this figure might in fact be The Devil of Hell's Kitchen! It hasn't been confirmed that this will be in the films, but it could be Lego hinting towards a connection to the Netflix hero(es)."

The only conceivable tie-in so far is the fact that the 2018 film will be set in the same city that Daredevil operates in - New York City. Outside of that, Marvel have been fairly adamant that their Netflix television properties from Jessica Jones to Luke Cage and Iron Fist are their own entity.