When Nancy (Blake Lively) is attacked by a great white shark while surfing alone, she is stranded just a short distance from shore. Though she is only 200 yards from her survival, getting there proves the ultimate contest of wills.

The script for The Shallows has existed since 2014. It was considered  " the most liked unproduced horror screenplay" and made the 2015 Blacklist. With the casting of Blake Lively in August, 2015, production was (finally) confirmed, taking a crew to both New South Wales, Australia, and Lord Howe Island.

Unlike Jaws, The Shallows will show a Great White using its number one hunting method--breaching. The only catch is that the shark typically hunts during sunset, though the film will showcase this sort of hunting style during the peak of day. 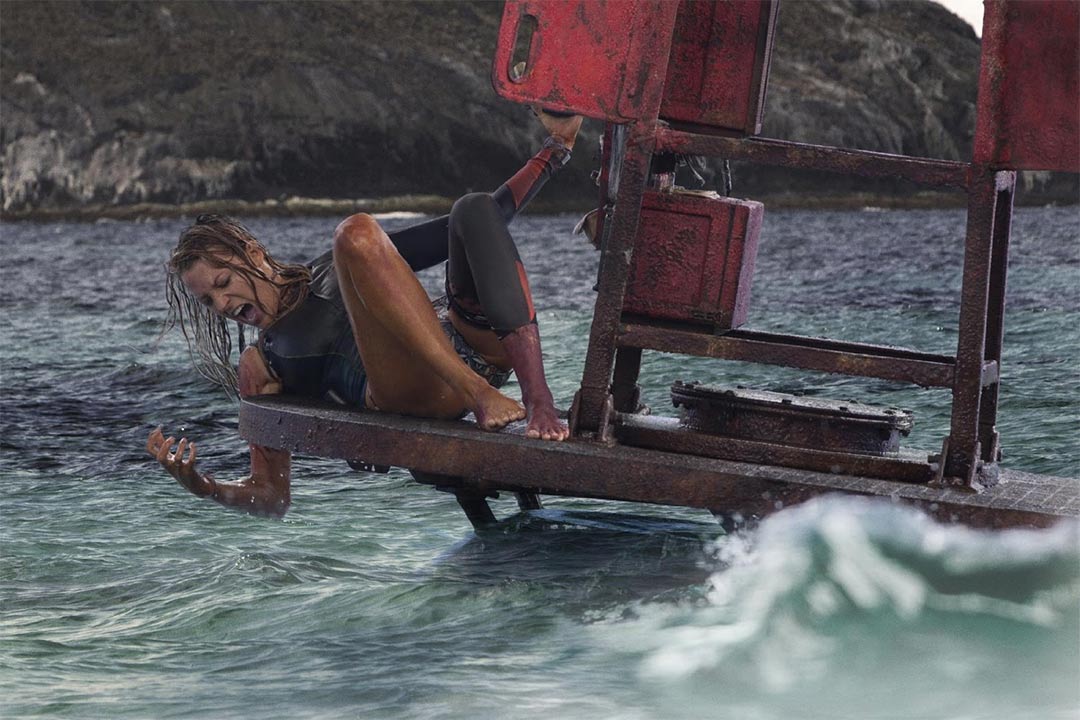 Wowza! So it turns out the first trailer for The Shallows was actually a teaser, as the feature trailer is full of new visuals, story and er, body count.

Just when I thought I was going back in the water this summer, this trailer has presented a solid case for remaining on the sand. First off, Blake Lively looks great in every sense of the word. A film with her rocking a bikini the entire time already sounds like a great idea, but throw in the fact that she needs to survive a natural predator with nothing other than smart thinking and audiences might have something special in store. The film seems almost like a mashup between Open Water and Into the Blue, with a dash of Deep Blue Sea; save for the cheesy sharks or criminal syndicate.

What is surprising about The Shallows is the film's running time. Typically when you are hanging out with a single character, you'd expect something closer to or shorter than ninety minutes. The running time for The Shallows is 1h 45m, much longer than expected. The feature trailer does suggest some sort of build up in story before she gets into the water, so that may explain it.

All in all, The Shallows is turning out to look like one helluva thriller.

Posted On
May 04, 2016
Director
Jaume Collet-Serra