The Emoji Movie unlocks the never-before-seen secret world inside your smartphone. Hidden within the messaging app is Textopolis, a bustling city where all your favorite emojis live, hoping to be selected by the phone's user. In this world, each emoji has only one facial expression -- except for Gene (T.J. Miller), an exuberant emoji who was born without a filter and is bursting with multiple expressions. Determined to become "normal" like the other emojis, Gene enlists the help of his handy best friend Hi-5 (James Corden) and the notorious code breaker emoji Jailbreak (Ilana Glazer). Together, they embark on an epic "app-venture" through the apps on the phone, each its own wild and fun world, to find the Code that will fix Gene. But when a greater danger threatens the phone, the fate of all emojis depends on these three unlikely friends who must save their world before it’s deleted forever.

The animation has gone through a number of titles before settling on the simpler "The Emoji Movie." The title shortly before that was Emojimovie: Express Yourself, which matches the teaser trailer's theme song.

While every Emoji's personality fits their look, TJ Miller's Gene will be the first emoji who can show multiple expressions. 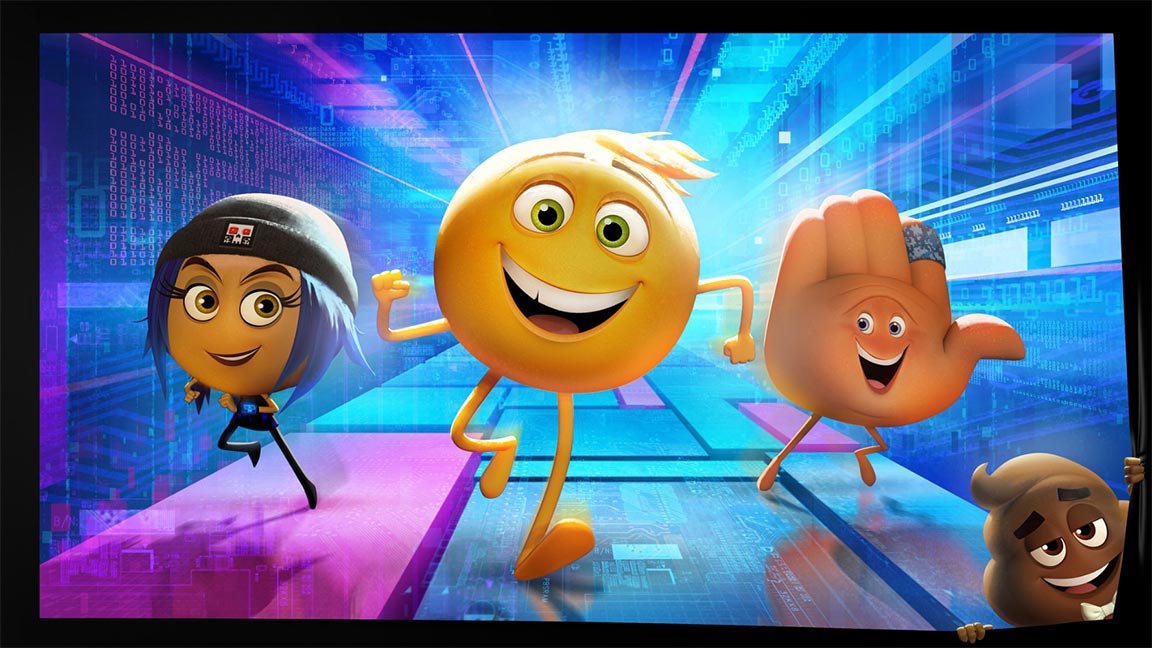 Considering that T.J. Miller has a very recognizable voice, I do have to admit that I'm a bit surprised that Sony wouldn't use him and his character to introduce the film. It took a bit of research to discover that the voice we were hearing is actually that of Steven Wright, who plays Mel Meh Emoji. The character will play Gene's (T.J Miller) father in the film. As you might have guessed, T.J. Miller is going to play the rebellious youth.

And, not to kick a dead horse, but let's return to T.J. Miller. The actor has been a hit on the popular HBO series Silicon Valley, while also having a great (yet minor) role as Weasel in Deadpool. The guy has been on fire. So why again was he left out of the teaser trailer?

Obviously not much is done yet for The Emoji Movie, hence why the teaser shows absolutely nothing from the film and, if you were to check, you'd see the casting is definitely incomplete. No worries, as Sony still has about nine months to get this project wrapped up and ready for delivery. Teaser indeed!