Ghost in the Shell Theatrical Trailer (2017)

Theatrical Trailer for Ghost in the Shell.

Cyborg counter-cyberterrorist field commander The Major (Scarlett Johansson) and her task force Section 9 thwart cyber criminals and hackers. Now, they must face a new enemy who will stop at nothing to sabotage Hanka Robotics' artificial intelligence technology.

The film is loosely based on Ghost in the Shell (manga), a seinen manga series written and illustrated by Masamune Shirowback in 1989.

The manga series is set in the mid-twenty-first century in the fictional Japanese city of Niihama. It follows the members of Public Security Section 9, a special-operations task-force made up of former military officers and police detectives. Computer technology has advanced to the point that many members of the public possess cyberbrains, technology that allows them to interface their biological brain with various networks. The level of cyberization varies from simple minimal interfaces to almost complete replacement of the brain with cybernetic parts, in cases of severe trauma. This can also be combined with various levels of prostheses, with a fully prosthetic body enabling a person to become a cyborg. The heroine of Ghost in the Shell, Major Motoko Kusanagi (played by Scarlett Johansson in the new film), is such a cyborg, having had a terrible accident befall her as a child that ultimately required that she use a full-body prosthesis to house her cyberbrain. This high level of cyberization, however, opens the brain up to attacks from highly skilled hackers, with the most dangerous being those who will hack a person to bend to their whims.

This trailer is much more impressive than the first trailer. vast majority of the potential audience Paramount Studios is trying to reach is not going to be familiar with manga series, so it us up to them to inform the audience with these trailers, and this one does just that. The first trailer slow rolled us into the film, showed some cool footage, but did little to explain what was going on in this cyberization of a world. And, now we have a trailer to bring everything together. 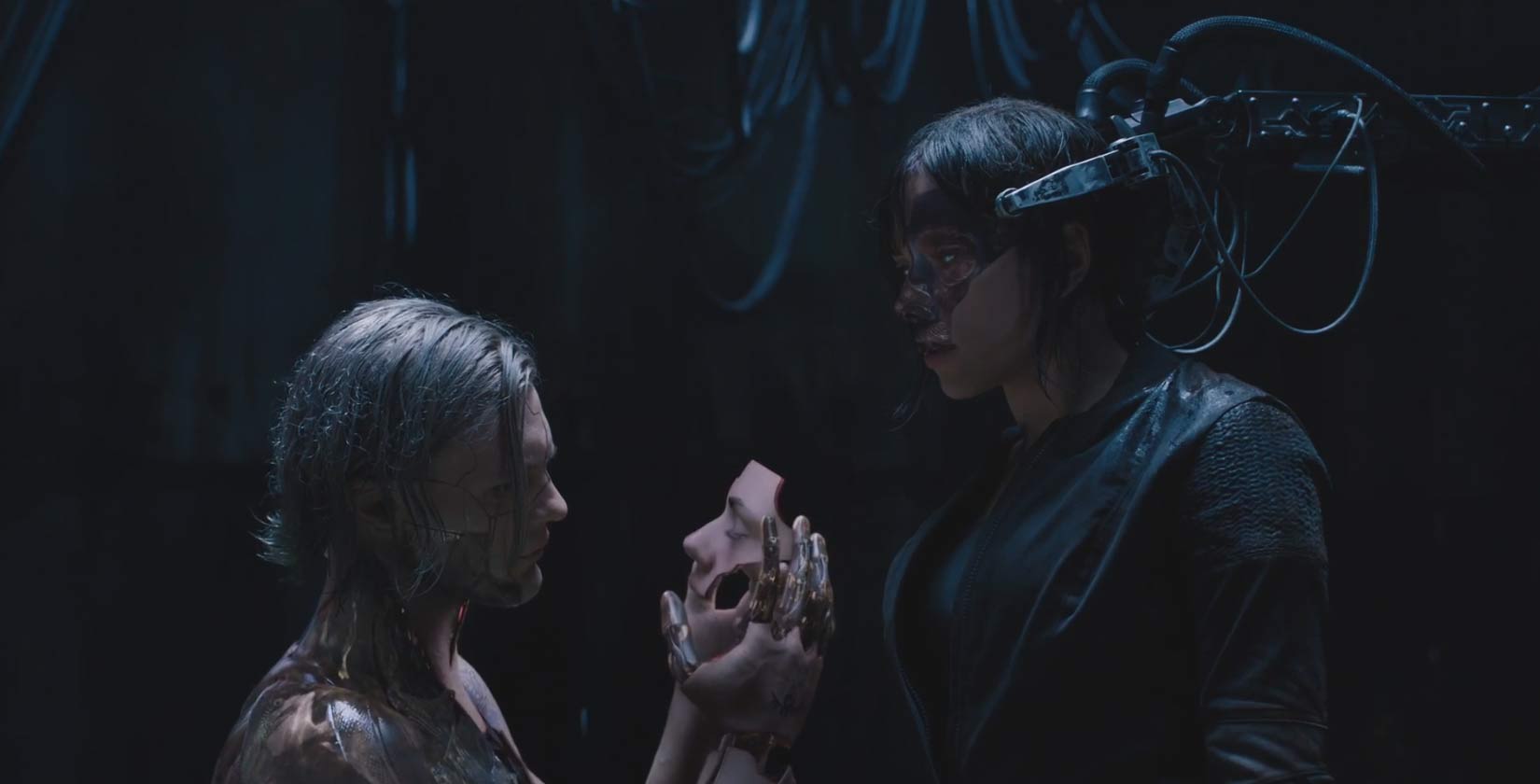 I am wondering why the studio felt they had to cast Scarlett Johansson for this role. There has been controversy over the years of Hollywood "whitewashing" roles. Johnny Depp as Tonto and Matt Damon in The Great Wall are just a couple that come to mind. She does bring great name recognition, but there are other Asian actresses out there who could kick some ass just as well.

With that being said, Scarlett Johansson is quickly turning herself into an action star. She was a badass in Lucy and of course kicks some butt in the Marvel films: Iron Man 2, The Avengers, Captain America: The Winter Soldier, Avengers: Age of Ultron, Captain America: Civil War & the upcoming Avengers: Infinity War.

I have a feeling that this film wil not appeal to a huge audience and will do not do too well at the box office, but I myself think it looks great and will definitely catch it. "They created me, but they cannot control me".