Mahershala Ali is on a mission to land roles that will expand his horizons, and one of those appears to be on the cusp of completion. This week The Tracking Board reported that the 43-year old has been in talks with HBO about headlining their third season of the hit series True Detective.

Winning an Oscar for Best Supporting Actor for the 2016 drama Moonlight, Ali will attempt to emulate the success of Matthew McConaughey and Woody Harrelson in the pilot run before the show encountered backlash for the follow up. Despite a cast that boasted Vince Vaughn, Colin Farrell and Rachel McAdams, HBO were castigated for a convoluted screenplay that botched the talent at their disposal.

"Sources caution that Ali’s deal hasn’t closed yet, but insiders are confident that it will," the website wrote. "The third season of True Detective has not received a greenlight yet either, but given the fact that the show is one of the crown jewels in HBO’s programming lineup, insiders say it is definitely expected to return."

Ali's Road Paved With Tales of Terrorism and Racism Allegations

As the actor enjoyed an extensive interview with GQ Magazine, Ali gave the public a glimpse at his history. Going by a nickname that was abbreviated from the Hebrew title Mahershalalhashbaz, the Oakland native admitted that his youth was anything but glamorous.

“When suddenly you go from being followed in Barneys to being fawned over, it will mess with your head," he said of his rise to fame. "Those experiences that you have from age 10, when you start getting these little messages that you are something to be feared. Walking down the street in Berkeley and some cops roll up on you and say straight up, ‘Give me your ID,’ and you’re like, ‘What the f***?’”

The events of 9/11 would not make his life any easier, especially since he converted to Islam in 1999. So much so, Ali found himself on a terrorist watch list.

“They would be like, ‘Yeah, your name matches the name of a terrorist,'" he recalled. "I was like, ‘What terrorist is running around with a Hebrew first name and an Arabic last name? Who’s that guy?’”

Rather than harboring any hatred or vitriol, the performer channels those emotions into his characters for film and television - a philosophy that has paid incredible dividends.

“It benefits me from the standpoint of really creating empathy for these characters that I try to embody, other human beings with issues as deep and personal as my own. Because of Islam, I am acutely aware that I am a work in progress. (Religion) puts a healthy pressure on you to be your best self, beginning with your own spirit and how that feeds into your actions.” 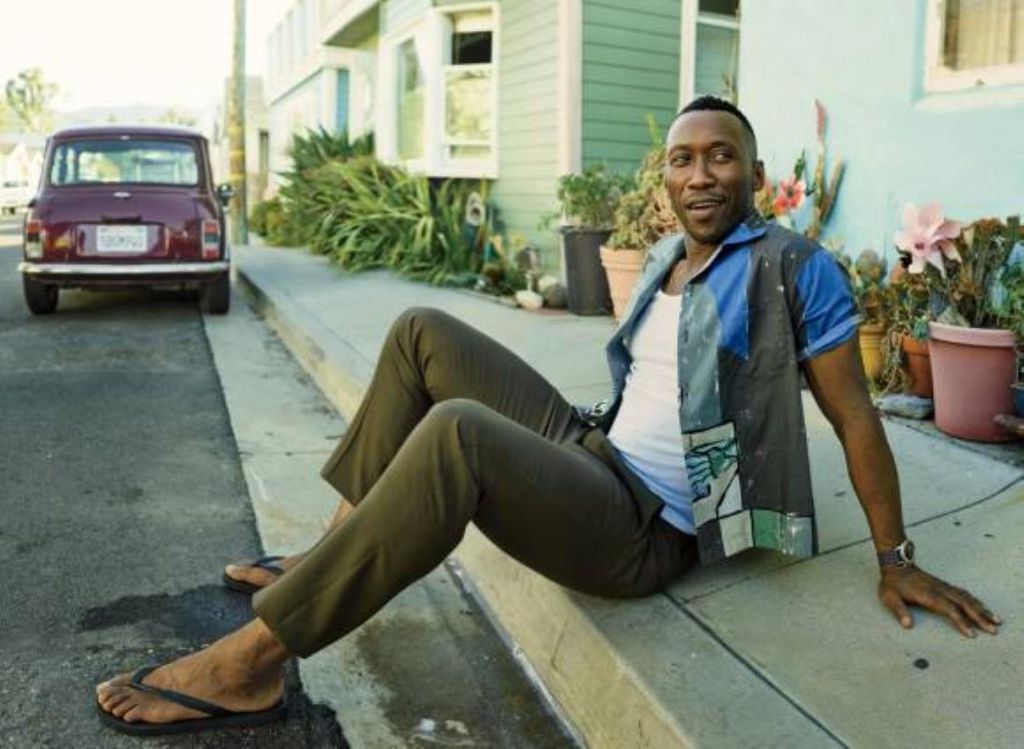 While Moonlight was a feature that tackled modern cultural issues head on, so did 2016's Free State of Jones. Playing a civil rights activist in Moses Washington, Ali is clearly drawn to those figures who give African-Americans a voice.

“I think African-Americans have a very convoluted relationship with patriotism,” he says. “The fact is, we essentially were the abused child. We still love the parent, but you can’t overlook the fact that we have a very convoluted relationship with the parent. I absolutely love this country, but like so many people have some real questions and concerns about how things have gone down over the years and where we’re at. And that’s from a place of love, because I want the country to be what it says it is on paper.”

Source: The Tracking Board, GQ