The LEGO Ninjago Movie Reviews: A Fun But Safe Film Designed For Kids

The LEGO Ninjago Movie is a continuation of what began with the 2014 original The LEGO Movie. Expanding the property even further, this spinoff packs an all-star cast to voice the characters - Dave Franco, Jackie Chan, Olivia Munn, Chris Hardwick, Michael Pena, Justin Theroux and plenty more.

While some critics were left a little flat compared to other features within the franchise, it still achieves enough of a spectacle to be entertaining across 101 minutes. Here is what the reviews had to say.

Benjamin Lee offers 3/5 stars at The Guardian to argue that it is a little too commercial and at risk of pushing the joke too far.

"The third movie in the surprisingly astute toy-based franchise covers similar ground but at such a fast pace, it’s impossible to be bored," he writes. "While LEGO Movie masterminds Chris Miller and Phil Lord act just as producers here, the rapid-fire pace they perfected in not only the first movie but their ingenious 21 Jump Street reboot and the underrated Cloudy with a Chance of Meatballs, is present here, with mixed results... There’s a lingering sense of familiarity that persists and what felt fresh in the first film, and tweaked in The LEGO Batman Movie, is at risk of feeling tired here."

Alex Welch was more delighted with this take to give 4/5 stars at IGN. From his perspective, Justin Theroux steals the show completely with his voiceover of the evil Lord Garmadon.

"Fortunately, The LEGO Ninjago Movie has a different enough backdrop and story to keep it from ever becoming too familiar or boring," he begins. "The film gets increasingly better the more time it spends just letting Garmadon interact with the other characters; the funniest scene in the entire movie is arguably when Garmadon tells his origin story to Lloyd’s inquisitive ninja comrades. Theroux steals the title from Will Arnett’s Batman as the best-voiced LEGO Movie character to date, and absolutely runs away with The LEGO Ninjago Movie." 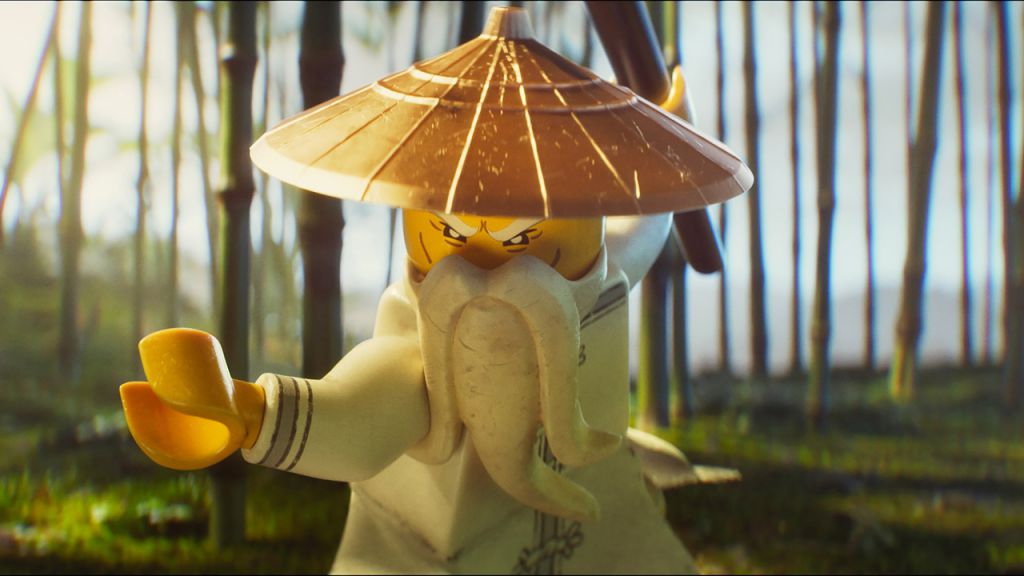 Leigh Paatsch believes this title flattered to deceive with a 2.5/5 star critique at news.com.au. He saw one too many parallels with the CGI-heavy franchise Transformers.

"The best that can be said of The LEGO Ninjago Movie is that the visual brilliance of the Lego animation format still pops on the big screen like nothing else in the cartoon universe. However, the many mechanised battle sequences in the movie can get very Transformers-ish very quickly."

Finally for MovieWeb's Julian Roman, he walked into the theater without any preconceptions and that tactic paid off.

"I walked into this film cold," he recalled. "Beyond a fleeting glimpse of the trailer, I didn't have a clue about anything Ninjago related. Kudos to the directing and writing team for crafting a film enjoyable to all audiences."

It might be absent of elements that were more risque in the other pictures, but it is still an attractive proposition for people of all ages.

"The LEGO Ninjago Movie is a hyper visual adventure loaded with humor and warmth. Kids will be dazzled by the frenetic animation, while enjoying a lot of laughs with the adults."

The LEGO Ninjago Movie opens across the US on September 22.