There is a camp quality about 1995's Batman Forever but for many, it was the beginning of the end. Since Michael Keaton and Tim Burton managed to craft a comic book adaptation into two blockbuster movies courtesy of Batman and Batman Returns, this installment with Val Kilmer as the Dark Knight and Joel Schumacher as director was packed with glamor and effects, yet little substance.

The major inclusions into the series though would take the focus away from Kilmer's short stay as Bruce Wayne. Rather it was supervillians the Riddler (Jim Carrey) and Harvey Dent a.k.a. Two Face (Tommy Lee Jones) who stole the limelight. As Carrey reflected on that experience over twenty years ago, he revealed that the DC bad boys did not get along, and that was in due part to Jones' coldness towards his colleague.

Hatred Sealed With a Hug 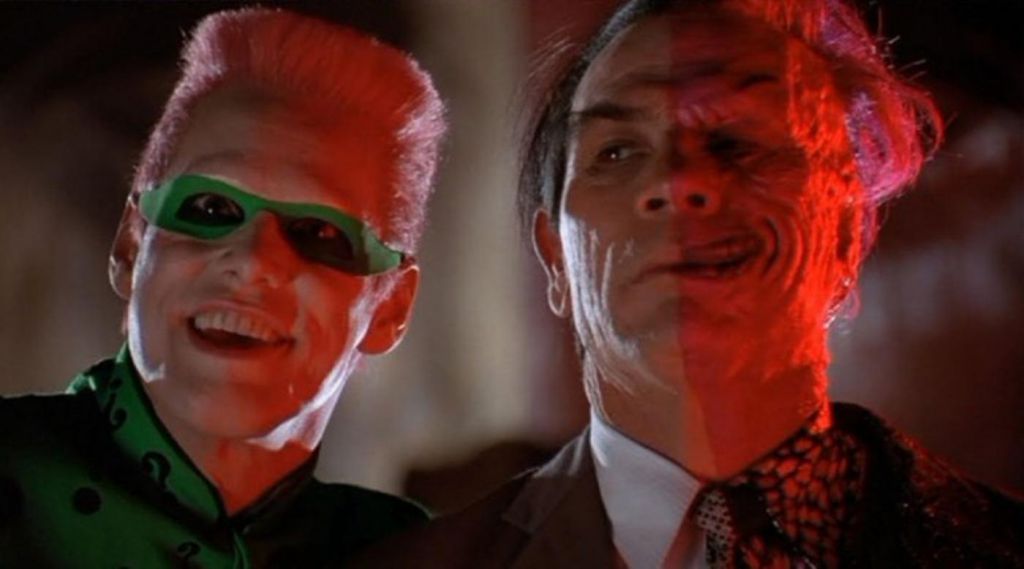 Appearing on the talkshow Norm McDonald Live, the reclusive Carrey opened up about his time on the DC set and playing the iconic Riddler. Quizzed about his relationship with his co-star, he outlined how the duo got off to the worst possible start.

"The maître said, 'Oh, I hear you're working with Tommy Lee Jones. He's over in the corner having dinner,'" he recalled. "I went over and I said, 'Hey Tommy, how are you doing?' and the blood just drained from his face. And he got up shaking-he must have been in mid-kill me fantasy or something like that. And he went to hug me and he said, 'I hate you. I really don't like you.' And I said, 'What's the problem?' and pulled up a chair, which probably wasn't smart. And he said, 'I cannot sanction your buffoonery.'" 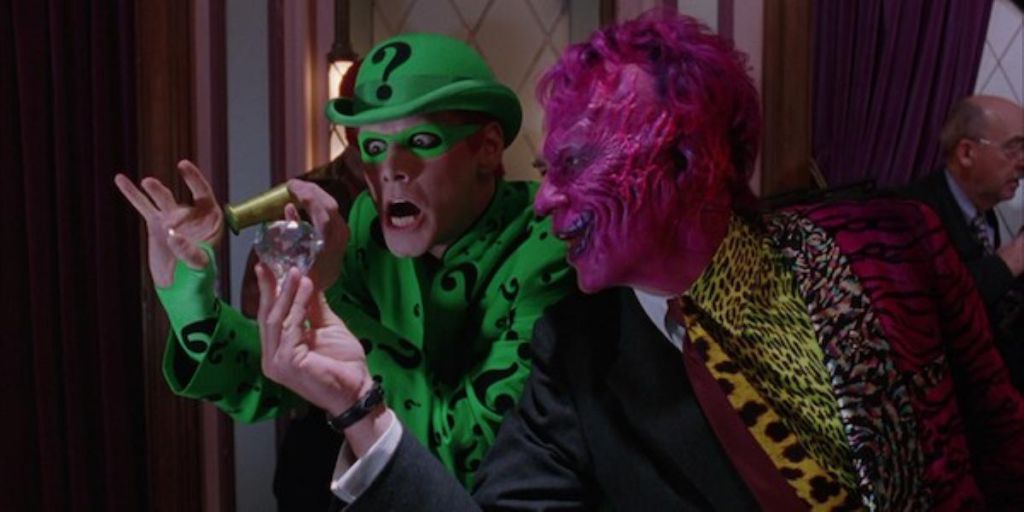 The host would then dig a little deeper and try and find out what the issue was. Carrey had two theories that might have played into it, both revolving around a serious case of jealous and angst.

"I was the star and that was the problem," he argued. "He's a phenomenal actor, though. I still love him. He might have been uncomfortable doing that work, too. That's not really his style of stuff."

Another issue surrounded two of their previous movies that would clash at the box office. Whereas Jones' 1994 sports biopic Cobb fell flat with a $1m box office taking, Carrey's comedy Dumb and Dumber would blow the competition out of the water.

"I think he was just a little freaked out because Dumb and Dumber came out on the same weekend as Cobb, and Cobb was his big swing for the fences and that didn't work out and that freaked him out a bit."