The writers have long been considered the butt of many jokes in the moviemaking industry. To the point where jibes about them and their treatment are common place. A decade ago in 2007 however, the joke was on the rest of the industry as the Writers Guild of America (WGA) took the drastic action of launching a strike that lasted 100 days.

Shutting down up to 60 television series that included E.R., Lost, and 30 Rock, the big screen was not spared any pain as a number of titles like Transformers: Revenge of the Fallen went ahead with production with a screenplay that was incomplete. Now a new battle is taking place as writers told the press that they are ready for a unified front against their wealthy employers.

“It was good. Seems like everyone is supportive of each other,” said one writer after leaving a WGA meeting. “It was a very enthusiastic room,” remarked another. My Name is Earl writer John Hoberg tweeted, “Just got back from the #WGA meeting. Based on the sustained standing ovation after asking for solidarity it’s clear this thing is for real.”

What Impact This Potential Strike Could Have

For those that still cannot comprehend the mess that was the 2009 title X-Men Origins: Wolverine, you can thank the 2007 writers strike for that disaster. Any number of slated movies and shows are under threat of being left in the cold and completed by novices, a scenario that would be embarrassing and damaging on many levels.

One Day at a Time writer-producer Mike Royce explained that the issue can be resolved if the other side concedes their reasonable demands.

“When May 1 hits, we would normally be rolling along," he said. "The things we’re asking for are reasonable. All the things we have happened because we drew a line in the sand. It’s not on par with broadcast, but it’s something. The most important thing was setting the precedent. Back then they were like, ‘We don’t even know if the Internet’s gonna be a thing.’”

What Do The WGA Want? 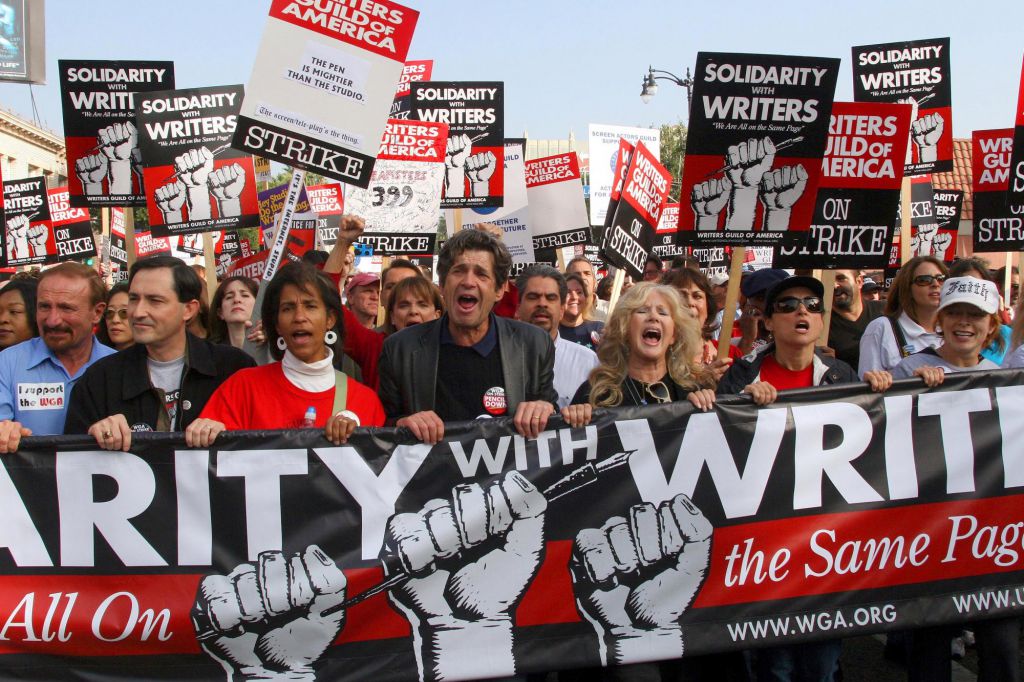 While there are some conflicting reports on the exact detail, the WGA are seeking a reported $535m collective deal for the union. To make the scenario scary and seemingly inevitable that it will go ahead, the Alliance of Motion Picture and Television Producers are not willing to budge beyond a figure of $180m.

“Just returned from the WGAW outreach meeting at the Universal Sheraton. It was as rousing — and moving — an evening of solidarity as I've experienced in a long while. It made me proud all over again to be a member of the WGAW, and a part of the community of writers. A strike authorization is not something any of us takes lightly, and it is of course — as we know deeply — a scary step. But it is a necessary one.”

The fat-marker version: this authorization is the single best and largest piece of leverage we have to get writers what they need and deserve. Our negotiations are in recess until Tuesday, when the results of the vote are announced. Why? Because the companies don't want to give us a penny they don't have to. It's that simple. I hope you'll join me in voting YES, to give our extraordinary negotiating committee the mandate they need to bring home a contract we can accept.”

A vote by WGA members is said to be held on April 24 with a May 1 deadline looming.