Director Eyeing Off Sequel For The Simpsons Movie

America's longest running sit-com continues to stay on the air and while some would like The Simpsons to call it a day, 20th Century Fox have their sights on a sequel to their 2007 motion picture. The Simpsons Movie saw the cartoon family appear on the big screen after 18 years on television and following a warm reception of 88% on Rotten Tomatoes, director David Silverman and producer Al Jean see value in a second installment.

Speaking with Entertainment Weekly, the pair looked back on the decade that has followed the release of the comedy. Discussing everything from plot points to drafts and fan feedback, it would be the potential for The Simpsons Movie 2 that had to be addressed.

Releasing the film in between seasons 18 and 19, Silverman explained that the studio and executives have been considering their options. Yet he recalls the stress all parties were put under to deliver the goods with the movie before returning to the series just months later.

"I'd love for there to be another one," he remarked. "We're still a ways away from it. We talk about this and that. We're thinking it over, but nothing's happening just yet... It's still daunting because it really knocked the stuffing out of us to do the movie and the show at the same time."

Producer Jean would go into a bit more depth, saying that the blueprint has started to be put together.

"I'd say (it's in) the very earliest stages," he outlined. "I certainly am cautious about a couple things. I wouldn't want it to be risky in terms of budget, and I would not want it to be anything that we did purely for the money. I would want it to be a really great movie. I personally feel no need for another one unless it's great." 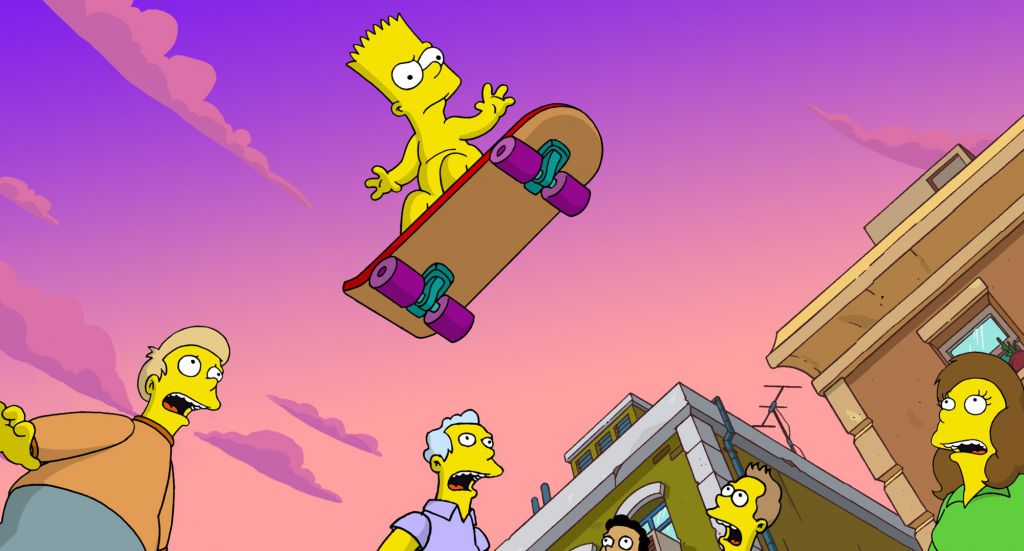 Jean would offer an admission on the shortcomings of the script, seeing the Simpsons departure from their home as a lull in proceedings.

“The rough part of the script, which we worked on again and again, was between the Simpsons escaping (the dome) and the Simpsons returning to Springfield,” says Jean. “And that I still think is a little rough. I agree with that criticism that there were some funny observations, but it felt like you were just waiting for them to get back. Once Marge does the wedding video and then Homer starts maturing, you feel like there’s a narrative drive again.”

For Silverman, he wanted to put forward the original screenplay and examine how the audience reacted. From what they received back, he conceded that they had to change tack.

“We thought, ‘People are going to probably want to see, ‘Here’s how everybody’s dealing with things in Springfield,’” he remembered. “And what we found out in previews is that people didn’t really care what was happening in Springfield. They were more interested in what was happening with the family. People had more empathy and sympathy and interest in how the family was doing and what was their story. It wasn’t as necessary as we thought it was. We were answering questions nobody was asking.”