The cast for director Neil Marshall is starting to take shape as Hellboy secured another big name to their list this week. THR reports that 34-year old Ed Skrein will link up with the project to take on the role of Ben Daimio. A figure that is described as a "rugged member" of the Bureau for Paranormal Research and Defense (B.P.R.D.).

Rather than just being a human in a fictional superhero realm, the Deadpool star is said to have the ability to transform into a jaguar. He will join the likes of David Harbour, Sasha Lane, Ian McShane and Resident Evil's Milla Jovovich as the lead villain the Blood Queen for the upcoming remake. 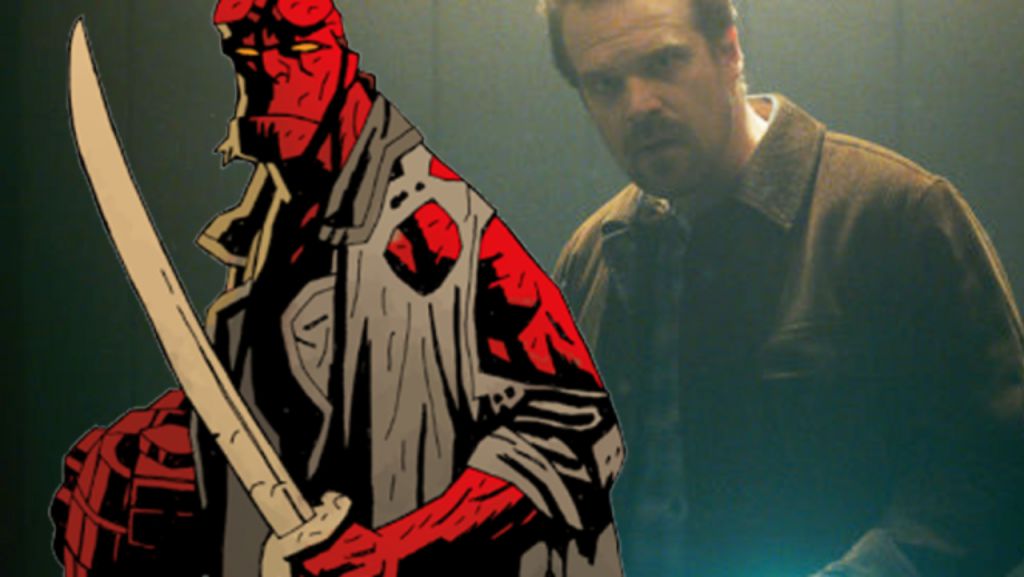 There have been a few misconceptions floating around about this new adaptation, one of which being the title. With Hellboy: Rise of the Blood Queen officially debunked as the name, Harbour appeared on the Happy Sad Confused podcast to say that this edition won't showcase the character's origin story.

Instead, it will take cues from another action adventure franchise Indiana Jones to only provide small glimpses of the superhero's past.

“There is something of (his origin), but it’s not really an origin story movie," the Stranger Things star remarked. "We kind of pick up the movie like we’re running and gunning. We do have a little bit of stuff where we show stuff, but it really is a story and you just drop in with this guy. In a way, I feel like that’s kind of what Indiana Jones was. You start with him stealing the idol, but also you do go back to the university and you understand he’s an archeologist, but this is just a guy who goes and steals idols and fights Nazis and wants to steal the Arc of the Covenant. But you never go back when he’s a kid and you’re like, ‘How did he become Indiana Jones?’ It’s like no, we accept that this is Indiana Jones and I think that’s what our story does too. You accept that there’s this half-demon guy running around the world and being a paranormal investigator and solving crimes and also dealing with his own issues at the same time.”

DH To Give Hellboy More Vulnerability Than Macho Ron 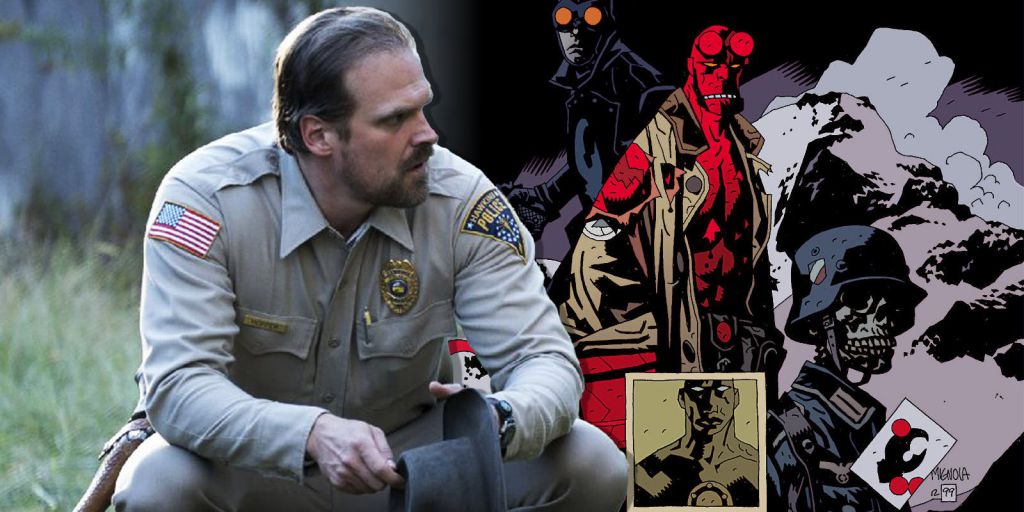 Wanting to provide something unique to the table than what his predecessor Ron Perlman did for the Guillermo del Toro titles in 2004 and 2008, Harbour explained that his portrayal will have a genuine contrast. Rather than being an all-knowing, all-conquering figure, this Hellboy will demonstrate some inner fragility.

“It’s unique and odd," he stated. "There are things that I’m gonna do that are different. Hellboy is the same character from the comics and from what Ron (Perlman) did, there are certain things that are the same thing, but I do think that—I don’t know, there’s a different approach because I sort of highlight different things, I think, than Ron does. Ron sort of embraces this machismo in himself and in Hellboy, and I really like it and it’s super fun and it’s a super fun performance, but I think Hellboy has a certain psycho dynamic where occasionally he has to prove that he’s the lion, has to roar, and I think he struggles with his own masculinity. But I don’t think he needs that as much as maybe those other movies. I have a bit of a different take on his capability or his slickness. I sort of think that for me he’s a little less skilled at constructing that persona.”