2 Feud 2 Furious: Beef Emerges Between Tyrese Gibson and The Rock

C'mon guys. Can't we all just get along? This is probably what executives at the Fast and Furious are probably thinking as a new beef has begun behind the scenes of the action franchise.

Following the unheralded box office success of The Fate of the Furious, a title that brought aboard Charlize Theron and a ton of cash over the $1b barrier, all seemed well again amid a clash of egos that threatened the series moving forward. With Dwayne Johnson venturing forward with a spinoff that will see his character Luke Hobbs pair up against Jason Statham's Deckard Shaw, it appears as though Tyrese Gibson is not pleased.

How do we know? One glance at The Rock's Instagram page will let you know the details.

Secret weapon. Many productive meetings and big business deals have been sealed with a handshake at my GSD (Get Shit Done) table that's inside my trailer. This table holds a lot of great mana (spirit/power) and energy. And if these wood slabs could talk... well it's best they can't talk for national security purposes. Great shot by @sevenbucksprod President @hhgarcia41 capturing our post meeting aftermath. #SecretWeapon #GSDTable #LetsGetShitDone ✔️

Leaving no rest for the wicked, Johnson would sit down at his trailer after another grueling day of shooting for his film Skyscraper. Here he would post an image of himself busy with pen in hand and his phone in the other.

"Secret weapon," he wrote. "Many productive meetings and big business deals have been sealed with a handshake at my GSD (Get S*** Done) table that's inside my trailer.  This table holds a lot of great mana (spirit/power) and energy. And if these wood slabs could talk... well it's best they can't talk for national security purposes.  Great shot by @sevenbucksprod President @hhgarcia41 capturing our post meeting aftermath.  #SecretWeapon #GSDTable #LetsGetS***Done."

While this seemed innocent enough, one comment would stand out above all others. It would be none other than his Furious co-star Tyrese Gibson, resorting to the Instagram comments section because the star was allegedly not answering his calls.

"If you move forward with that #Hobbs Movie you will have purposely ignored the heart to heart moment we had in my sprinter," Gibson remarked. "I don't wanna hear from you until you remember what we talked about. I'm on your timeline cause you're not responding to my texts messages. #FastFamily is just that a family...... We don't fly solo."

Gibson might be angry, but he has to be credited for a solid hashtag game.

Dwayne Has Caused Fast Fractures Before 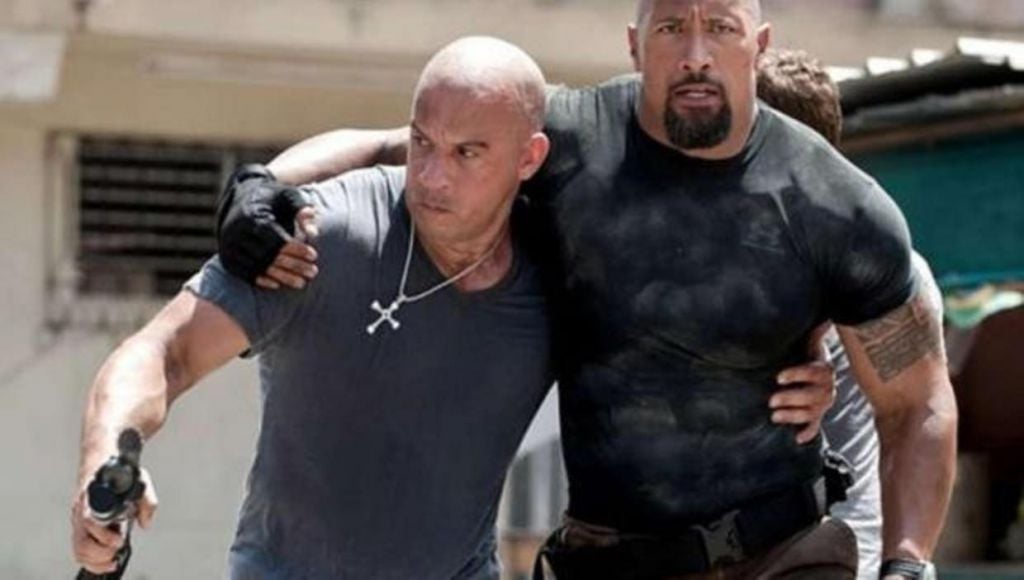 It is not that long ago when Vin Diesel apparently buried his feud with The Rock after a series of spats between the action stars. This is what Diesel would tell the press, intimating that the duo head a heart-to-heart.

"I protect the franchise. I protect everybody including Dwayne," he stated. "I protected Dwayne more than he’ll ever know. And it doesn’t matter. He doesn’t have to know. But he appreciates it. He knows it. Dwayne has only got one Vin in his life. Dwayne Johnson only has one big brother in this film world and that’s me. I'm always rooting for Dwayne. I'm the first multicultural megastar in Hollywood. They didn't exist. To see another multicultural star come up is something I am very proud of."