Jumanji: Welcome to the Jungle Reviews: A Fun, Modern Take On a Classic

Some had feared what a Dwayne Johnson-led reboot of a classic Robin Williams picture would turn out to be and by all indications, this is not the train wreck many had suspected. Jumanji: Welcome to the Jungle takes a very 2017 approach to what the 1995 original did with the late comic genius, utilizing the talents of The Rock alongside Kevin Hart, Jack Black and Karen Gillan.

While the scribes have not been blown away by this effort from filmmaker Jake Kasdan, it does have a healthy standing online with a Rotten Tomatoes rating of 83% at time of writing. Should you be looking for some light-hearted fun this Christmas, this could be the movie for you.

A Jumble of Laughs, Just Don't Expect The World 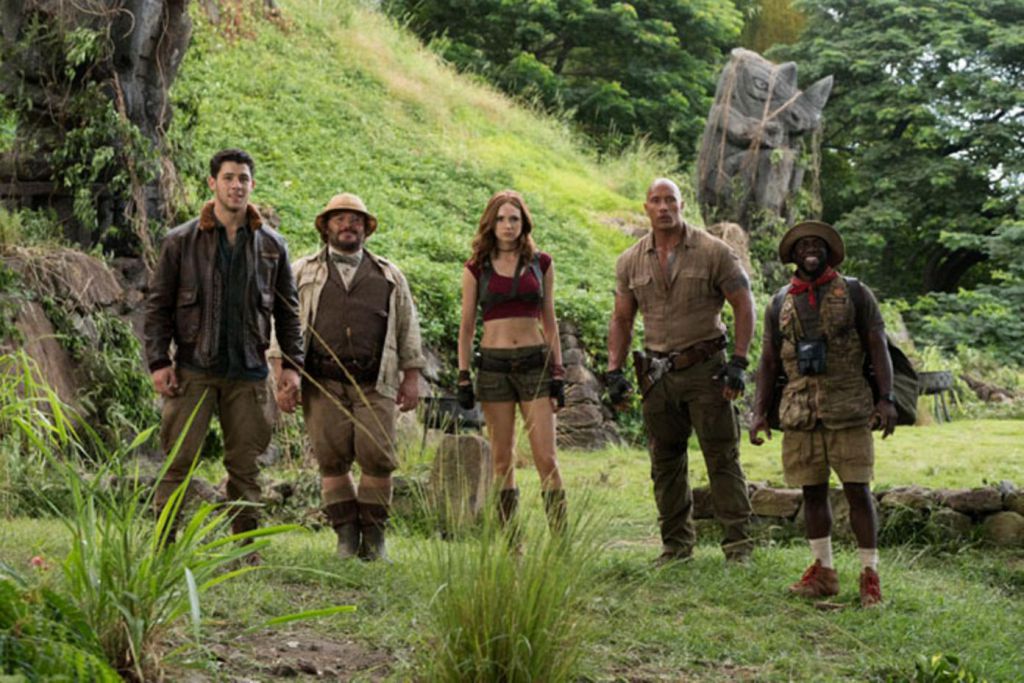 Alex Flood issued 3.5/5 stars for NME to say that the shortcomings can be overlooked with Johnson in his element.

"Jumanji: Welcome To The Jungle (yes, there are fun and games) follows roughly the same plot as the original, but with a modern twist. This time, the titular board game has morphed into a Sega-like games console, complete with retro video cartridge," he writes. "It might lack subtlety and lose steam towards the end, but WTTJ more than makes up for it with some hilarious set pieces and an all-star cast that oozes chemistry. We defy you not to laugh every time The Rock lets loose his eyebrow-tastic signature look. Robin Williams would have been proud."

Pete Hammond is not so convinced at Deadline, with the critic going so far as to say that the 1995 edition still drips with a solid dose of unwarranted nostalgia.

"Sorry to bah humbug all over this thing, but the 1995 attempt to bring Chris van Allsburg’s 1981 children’s book to the screen wasn’t exactly all that to begin with, despite attempts by star Robin Williams and a menagerie of animals to bring it to life," he writes. "This Jumanji is fine as a pass-the-time family outing, but don’t expect too much. It feels like what you might get if you merged The Breakfast Club with Freaky Friday and The Jungle Book. It might better be titled 'Welcome to the Jumble.'"

A Solid Christmas Filler For the Family

Giving a solid if not unspectacular 3/5 stars at The Guardian, Peter Bradshaw found most of the humor in Johnson's attempt to play a teenager stuck in his muscled physique. Like his peer Hammond, there was a joy in playing into that Freaky Friday shtick.

"Jumanji: Welcome to the Jungle is a big, brash, amiable entertainment with something of Indiana Jones, plus the body-swap comedy of Freaky Friday, or F Anstey’s Victorian classic Vice Versa. It features an endearing performance from Dwayne Johnson who, as a teen wimp magicked into a giant Herculean body, has to look nervy and nerdy and say things like 'Oi vey,'" pens Bradshaw. "It’s a likeable film which borrows liberally from everything and everyone, and if it’s put together by numbers, well, then it is done capably enough... Perhaps it is destined to be seen on small screens for sleepovers, but it’s an amiable effort that will go down like eggnog over Christmas."

Finally for Alex Welch at IGN, he believes Bobby Cannavale’s antagonist fails to convince as the story progresses. Yet it still manages to follow through on what the shorts tease - a fun ride for the family in his 7/10 review.

"For those who were hoping for it to be the ridiculous and zany comedy adventure the trailers had promised, you can rest easy knowing Jumanji: Welcome to the Jungle does, indeed, deliver on that," he argues. "(It) brings audiences back to its classic fictional world with a fun, updated new twist on its well-worn story. So even if some of its subplots and emotional throughlines don’t quite click, the action-packed fun and humor should still make it worth your price of admission."

Jumanji: Welcome to the Jungle opens in cinemas across the US on December 20.