Trailer for The Trust.

Waters and Stone are two nobody police officers working dull administrative jobs and making extra money selling stolen Civil Service Exams to other officers. When Stone hears a story about a heroin dealer quickly beating his extremely high bail, the two friends set into motion a plan to find the origin of such a large amount of cash. Through diligent police work they follow a trail that leads directly to a custom bank-style vault built into the back room freezer of a small grocery store. They put a plan into motion to rob the vault and split whatever they find inside. But by the time they figure out what the vault contains, it's already too late to turn back.

You may have noticed the use of police uniforms, badges, insignia and squad cars reading "LVPD" standing for Las Vegas Police Department. Well, that is completely fake and made up just for the movie. Actually in Las Vegas the police force is known as Las Vegas Metropolitan Police Department (LVMPD) or Metro. 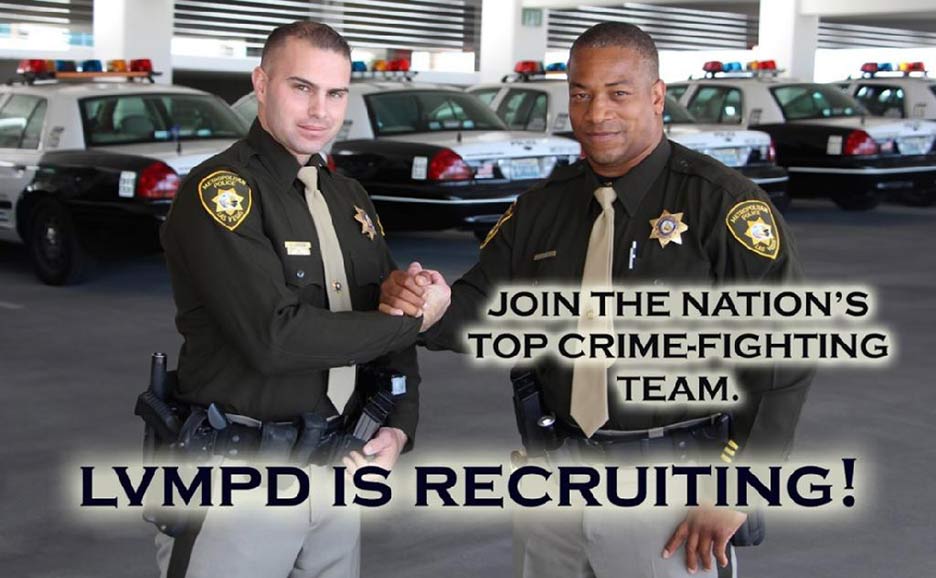 In the film Jerry Lewis plays Nicolas Cage's father. You would not know it, but there is a 37-year age difference between them.

I must say that when I saw Nicholas Cage is starring in this film, I thought here we go again, another cheap cheesy film by the desperate actor. Plus it co-stars Elijah Wood, who is less than hot right now. Last year Elijah had his first year with just a single film released, The Last Witch Hunter, and is only set to release one film this year too, The Trust. So, these two actors are not considered at the top of their game anymore and you may think that they will take any role that comes their way just to receive a paycheck (Cage has done this many times). But, I was pleasantly surprised by this trailer and intrigued into the story. While it is by no means an A+ film, I would say it hinges on the B- category and looks like it could be somewhat decent.