The trailer for The Proposal.

In this comedy from Anne Fletcher ("27 Dresses"), Sandra Bullock is a Canadian immigrant who is a demanding and difficult boss. Upon discovering she's about to be deported, she rushes into a marriage of convenience with her young assistant (Ryan Reynolds) to prevent the catastrophe.

Witnessing the success, in 2012 a Malayalam-language film, My Boss, was released as a loose remake of The Proposal. Just like The Proposal, My Boss was a box-office hit. 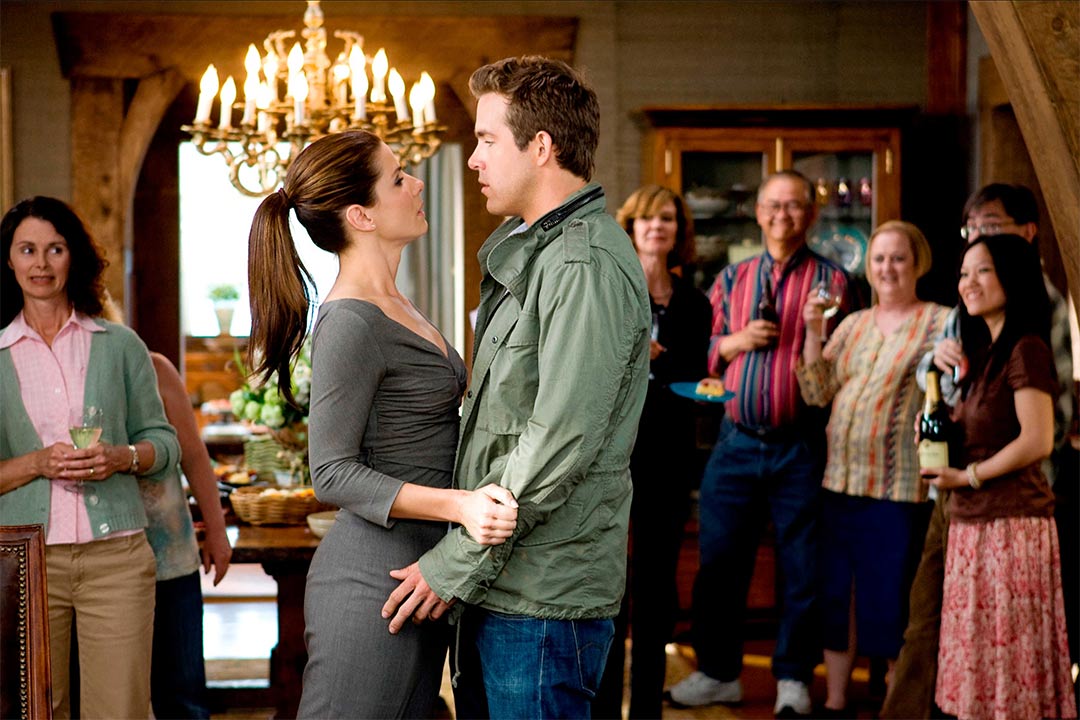 There are a few things about The Proposal trailer that should cause me to dislike it. First of all, the entire premise of the film is based on an unethical and highly illegal idea concerning marriage fraud. Sandra Bullock’s character must obtain a Visa so she can continue working and not get deported back to Canada. The second issue I would have is that the film is a standard romantic comedy with two characters bickering and declaring their hatred for one another, only to realize they are actually perfect together. Now, the reality is that I am on board with The Proposal one-hundred percent because I adore Sandra Bullock and Ryan Reynolds to a degree in which they could film themselves sitting at a table while making inside jokes to one another for two hours and I would probably watch it.

I find it refreshing to see the male lead be the slightly clumsy mess while the female lead is the tough cookie who has her stuff together. Sandra Bullock is great at playing a cute klutz, but it is nice to see her play such a self-assured woman. The two leads go home to Alaska to tell Reynold’s character’s parents all about his fiancé and since his family would probably not approve of the lies, they have to pretend they are a real couple, so hijinks ensue. Seeing Betty White is always a pleasure and I am pretty sure that is more than just an opinion, it is the consensus among film and television fans. Modern romantic comedies do follow a formula and The Proposal is no different, it has the two leads who must go from hating each other to loving each other, misunderstandings, and wacky physical comedy. Somehow, The Proposal is all of those things but much more enticing. The trailer demonstrates all of the likeability and charms of a romantic comedy done right.