In Columbia Pictures' comedy The House Bunny, Anna Faris charms as Shelley Darlington, a Playboy Bunny who teaches an awkward sorority about the opposite sex – only to learn that what boys really like is what's on the inside.

Shelley is living a carefree life until a rival gets her tossed out of the Playboy Mansion. With nowhere to go, fate delivers her to the sorority girls from Zeta Alpha Zeta. Unless they can sign a new pledge class, the seven socially clueless women will lose their house to the scheming girls of Phi Iota Mu. In order to accomplish their goal, they need Shelley to teach them the ways of makeup and men; at the same time, Shelley needs some of what the Zetas have – a sense of individuality. The combination leads all the girls to learn how to stop pretending and start being themselves.

Anna Faris actually did her own nude scene instead of using a body double. The reactions from the roommates we see on screen is completely genuine.

Anna Faris went on to do a clothed shoot for Playboy, because her publicist wouldn't let her go naked.

Some scenes for The House Bunny were shot in the real Playboy Mansion.

Anna Faris came up with the idea for the movie when she wondered what happened if a Playboy Bunny leaves the mansion.

During Oliver and Shelley's date, as seen in the trailer, she tells him she wouldn't listen to Simon's opinion on who to vote for but would trust Paula or Randy. This is a reference to the American Idol judging panel at the time. The lineup changed many times before the show ended for good in 2016. 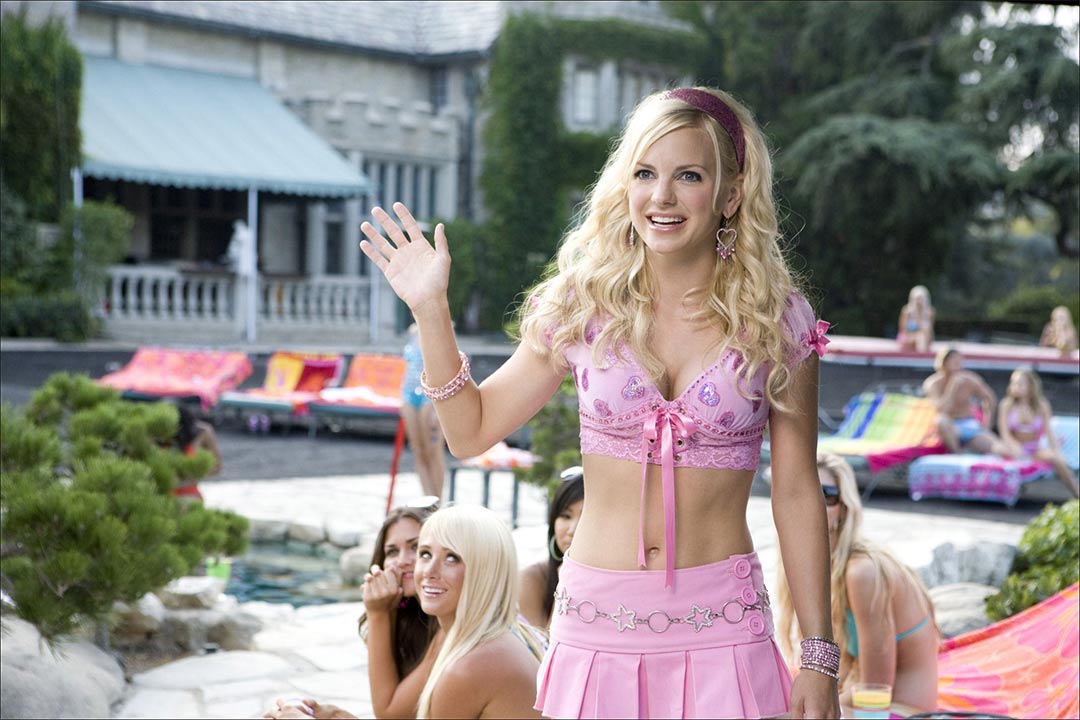 Anna Faris and Colin Hanks star in The House Bunny, a movie that is every bit as all-American as you'd think. At 27, Playboy Bunny Shelley is kicked out of the mansion and left with nowhere to go. She finds herself becoming a sorority house mother to a group of awkward girls and helping them to become more popular. Along the way, she meets Oliver, who it seems is more interested in Shelley's personality than anything else.

Of course, this movie is predictable, we can all see the ending a mile off, but I do like Anna Faris' acting, and Colin Hanks is adorable. Faris does throw herself into the role, but some of the gags in this trailer seem a bit lame. Still, I liked the joke about who Shelley would be voting for.

Though The House Bunny appears to be a movie with heart, I fear it might be lacking in depth somewhat, which is a shame. This could be the perfect vehicle for exploring exactly how tough it can be a woman growing up in today's society, having to find that elusive balance between being outwardly and inwardly beautiful, and how hard it is to stay true to yourself yet at the same time wanting to conform and fit in.

I fear the girls of Zeta, the sorority that Shelley leads, will try to change their physical appearances, as glimpsed in the trailer, before realizing that it's what's on the inside that counts...but will they really go back to being the person that they want?