Trailer for The Hateful Eight.

In The Hateful Eight, set six or eight or twelve years after the Civil War, a stagecoach hurtles through the wintry Wyoming landscape. The passengers, bounty hunter John Ruth (Russell) and his fugitive Daisy Domergue (Leigh), race towards the town of Red Rock where Ruth, known in these parts as “The Hangman,” will bring Domergue to justice. Along the road, they encounter two strangers: Major Marquis Warren (Jackson), a black former union soldier turned infamous bounty hunter, and Chris Mannix (Goggins), a southern renegade who claims to be the town’s new Sheriff. Losing their lead on the blizzard, Ruth, Domergue, Warren and Mannix seek refuge at Minnie's Haberdashery, a stagecoach stopover on a mountain pass. When they arrive at Minnie’s, they are greeted not by the proprietor but by four unfamiliar faces. Bob (Bichir), who’s taking care of Minnie’s while she’s visiting her mother, is holed up with Oswaldo Mobray (Roth), the hangman of Red Rock, cow-puncher Joe Gage (Madsen), and Confederate General Sanford Smithers (Dern). As the storm overtakes the mountainside stopover, our eight travelers come to learn they may not make it to Red Rock after all…

Samuel L. Jackson had to convince Quentin Tarantino to make The Hateful Eight, because after the script leaked online, Tarantino said he wouldn't film it. Clearly Jackson is very persuasive!

Tarantino cites The Thing and Reservoir Dogs as the influences for this film.

The Hateful Eight is the first Tarantino film to use mainly an original score; his previous movies all used mainly source music.

The song sung by Daisy was sung by Jennifer Jason Leigh live on set. 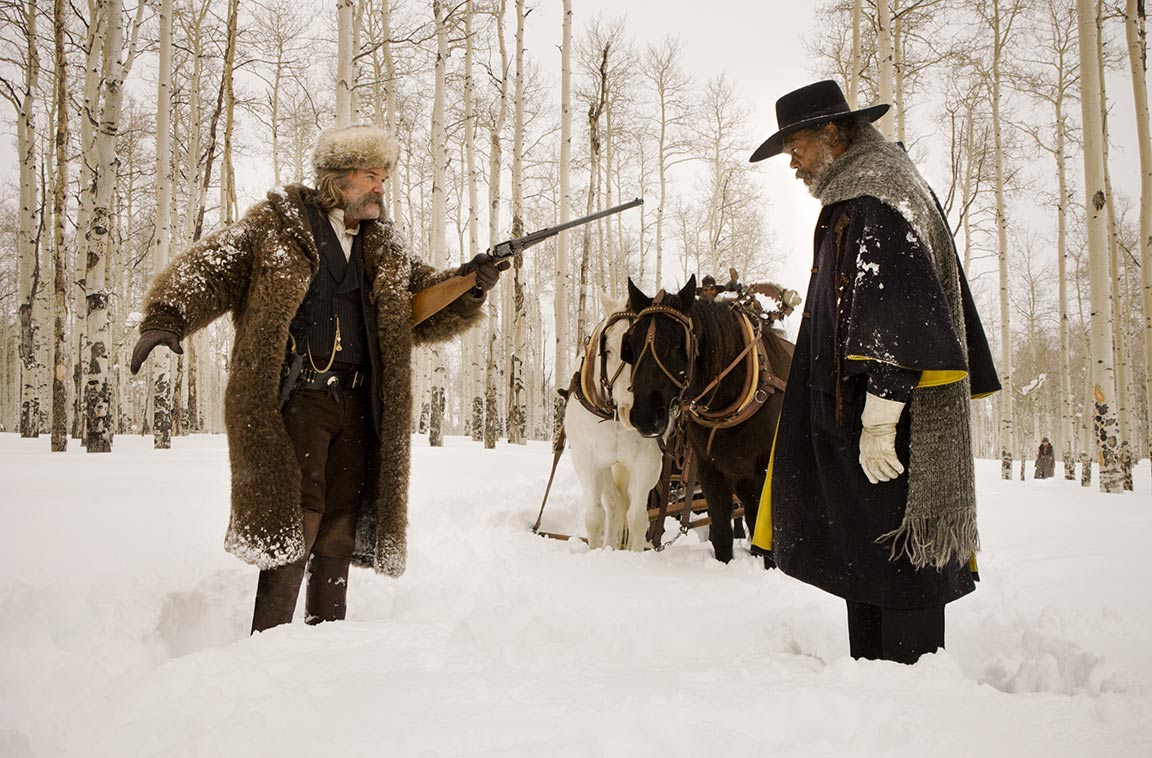 Quentin Tarantino has a fairly impeccable record when it comes to film making. It's pretty much a given that he always turns in something of fine quality, but every so often one of his films stands out even above all the others, and The Hateful Eight is one of those.

Many of the Tarantino regulars can be viewed in the trailer above, including Samuel L. Jackson, Tim Roth and Kurt Russell and it's always great when actors are familiar with a director's way of working because we get an even better performance.

The Hateful Eight is a fun film, and the trailer definitely reflects that. Eight strangers end up stranded at a mountainside stopover during a blizzard. Among them are an infamous bounty hunter, a fugitive, someone who claims to be the town sheriff, and the local hangman.

For some reason, though I don't usually care for violent films, I do really love Tarantino's work, and this movie seems to be set off perfectly by its score, composed by Ennio Morricone. Though he and Tarantino allegedly have a difficult working relationship, it's clearly one that works on a mutual understanding of each others creativity because the direction and score go hand in hand. 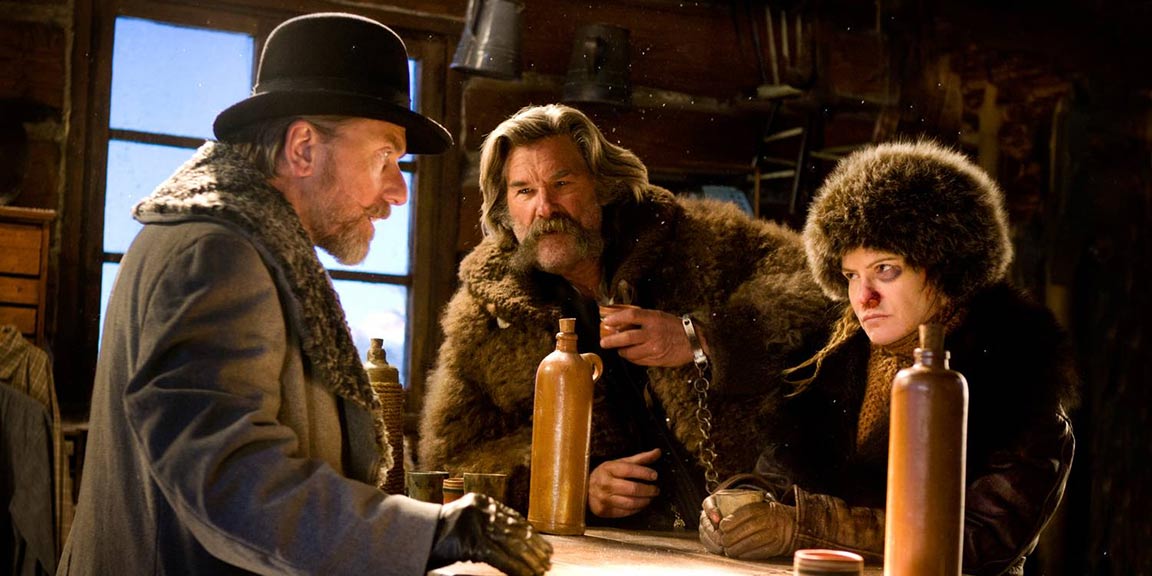