Trailer for The Foreigner, an adaptation that stars Jackie Chan and Pierce Brosnan.

Film is a timely action thriller from the director of Casino Royale. The film tells the story of humble London businessman Quan (Chan), whose long-buried past erupts in a revenge-fueled vendetta when the only person left for him to love -- his teenage daughter -- is taken from him in a senseless act of politically-motivated terrorism. In his relentless search for the identity of the terrorists, Quan is forced into a cat-and-mouse conflict with a British government official (Brosnan), whose own past may hold clues to the identities of the elusive killers.

With a heavily (sensitive) PC environment, imagine the dilemma that STX Entertainment had when attempting to give this adaptation a title. Based on the novel "The Chinamen", the film might not have gone over too well if marketed under the same name. Playing it safe, the studio instead went with a er, less geo-specific title.

The Foreigner is directed by Martin Campbell. If the name sounds familiar, it should. This is the same director that  gave us Casino Royale, which is awesome, and Green Lantern, which is terrible. So terrible that he took a six-year hiatus from directing, with this being his feature comeback. In truth, his filmography is all over the map. But we do forgive some of his speedbumps in part to the fact that he was in the director's chair for the thoroughly entertaining The Mask of Zorro.

As it turns out, Campbell was not the first choice either. Instead, the studio first offered the gig to Nick Cassavetes. Considering that he already had three productions on his calendar, it makes sense that he couldn't make time for another. 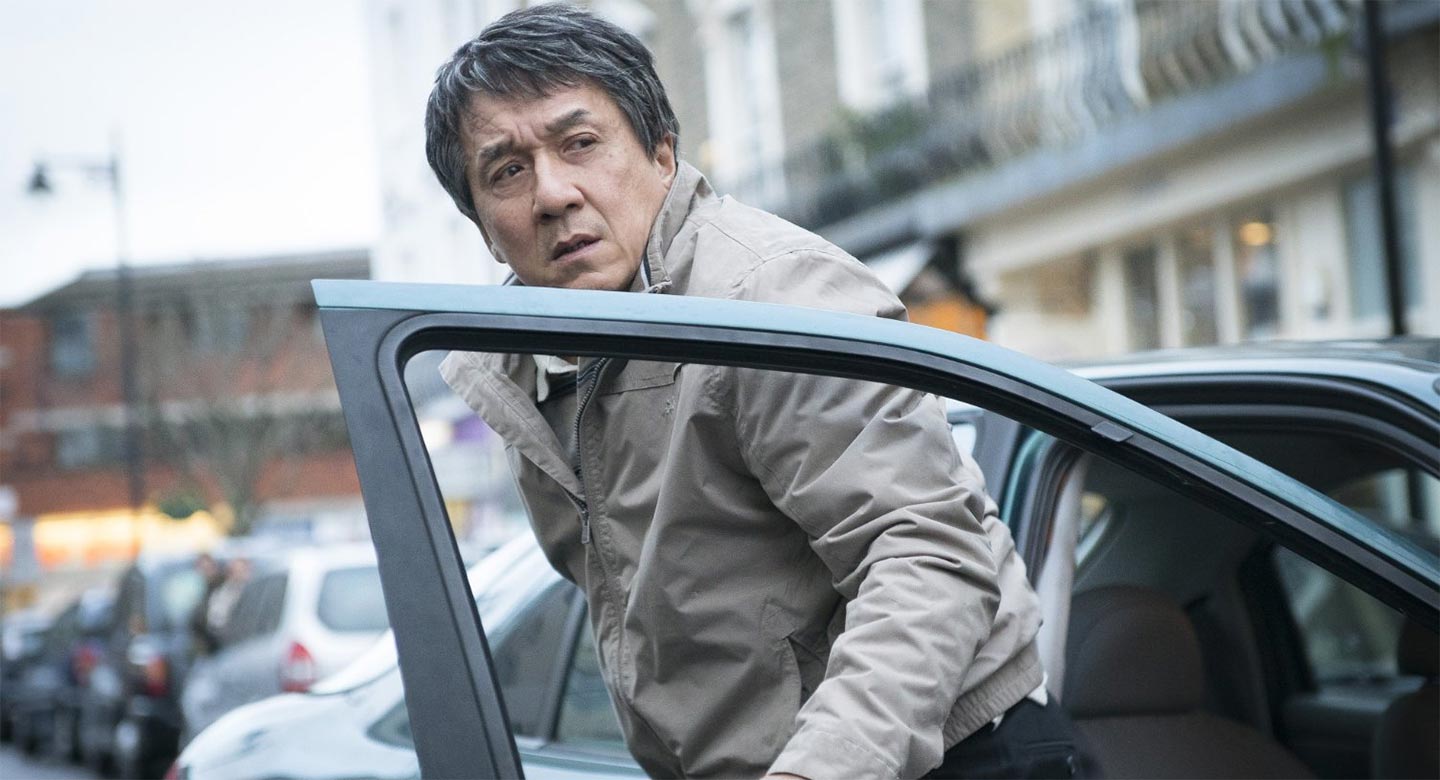 Jackie Chan and Pierce Brosnan? An interesting pairing for sure, but they look absolutely comfortable sharing the screen. And, while the film first presents itself like an Aftermath type story, but with Chan instead of Schwarzenegger, the action kicks in the latter half. I mean, come on, what's a Jackie Chan movie without a little kicking?

So yeah, that's pretty much expected, but seeing Chan playing the broken character feels oddly refreshing. I can't help but love how he looks in this role, but do have some minor issues with Brosnan. Such as he seems to be having a bit of a "Robin Hood" dilemma with his accent. If you are not getting the reference, it is how, in the first fifteen minutes of Prince of Thieves, Kevin Costner seemed to completely drop his English accent in favor of whatever made him more comfortable. The same seems in play here.

Brosnan is one second sounding very Brosnan, and another a member of the IRA. Could be splitting hairs, but it might prove a distraction during a theatrical viewing.

Other than that, this could be yet another hit for STX.