Theatrical Trailer for The Finest Hours.

In February of 1952, one of the worst storms to ever hit the East Coast struck New England, damaging an oil tanker off the coast of Cape Cod and literally ripping it in half. On a small lifeboat faced with frigid temperatures and 70-foot high waves, four members of the Coast Guard set out to rescue the more than 30 stranded sailors trapped aboard the rapidly-sinking vessel.

The Finest Hours is based on a true story. The real lifeboat used in the rescue mission still exists and is maintained in perfect condition at Rock Harbor, Massachusetts.

Post-production on the movie took over a year owing to the amount of visual effects shots- over 1000.
The Finest Hours was filmed mostly in Chatham, Massachusetts, which was the real-life location for the sea rescue.

Casey Affleck and Josh Stewart previously worked together on Interstellar, but Stewart did not appear on screen; he voiced the robot, CASE. 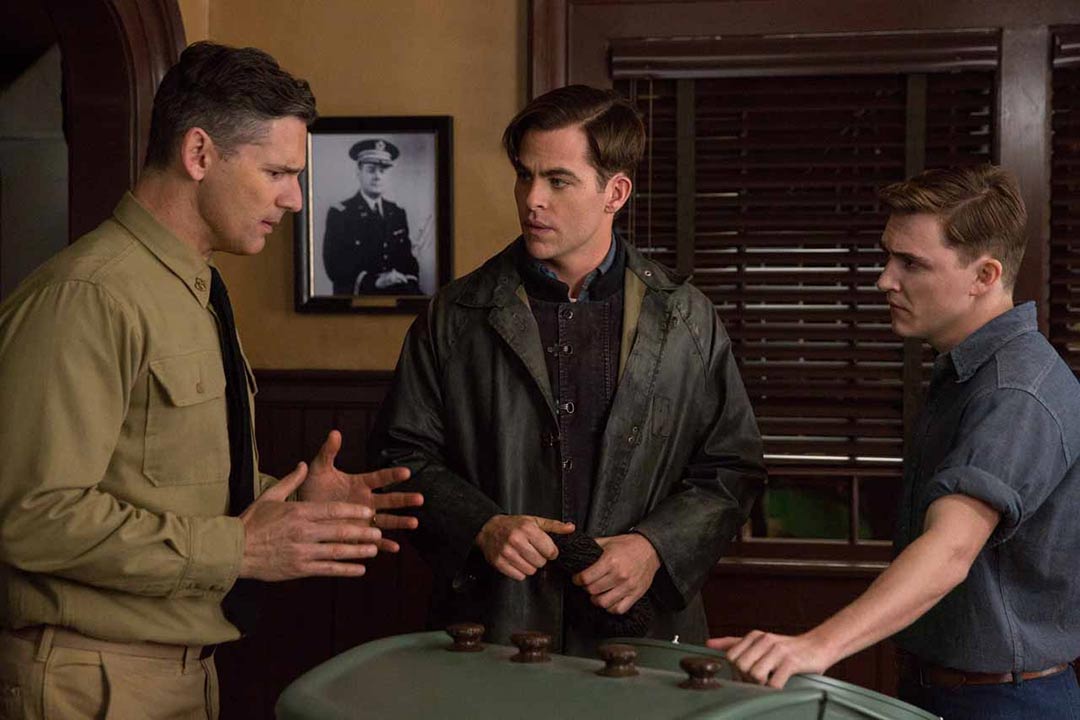 The Finest Hours almost seems to daring a rescue mission to have ever been true, but it did indeed happen. In 1952, a massive storm hit the coast of Massachusetts, wrecking the oil tanker, The Pendleton.

The local Coastguard were called out, and set forth in a tiny wooden boat to an almost certain death. The waves were enormous, the rain was driving hard, and no one in their right mind would have gone willingly into the sea, but if you become a coastguard, you commit to helping those in peril.

I love a good real-life movie, and the story of this rescue mission does lend itself perfectly to the big screen. However, Disney seems to have over-sensationalized it somewhat, which takes away from the desperate reality of the situation. I'd have liked a lot more gritty realism but instead, this trailer just seems to highlight the work of the special effects department. Now, that work is great, and entirely necessary, of course, but it just all seems a little too glamorous.

Possibly the entire movie gives viewers a better chance to be affected by the story, but I'm afraid the trailer just left me a little unmoved, whereas I wanted to be willing the coastguard crew on. If Disney are hoping for a blockbuster here, then I feel they've missed the mark and instead just turned up a lot of over-hyped acting and great special effects resulting in a movie that is lacking in the one thing that could have made it stand out; namely the incredible true-life storyline.