God exists. He lives in Brussels. He’s odious to his wife and daughter. We know a lot about his son, JC, but very little about his daughter. Her name is Ea and she’s 10 years old. One day, she rebels against her father, hacks his computer and texts everyone in the world the date they will die. Then she escapes to Earth, where she recruits six Apostles for a Brand New Testament.

Fans and computer nerds alike found it amusing during a particular sequence from The Brand New Testament when Ea (Pili Groyne) begins typing on her father's computer. While her finger movements and keypresses suggest one speed, what appears onscreen doesn't match her rhythm. If it's hard to imagine, think of the flight attendant sequence from Meet the Parents. Sometimes her fingers would even stop while the typing sound kept going. 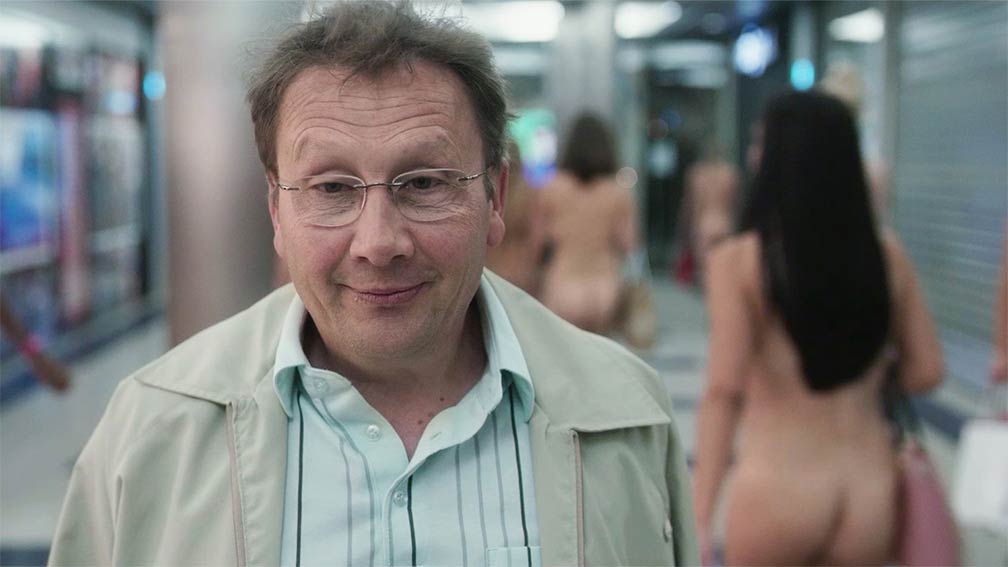 The Brand New Testament does not shy away from nudity

While The Brand New Testament trailer might look a bit off its rocker, the film actually cleaned up during its festival run. The Belgian submission to the Academy Awards, the film won Best Film from the Belgian Film Critics Association. The film went on to be nominated for three awards at Cannes, was nominated for Best Foreign Language Film at the Golden Globe Awards, and won Best Comedy at Fantastic Fest. And that's just using a few of many examples.

While the film might land us an express pass to hell, The Brand New Testament looks fun and mischievous enough to land a VOD viewing. Plus, an old co-worker called the film "real magicalism" after seeing it. If we had any complaints, it is that the trailer was green band and not red band.

Now we're left taking bets on whether the foreign film winds up on Netflix or Amazon.