Jackie Moon (Will Ferrell) is a player, a coach, and an owner of a team who is trying be one of four teams to merge into the NBA. Now all the Flint Michigan Tropics have to do is put together a winning season.

Surprisingly, this isn't Will Ferrell's first time fighting a bear. He also had to fight a bear in Anchorman: The Legend of Ron Burgundy.

The ABA (American Basketball Association) was a real basketball league. It was founded in 1967 and concluded when it merged with the NBA in 1976. Along with this, all of the teams (except the Flint Tropics) that appear in the film were real ABA teams. Even the uniforms were the same.

The bear seen in the film actually went on to kill one of his trainers in April of 2008, not too long after Semi-Pro hit theaters. Stephan Miller died from a bite on his neck. 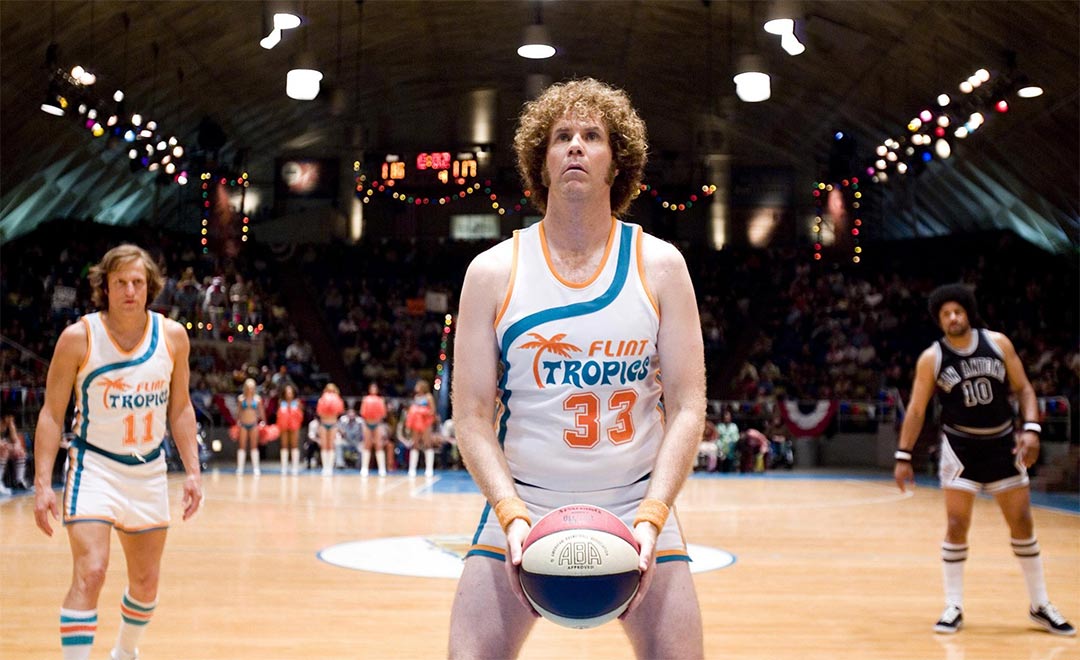 When you see a trailer with Will Ferrell, your mind is automatically going to flash to " comedy" mode (though he has appeared in a serious role...that one time). Knowing this is a comedy, it's obvious from Jackie Moon's interview that he is a big fish in a small pond. He's arrogant, cocky, and is clearly shown as the main character from the numerous cuts in the beginning of the trailer (Jackie Moon is a coach, player, owner). The whole beginning focuses on Ferrell's character.

Once the scene talking about the merger is introduced, the tone shifts from just Jackie Moon to the rest of the cast. As Moon is going to have to pull his team together to end up in the top four in terms of wins, his teammates are introduced in the trailer. Woody Harrelson and Andre Benjamin are shown and it's clear they are going to try and help the team win.

The music is upbeat and appropriate for the time period, 1970's, in which Semi-Pro takes place.