Trailer for Ran, the 1985 classic from director Akira Kurosawa.

At the age of seventy, after years of consolidating his empire, the Great Lord Hidetora Ichimonji (Tatsuya Nakadai) decides to abdicate and divide his domain amongst his three sons. Taro (Akira Terao), the eldest, will rule. Jiro (Jinpachi Nezu), his second son, and Saburo (Daisuke Ryu) will take command of the Second and Third Castles but are expected to obey and support their elder brother. Saburo defies the pledge of obedience and is banished.

Ran had tons of costumes and up to 2000 suits of armor. So many in fact that several hundred had to be created by hand, and that part of the pre-production took a whopping two years. And time was not on director Akira Kurosawa's side. He was 76 years old when he directed the film and his eyesight was so bad during production that he needed help from assistants to accomplish frame shots. Maybe if he had attempted to direct the film a decade earlier -- when he actually came up with the idea for Ran and started the script -- he might haven't been so dependent on storyboards to see what he was actually shooting. 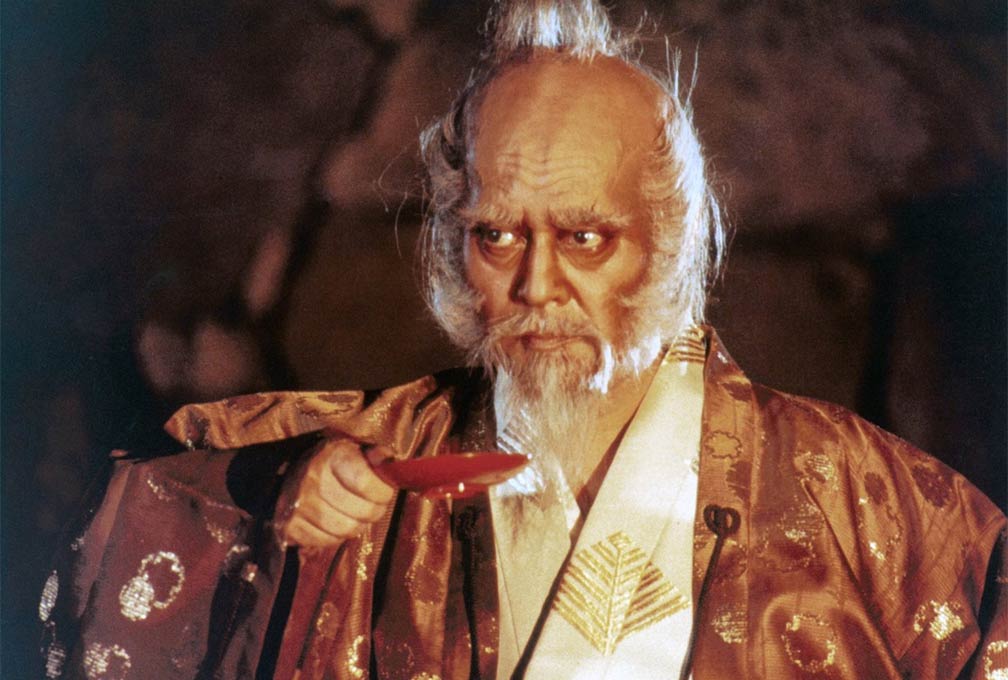 Watching a high-definition Ran trailer had me wondering if anything that wasn't noticeable in low-res would come to the surface; like the fact that Tatsuya Nakadai spent hours layering on makeup in order to age himself to the look of Hidetora. As it turns out, you can definitely tell at times that the actor is rocking a ton of makeup. Case in point: If you go to the 54th second in the trailer, Hidetora almost looks like a geisha. Awesome.

Besides pores and makeup issues -- which films created today also struggle with when shown in HD -- Ran definitely will benefit from the upscaling thanks to all the film's vast longshots, bright, contrasting colors, and meticulously crafted costumes.

Could be one of the rare remastering's worth visiting theaters for.