Charlie Brown, Snoopy, Lucy, Linus and the rest of the beloved Peanuts gang make their big-screen debut, like they’ve never been seen before, in state of the art 3D animation. Charlie Brown, the world’s most beloved underdog, embarks upon an epic and heroic quest, while his best pal, the lovable beagle Snoopy, takes to the skies to pursue his arch-nemesis, the Red Baron. From the imagination of Charles M. Schulz and the creators of the Ice Age films, The Peanuts Movie will prove that every underdog has his day.

Charles Schulz wanted to call his strip L'il Folks, but there was already a strip with that name, so the title Peanuts was forced upon him. Schulz hated the title and never used it in any of the specials or movies he made.

All of Snoopy's noises and Woodstock's chirruping in the movie come from archive recordings of the original voice artist, Bill Melendez.

In the movie, the moving van belongs to "Mendelson and Melendez", named after Lee Mendelson and Bill Melendez, the long time producers of the animated Peanuts TV specials. 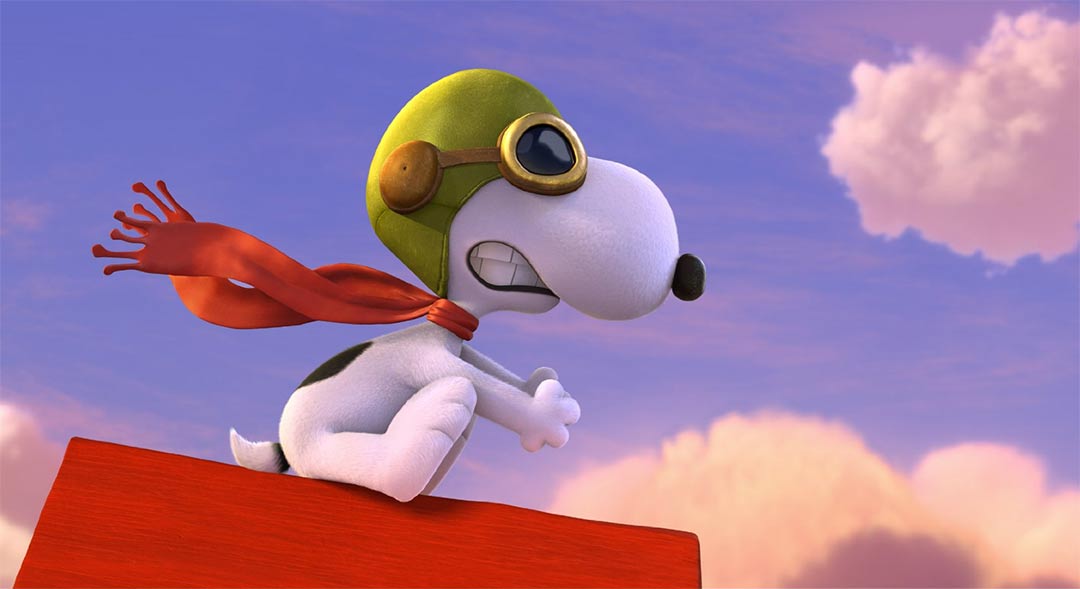 The joy of Peanuts, both on screen and in comic strip form, has always been its simplicity. Blue Sky had a hard task trying to emulate this for The Peanuts Movie. For a start, animation has made massive advancements since the release of the last theatrical Peanuts movie, 35 years ago.

Audiences want and expect more, both from animation and also from plot lines; kids are harsh critics and not having grown up with the Peanuts gang, will they really take this movie to heart?

Well, yes. In short, Blue Sky animation have done a brilliant job here, creating CGI characters that still retain the bright, vivid charm and simplicity of the original TV specials. The plot is once again relatively simple; Snoopy continues to fight his old nemesis The Red Baron, while Charlie Brown tries to summon up enough courage to speak to the new Little Red Haired Girl. But it's the friendship between a boy and his dog which is at the heart of this movie, and which will appeal to kids and adults alike. As Charlie says: "Snoopy, what would I do without a friend like you?"

Charlie Brown is a relatable and very likable character. He's socially awkward and luck is never on his side, but he's someone we all root for. His gang of friends, Linus, Peppermint Patty, Lucy and Schroder included, are all back for this movie too. The trailer is charming, sweet, and really makes you want to spend a couple of happy hours escaping into the delightfully simple world of the Peanuts gang.