Night at the Museum: Battle of the Smithsonian Teaser Trailer (2009)

Teaser trailer for Night at the Museum: Battle of the Smithsonian.

In the sequel, the Museum of Natural History is closed down for upgrading and the exhibits are put into storage at the Federal Archives in Washington, D.C. Amy Adams will play an undetermined historical figure who has a crush on security guard Larry (Stiller).

Night at the Museum: Battle of the Smithsonian is the ninth time Ben Stiller and Owen Wilson have appeared in the same movie. Others include Zoolander, Starsky and Hutch, and Meet the Fockers.

This is the first movie ever to film inside the Smithsonian.

In the movie, Ivan the Terrible says his name is misinterpreted, and calls himself Ivan the Awesome instead. This is true in part; a more accurate translation of the Russian is Ivan the Fearsome, or Magnificent. 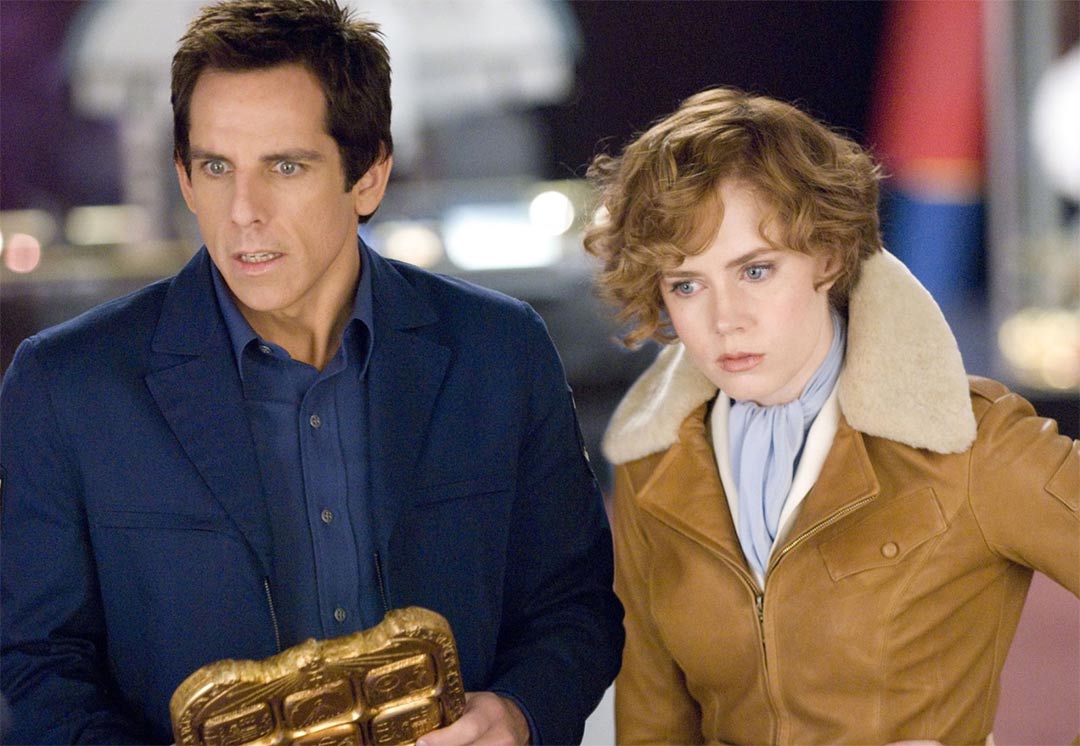 Larry Daley is back for another Night at the Museum, though this time it's a different museum. When the Museum has to be refurbished, the exhibits are put into storage at the Smithsonian leading to another night of total mayhem for Larry who is either the luckiest or unluckiest security guard ever, depending on how you view historical figures coming to life, I guess.

Robin Williams is back as Teddy Roosevelt, along with Owen Wilson as Jedediah and Steve Coogan as Octavious. Other cast return too, and there's the welcome addition of Amy Adams as Amelia Earhart, the first female pilot to fly solo across the Atlantic.

The trailer gives a pretty good idea of what to expect from the film; which is more of the same humorous conflicts that we saw in Night at the Museum. That's not to say it's a bad thing, not at all. On the contrary, Night at the Museum is a thoroughly enjoyable film, and given that so many of the original cast are returning, I'd say it's a safe bet to assume they're fun movies to make, too.

For me, Robin Williams is always entirely watchable, but it's Owen Wilson and Steve Coogan that bring the real humor. As the small but mighty Jedediah and Octavious, they steal every scene they're in. It's a pity Coogan doesn't have any lines in this trailer though.

Ben Stiller always seems the same in every film he's in; again, not necessarily a bad thing, but I can take or leave his presence in this. Instead, I prefer to focus on the historical characters and the way these actors bring them to life. So the Night at the Museum films aren't the most deep and meaningful films out there, but they're always fun to watch and simple too. Sometimes, that's all you need.