Mac and Kelly are ready to make the final move into adulthood. But just as they thought they have reclaimed the neighborhood, they learn that the new neighbors next door are even more out of control than the last and to get them out they're gonna need help from an ex neighbor.

Neighbors 2: Sorority Rising reunites Seth Rogen and Rose Byrne for the third time; their other two movies together are Neighbors and The Something.

Neighbors 2 is also a reunion for director Nicholas Stoller and Byrne; they previously collaborated on Get Him To The Greek and Neighbors.

The theatrical release poster for Neighbors 2 is a parody of Marvel's Captain America: Civil War, which will be released less than a month before. 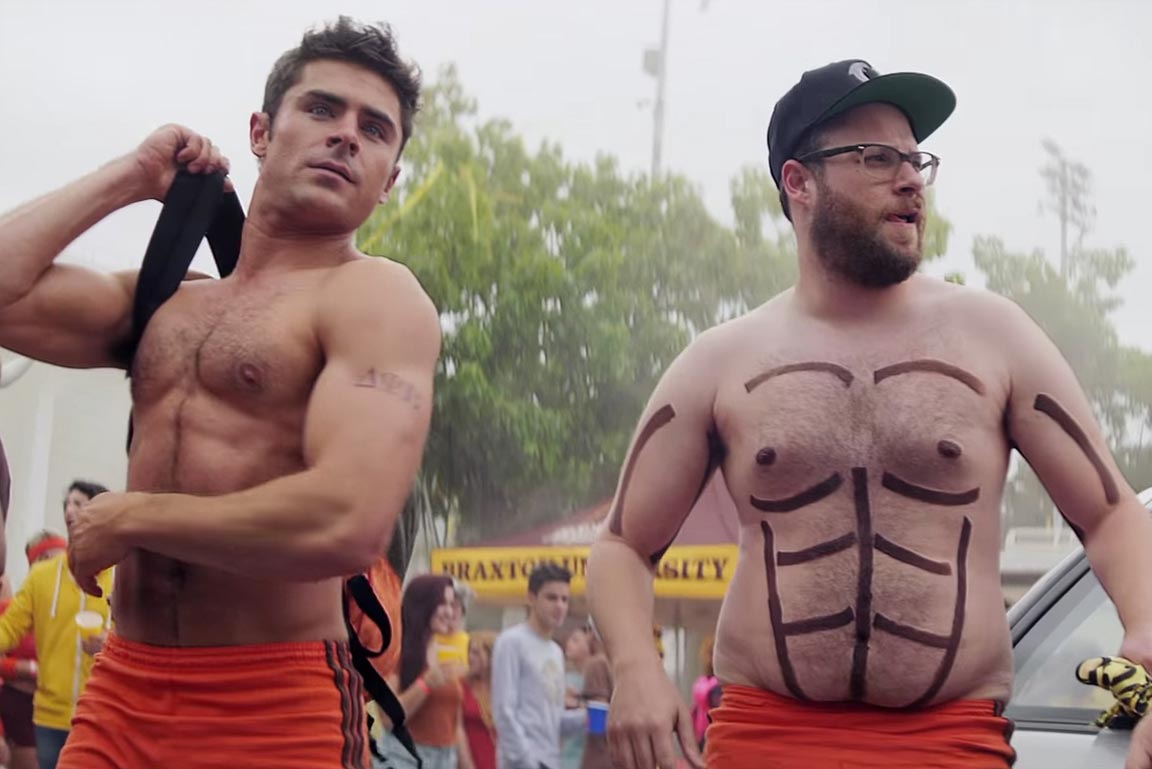 If a movie can make me laugh, the chances are I'm going to enjoy it whether it's actually great or not. After the success of Neighbors, which fared well at the box office and garnered generally positive reviews, Zac Efron, Seth Rogen, and Rose Byrne all return for the sequel.

Sequels, particularly of comedies, have a history for being weaker than the originals, but I'm really hoping that's not the case here. Having finally gotten rid of the frat boys next door, Kelly and Mac can breathe a sigh of relief and get on with trying to sell their house....only then a sorority move in. Thanks to the efforts of Shelby, the sorority become renowned for their hard partying ways, and Kelly and Mac decide that Teddy is the one to help them out of this situation.

Zac Efron has certainly managed to shed his good boy image, and he's doing well at playing these comedic R-rated roles. It's actually really nice to have him back in Neighbors 2, and he plays off Rogen and Byrne well.

Will the movie be any good? Well, let's take a look at the trailer. It looks to be in a similar vein to Neighbors, and I guess you could say, if it's not broke, don't fix it. The girls seem even more wild than the frat boys were though, and it will be interesting to see how Teddy has grown up (if at all) and what advice he gives to Mac and Kelly. This trailer doesn't make me laugh as much as the Neighbors ones did, but it does still raise a smile and it's a movie I'm looking forward to watching.