Oscar winners Tom Hanks and Julia Roberts reunite for a dramatic comedy about how the hard knocks from today's recession inspire one everyday guy to undergo a personal reinvention: Larry Crowne.

Until he was downsized, affable, amiable Larry Crowne (Hanks) was a superstar team leader at the big-box company where he's worked since his time in the Navy. Underwater on his mortgage and unclear on what to do with his suddenly free days, Larry heads to his local college to start over. There he becomes part of a colorful community of outcasts, also-rans and the overlooked all trying to find a better future for themselves...often moving around town in a herd of scooters. In his public-speaking class, Larry develops an unexpected crush on his teacher Mercedes Tainot (Roberts), who has lost as much passion for teaching as she has for her husband.

The simple guy who has every reason to think his life has stalled will come to learn an unexpected lesson: when you think everything worth having has passed you by, you just might discover your reason to live.

Tom Hanks wrote the screenplay for Larry Crowne with Nia Vardalos. Hanks produced the film My Big Fat Greek Wedding which Vardalos wrote and starred in. The premise of the film is based on something that happened to a friend of Tom Hanks.

After Bryan Cranston was cast as Julia Roberts’s husband, he went on an accelerated workout regime, and whitened his teeth as an attempt to convince audiences that someone like Julia Roberts would be married to someone like him.

Larry Crowne is the second film written and directed by Tom Hanks. The first one was That Thing You Do. This is also the second film Hanks has made with Julia Roberts, the first was Charlie Wilson’s War.

Larry Crowne had a budget of $30 million and earned over $72 million worldwide. According to Universal Pictures, 75% of the opening weekend audience was over the age of 50. 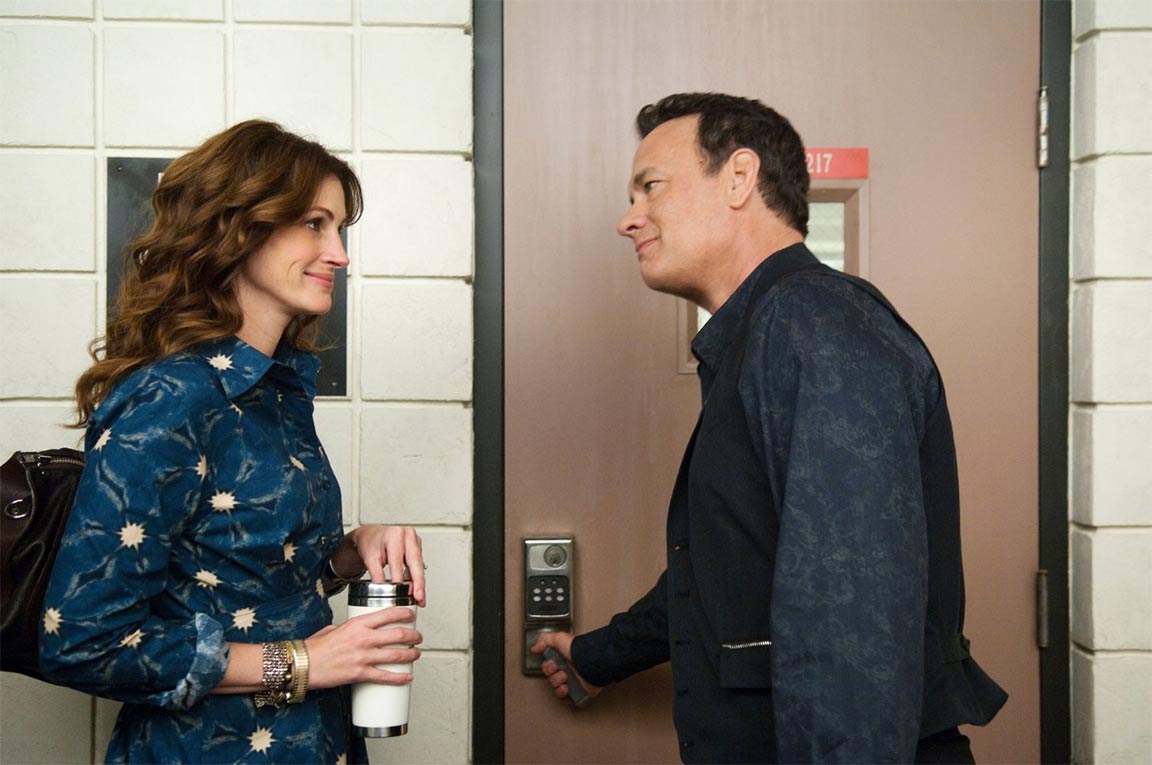 Tom Hanks plays a non-threatening, charming, and likeable guy once again for the film Larry Crowne. Hanks writes and directs this sweet little flick about a man who has worked at box store a long time but in spite of his fantastic work ethic, is fired because he doesn’t have a college degree. Who says thousands and thousands of dollars of student loan debt won’t get you a job? You can work at a fake Kmart, how exciting. With nothing else to do, Larry goes back to school but rather than running into Rodney Dangerfield he gets Julia Roberts as his Speech professor. Score!

However, it seems Julia just does not like her job all that much because it is a community college and there seems to be plenty of students who just do not care about being there so of course drinking seems to help that for her. What helps her, even more, is the always optimistic and joyful Tom Hanks because he makes everyone feel better. Larry not only helps out his speech teacher, he also makes new friends, gets a job at a diner and gets a super cool moped.

It is almost impossible not to like a movie with Julia Roberts and Tom Hanks as the leads since they are truly terrific. The trailer for Larry Crowne is endearing and fun. 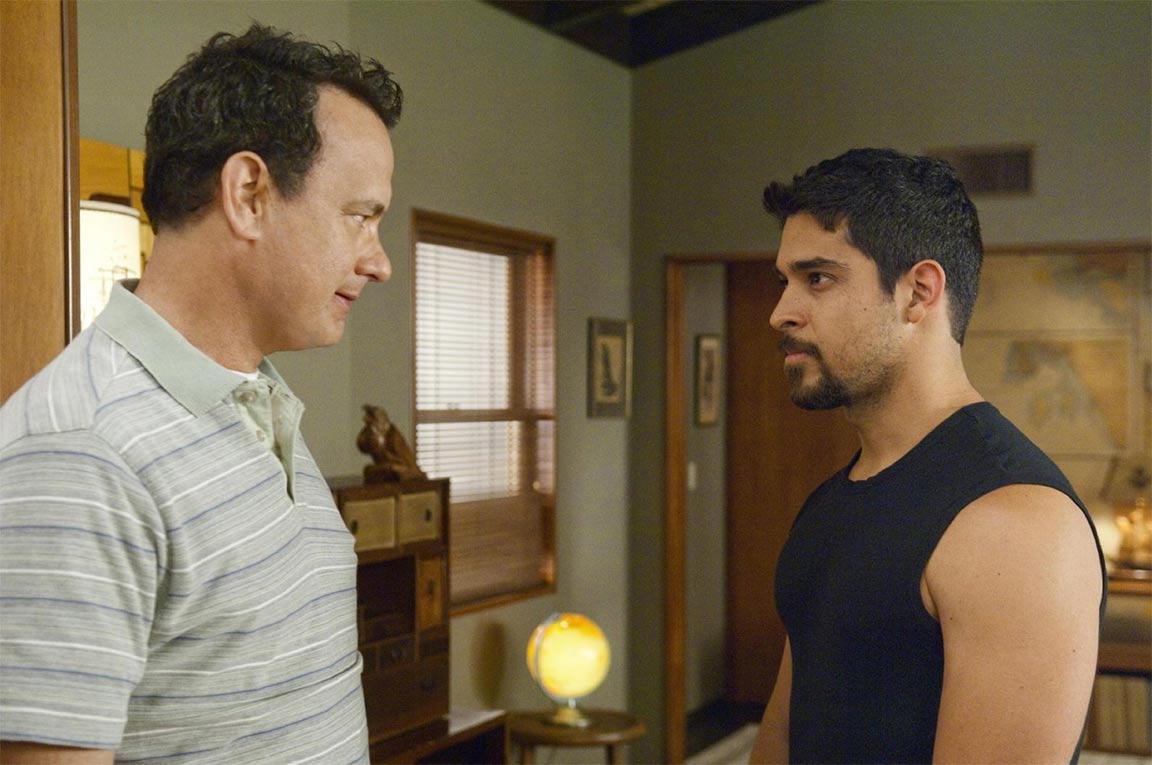