Three years later, Spencer and Jen are still enjoying a picture-perfect marriage - that is, until the morning after Spencer's 30th birthday. That's when Spencer and Jen learn he's the target of a multi-million dollar hit. Even worse, the hired killers have been stalking the happy couple for years, and could be anyone: friends, neighbors, the grocery store clerk, even that crabby old guy shuffling across the street.

Now Spencer and Jen are on the run for their lives. As their suburban paradise turns into a paranoid game of dodge-the-bullet, they must find out who wants Spencer dead and why, all the while trying to save their marriage, manage his pain-in-the-ass in-laws, keep up neighborly appearances... and just plain survive.

And you thought suburban life was easy.

Ashton Kutcher who has had a presence on social media since its earliest inception and is known as the first person to have 1 million followers on Twitter, posted the first 13 minutes of Killers on his Twitter page.

The film had a budget of $75 million and earned just over $47 million domestically. Like other films, the movie was able to earn back its investment with the worldwide box office of $98 million.

Director Robert Luketic worked with Katherine Heigl one year prior in the film The Ugly Truth. Not surprisingly, Heigl plays a romantically challenged woman in that film as well. 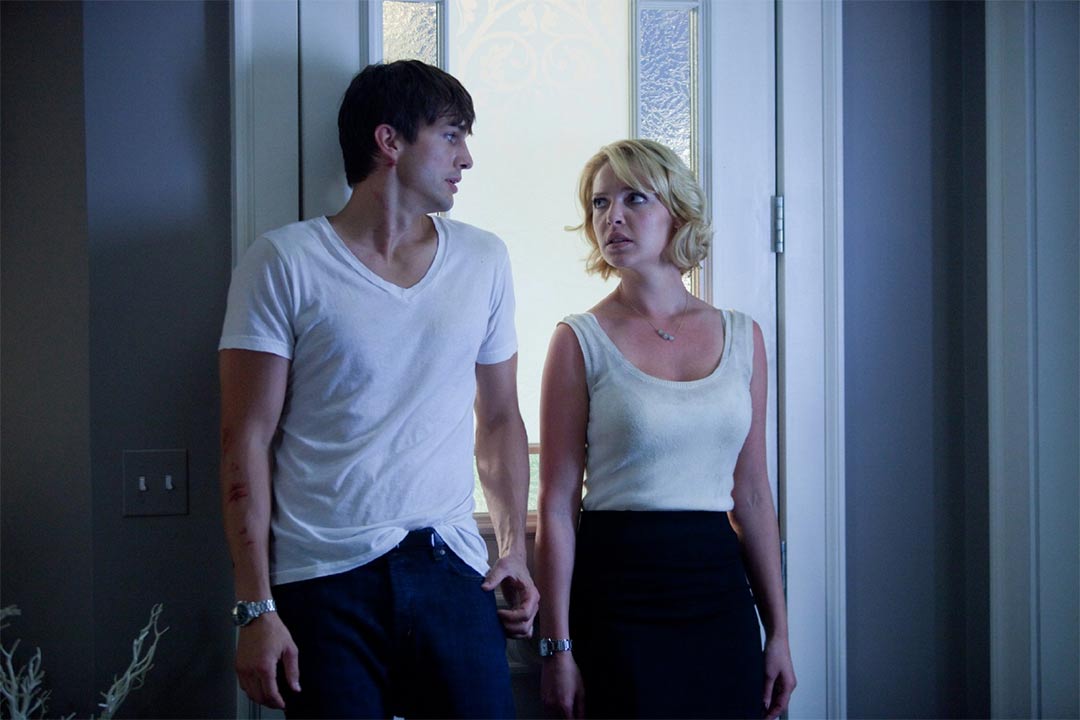 If Mr. and Mrs. Smith only had one contract killer and one clueless wife, rather than two gorgeous badasses, you would get something along the lines of Killers.

Katherine Heigl once again plays a woman who is perpetually alone despite the fact that she is a tall, beautiful blond, with large breasts and a cute smile, ugh Hollywood. She is on a sad vacation with her parents, played by the odd coupling of Tom Selleck and Catherine O’ Hara, when she meets some guy who looks like a Calvin Klein model from the 90s. Ashton Kutcher follows her around with his“Awe shucks” barely a smile and gets her to let loose and have a little fun which results in them continuing their relationship at home. One thing Kutcher forgot to tell her was that he worked for the “blah, blah, blah” and has a license to “blah”, which obviously was more than she signed up for. For some reason, she goes from being a timid woman to assisting her new husband in his kills.

In all fairness, the trailer for Killers is kind of cute and utilizes the charm of both Heigl and Kutcher more than a lot their films, and they actually make sense as a couple. There is a lot of hate directed toward Heigl, but I still find her incredibly likeable, and she does have the ability to play the by-the-book woman who lets herself have a little fun really well. All in all, the trailer for Killers looks like a silly, funny, and sweet ride.