The Iron Man script was not completed when filming began, so a lot of the dialogue had to be improvised. Director Jon Favreau thinks this makes the film seem more authentic. Robert Downey Jr.loved improvising but Gwyneth Paltrow did not as she found it difficult to think of comebacks for Downey Jr.'s wit.

Robert Downey Jr.'s past helped him win the part. Jon Favreau said that since Downey Jr. had lived his biggest mistakes in the public eye, he could connect with Tony Stark, and make him a "likeable asshole."

Paul Bettany, who provides the voice of Jarvis, recorded all his lines in two hours. He said he didn't know what film he was working on, he just did the job as a favor to Jon Favreau. 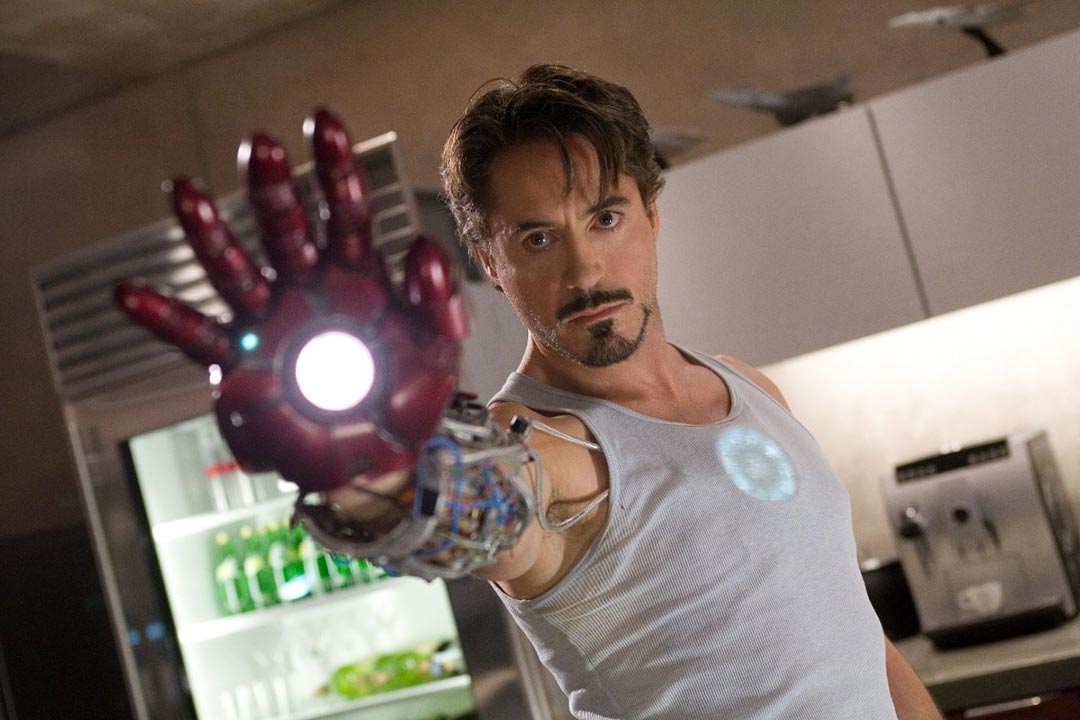 Robert Downey Jr. becomes Iron Man in this, the first film to open up the Marvel Cinematic Universe. If you're new to Marvel films, this is the one to start with. It tells the story of Tony Stark, who was (and still is, sometimes) a bit of an asshole, and very arrogant. But it's an endearing arrogance, and you couldn't hate him if you tried.

Tony Stark is a scientist with a background in weapons of mass destruction. After being nearly blown up, Stark is taken prisoner by a group of Afghan terrorists. His fellow captive, Yinsen, fits an electromagnet into Stark's chest to keep the shrapnel in his body from entering his heart and killing him. The pair secretly build an armored suit, powered by Stark's electromagnet, to aid their escape. Yinsen sacrifices himself when their project is discovered, enabling Stark to use the suit to break free.
Back home, Stark announces that his company will no longer manufacture weapons, and he makes a new, more reifned suit and a more powerful magnet for his chest. Lo and behold, Iron Man is born.
Iron Man is, to me, the coolest of all the Marvel superheroes. Downey Jr. plays him with such panche that you fall a little bit in love with him, but mainly you just spend the film in awe of his awesomeness. This trailer shows Tony Stark to be the cool cat that he is, but it doesn't really showcase his caring side, such as when he saves a whole village from missile attack.

Iron Man contains lots of humor, lots of explosions, lots of cool tricks. It works, it's a great movie, and it makes you want to see what else the MCU has to offer.