Lifelong buddies Willie, Joe and Al, decide to buck retirement and step off the straight-and-narrow for the first time in their lives when their pension fund becomes a corporate casualty. Desperate to pay the bills and come through for their loved ones, the three risk it all by embarking on a daring bid to knock off the very bank that absconded with their money.

Morgan Freeman and Michael Caine must have a thing for one another. That or they've both been around so long that it comes as no surprise that the two would wind up in six films together. Two of which were thanks to the Now You See Me franchise. If you wanted to be more impressive in a game of "six degrees of separation", you could also link these two with The Dark Knight franchise as well. Alan Arkin, another veteran, had yet to work with Freeman until this feature.

It should also be noted that our three star robbers -- Freeman, Arkin and Caine -- are also all Oscar winners.

If the film's title and premise sounds familiar, you'd be right. Hollywood, which seems short on ideas thanks to the industry's attention to sequels, remakes, spinoffs and reboots, decided to do a modern day telling of the 1979 classic. In that film, the three older friends were played by George Burns, Art Carney and Lee Strasberg. 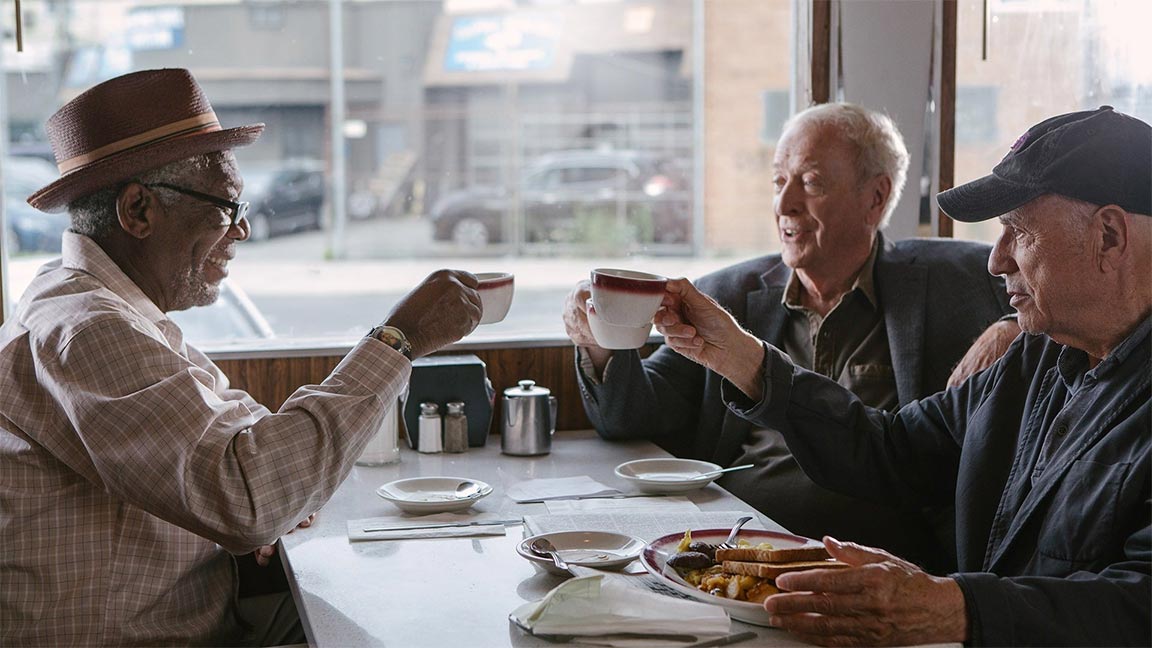 Though I love each of these actors, I found the most laughs with the cameo appearance of SNL's Kenan Thompson. And that was a short segment! Ehh, maybe it's because this film was not meant to appease my generation, but moviegoers who are a few (decades) older.

What does make sense is the film's timing. With a media agenda to make large institutions, such as banks, the bad guy while the common working man is seen as cheated by these institutions, the film's concept seems like a nice fit. But, then again, in a highly politicized and polarized United States at the moment, this concept alone might turn off some moviegoers looking for an escape without the need to think about the economy or job security.

The biggest draw for this film is obviously the film's three lead stars. Always comfortable, the trio look happy to be sharing  the screen together.