A vacationing family, Naomi Watts and Tim Roth, get taken captive by their next door neighbors played by Michael Pitt and Brady Corbet.

The 2008 film is a remake of the 1997 movie of the same name. Michael Haneke directs both the 1997 and 2008 versions of Funny Games. The 2008 film is a shot-by-shot replica of the 1997 film. The only difference, besides the cast, came when Naomi Watts character, Ann, gets undressed. While the character did get undressed in the original as well, it was only later in the film. Watts convinced Haneke to accept this adjustment as it makes the character feel more vulnerable to the audience.

Even the house was designed the same, with the production crew finding the architectural blueprints for the original floor plan. 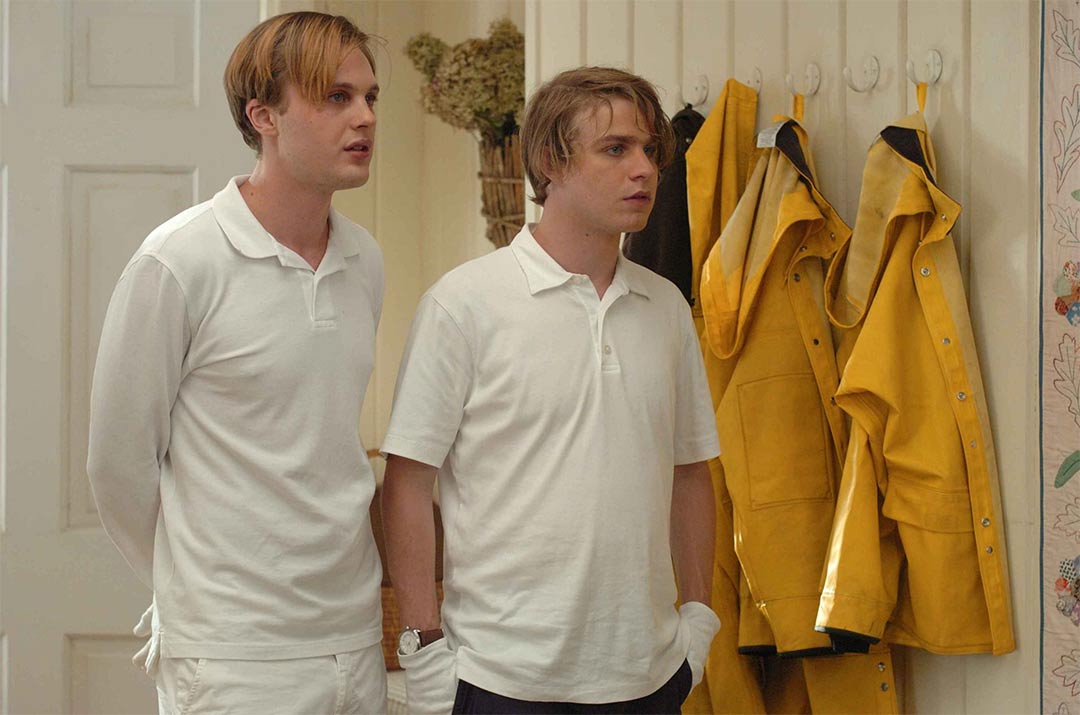 These three words are the best descriptions of this Funny Games trailer. As the trailer starts, the viewer's attention is immediately drawn to the serene and classical music. This, in turn, creates an uneasy feeling in the viewer (almost as if the audience is anticipating terrible things happening...and they would be right). The classical music characterizes the family, giving off an affluent and wealthy vibe.

When the villains are introduced, the music stays classical, but changes tone to a more curious and ornery tone. As violence is introduced to the protagonists, this music makes the audience question why they are seeing peaceful music with violent imagery. This combination perfectly embodies the tone of the villains, who seem to be participating in these "funny games" for no apparent reason.

Like the three words used above, the second half of the trailer is interspersed with hard cuts to contradictory words being paired together, such as "sensual and evil" and "magnificent and monstrous". These pairings capture the essence of the entire trailer, which is contradiction.