Trailer for Dheepan, the latest film from Jacques Audiard.

Film tells the powerful story of Dheepan, a Sri Lankan Tamil warrior who is forced to flee to France to escape the civil war, posing as a family with a woman and young girl he has never previously met.

Finding work as a caretaker of a housing block in the suburbs of Paris, Dheepan works to build a new life and home for his ‘wife’ and ‘daughter’, but the daily violence he confronts quickly reopens the violence from his past, and he is left fighting for their livelihood, and eventually their lives.

The story of Dheepan resonates with lead actor Jesuthasan Antonythasan, who was once a boy soldier for the Tamil Tigers before fleeing Sri Lanka for France. His story nearly matches the film's synopsis, save for the later criminal activities. Jesuthasan Antonythasan now writes and works as a political activist.

His acting credits are minimal, as Dheepan is the first feature (and leading) role Jesuthasan Antonythasan has ever done. Fortunately he's not alone, as his female co-stars Kalieaswari Srinivasan and Claudine Vinasithamby have also never acted in a feature before. 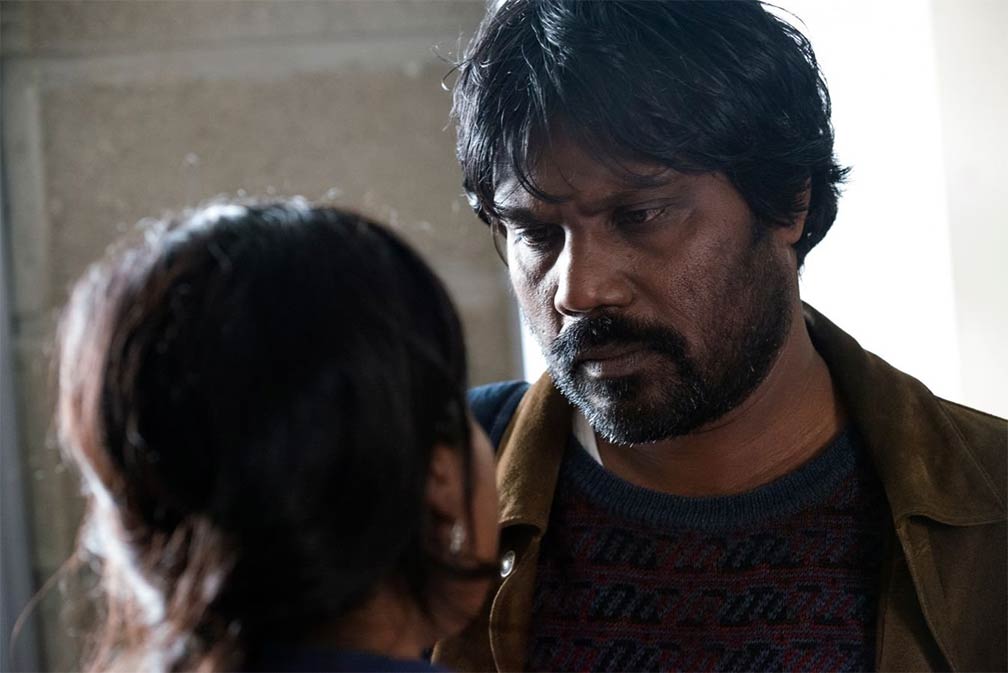 The feedback out of the 2015 Cannes Film Festival for Dheepan described the film as a strong and poignant drama. The film played so well with critics (and audiences) that it won the festival's Palme d'Or award. With such strong feedback, it didn't take long for some bigger studios to pick Dheepan up.

When it comes to the trailer, it feels and sounds just as astonishing as the film itself. The music is wonderful, and the imagery is excellent. While at times I roll my eyes when trailers feel the need to include critical acclaim, I understand Studio Canal's reasoning for the Dheepan trailer, especially considering that it is a subtitled film.

Toss in a dose of the unflinching crime to be seen in the film, and even that can't help but look marvelous. While a wide release in the states is doubtful, this will be one to see on VOD or whatever premium network picks it up.