Dear John tells story of John Tyree (Channing Tatum), a young soldier home on leave, and Savannah Curtis (Amanda Seyfried), the idealistic college student he falls in love with during her spring vacation. Over the next seven tumultuous years, the couple is separated by John's increasingly dangerous deployments. While meeting only sporadically, they stay in touch by sending a continuous stream of love letters overseas--correspondence that eventually triggers fateful consequences.

Dear John opened snagged the top spot at the box offices when it was released in February 2010 with over $30 million. It was also the first film to knock Avatar out of its top spot after seven weeks.

The film features a song written and performed by the character of Savannah (Amanda Seyfried) to her beloved John (Channing Tatum). Seyfried actually did write and perform the song entitled “Little House” and can be heard on the film’s soundtrack.

Dear John is the fifth Nicholas Sparks novel to become a film. Another novel turned film The Last Song  was also released the same year. 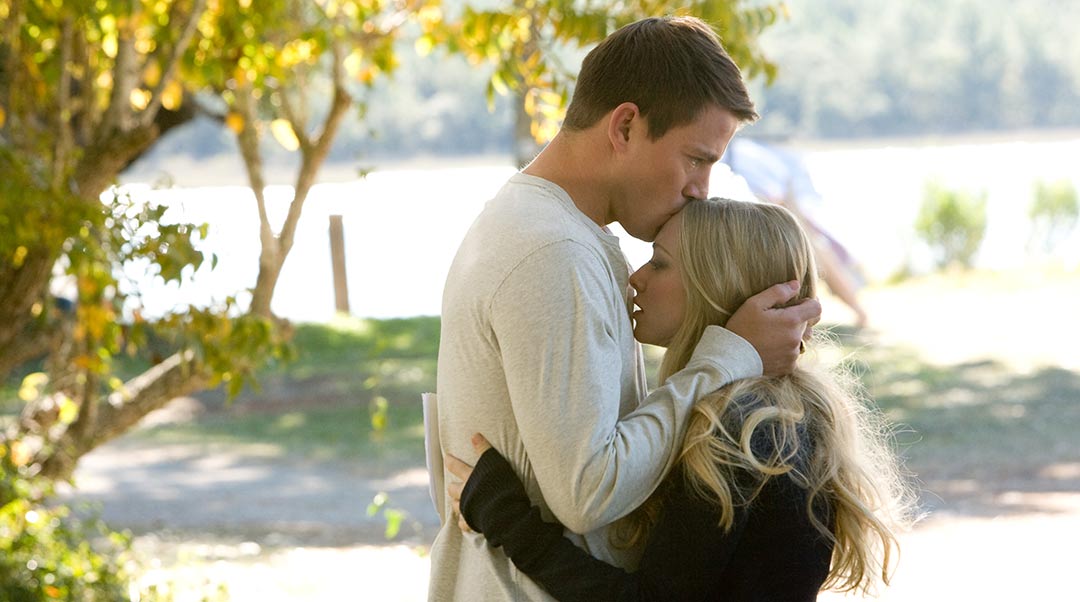 The trailer for Dear John could also be called "Beautiful people being beautiful while falling in love". Based on another Nicholas Sparks novel, Dear John includes Channing Tatum as a soldier home on leave who meets Amanda Seyfried. They fall in love because it would be impossible not to fall in love with either one of them, seriously, they are both adorable. Their love is all encompassing but this is a Nicholas Sparks story so things have to get rough for the two love birds. Tatum’s character gets sent back to war and Seyfried’s character writes him letters.

The title is Dear John, which does not bode well for the two characters considering a Dear John Letter usually means the woman is trying to end the relationship with her significant other, but then again, the man is named John. All of the elements of a good romantic drama are included in the trailer, including dreamy eyes, prolonged moments before a kiss, tears, over-the-shoulder nudity, and love letters.

The two leads have a lot of chemistry, but can they live up to with Rachel McAdams and Ryan Gosling chemistry in The Notebook? That would be a difficult feat. Other than the exhausting emotion that comes from a long distance romance, there is also a subplot about John’s father who apparently ends up in the hospital, of course, because Sparks really likes to milk every bit of sadness out of life.

The Dear John trailer has all of the ingredients for a sappy romantic drama filled with manipulative plot points to get audiences to cry as much as possible, and even though that fact is so blatantly obvious, the two lead stars make the film look like a real charmer ideal for when you want a good cry.