The trailer for Fox Searchlight's Cyrus.

With John’s social life at a standstill and his ex-wife about to get remarried, a down on his luck divorcee finally meets the woman of his dreams, only to discover she has another man in her life – her son. Written and directed by Jay and Mark Duplass, the iconoclastic filmmaking team behind Sundance Film Festival favorite The Puffy Chair, Cyrus takes an insightful and funny look at love and family in contemporary Los Angeles.

Still single seven years after the breakup of his marriage, John (John C. Reilly) has all but given up on romance. But at the urging of his ex-wife and best friend Jamie (Catherine Keener), John grudgingly agrees to join her and her fiancé Tim (Matt Walsh) at a party. To his and everyone else’s surprise, he actually manages to meet someone: the gorgeous and spirited Molly (Marisa Tomei).

Their chemistry is immediate. The relationship takes off quickly but Molly is oddly reluctant to take the relationship beyond John’s house. Perplexed, he follows her home and discovers the other man in Molly’s life: her son, Cyrus (Jonah Hill). A 21-year-old new age musician, Cyrus is his mom’s best friend and shares an unconventional relationship with her. Cyrus will go to any lengths to protect Molly and is definitely not ready to share her with anyone, especially John. Before long, the two are locked in a battle of wits for the woman they both love—and it appears only one man can be left standing when it’s over.

Using the innovative improvisational techniques that have earned them critical accolades and a devoted following, Jay Duplass and Mark Duplass enter the mainstream with a touching, original story that blends humor and heartbreak, much like life itself.

The film was shot in sequence, which is a rarity. With the film’s expedited production schedule and limited budget of $7 million, it was an effective and efficient option. Though it didn't mean much for revenue, as Cyrus just barely recouped its budget. The film cost $7 million to make and it earned just under $10 million worldwide. 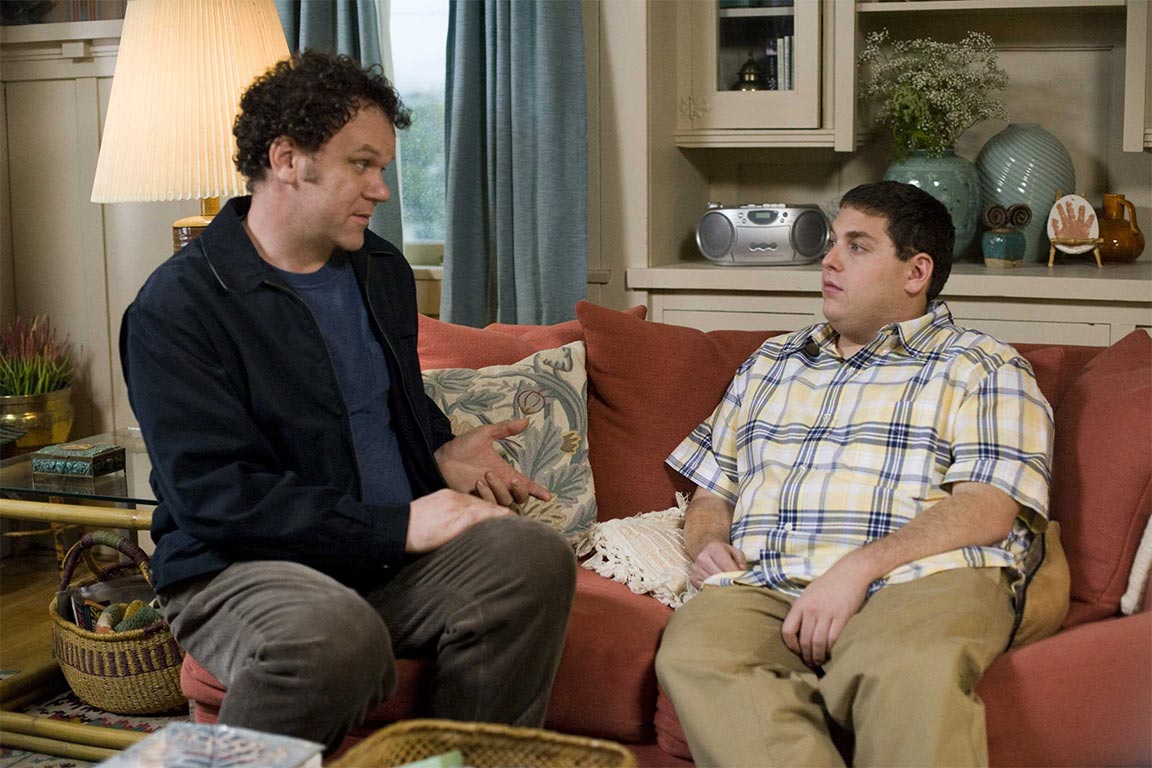 Cyrus seems like it should be a broad comedy with much more scenery chewing actors, so the fact that it stars John C. Reilly in a much more subdued performance along with Jonah Hill who has a surprising amount of range as an actor makes the film a lot more interesting.

The trailer begins with Reilly being a bit of a lonely guy who cannot seem to find anyone who understands him until he meets Marisa Tomei. He also has an ex-wife played by Catherine Keener, which most likely means she made him feel like a terrible and useless person during their marriage because Keener seems to always play that kind of character. Luckily, we have the complete opposite type of person for Reilly’s character with Tomei. Marisa Tomei always plays frazzled women who can never find someone who loves her, which makes little sense because Tomei is so lovely and cute, but in Hollywood that is how things work. Jonah Hill plays her adult son with a level of weirdness only Hill can pull off successfully. The great thing about Jonah Hill is his comedic moments are always based on real human emotion which always makes it funnier. Does his character have some sort of incest relationship with his mother? Or is he just a stunted man/child who needs his mommy?

The trailer for Cyrus is strange but not in an off-putting way which makes it entertaining and intriguing. The cast is perfect and the level of humor and storytelling is exactly what would be expected of the Duplass brothers who wrote and directed Cyrus.