Trailer for Cop Out.

Two longtime NYPD partners on the trail of a stolen, rare, mint-condition baseball card find themselves up against a merciless, memorabilia-obsessed gangster. Jimmy (Bruce Willis) is the veteran detective whose missing collectible is his only hope to pay for his daughter's upcoming wedding, and Paul (Tracy Morgan) is his "partner-against-crime" whose preoccupation with his wife's alleged infidelity makes it hard for him to keep his eye on the ball.

Cop Out marks the first film Kevin Smith has directed that he did not also write. It was the first of his films that were produced by a major production company. The studio was originally going to name the film, “A Couple of Cops” to which Kevin Smith thought was a bit of a cop out in terms of titles, so the producers decided to call it Cop Out.

It was well publicized that Bruce Willis and Kevin Smith did not get along. Willis found Smith to be an inexperienced director and thought he spent more time smoking pot than directing. Smith thought Willis must intimidating, stifling, and just unpleasant. 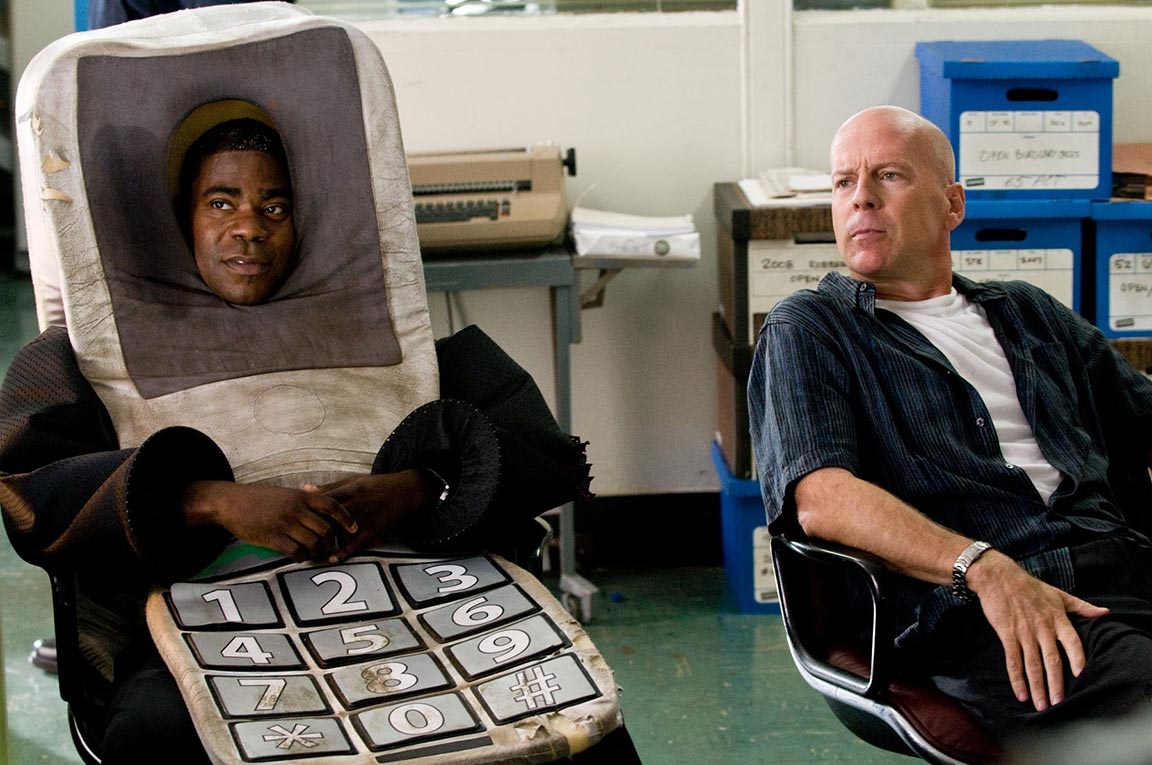 The trailer for Cop Out has plenty of things to like about it but that may not be enough. Tracy Morgan and Bruce Willis are partners for some reason probably because it is a buddy cop movie which requires the partnering of two guys that could not be more different.

The trailer is not specific in the ways in which they are a wacky pairing but knowing Bruce Willis and Tracy Morgan as actors, it is pretty obvious. Morgan appears to be comfortable in the Cop Out playing his typical character which I assume is not that much different than Morgan himself. Willis seems like he has no idea how someone talked him into being in the movie. Then there is Stifler himself, Sean William Scott playing an obnoxious guy the two cops have arrested. There is not much information who he is other than the antagonizer to Tracy Morgan. Is there ever any reason Sean William Scott is in a movie? He is one of the many mysteries of the movie industry. He’s not the worst actor but he is definitely expendable.

Kevin Smith directs the film which is strange since he did not write it. Why would anyone hire Kevin Smith to only direct a movie? His strength is surely not directing but writing and without his rapid pace dialogue, what is the point?

The trailer for Cop Out is appropriately named because it does not provide much plot information or evidence that the film will be good or bad and in that way truly is a film copout.